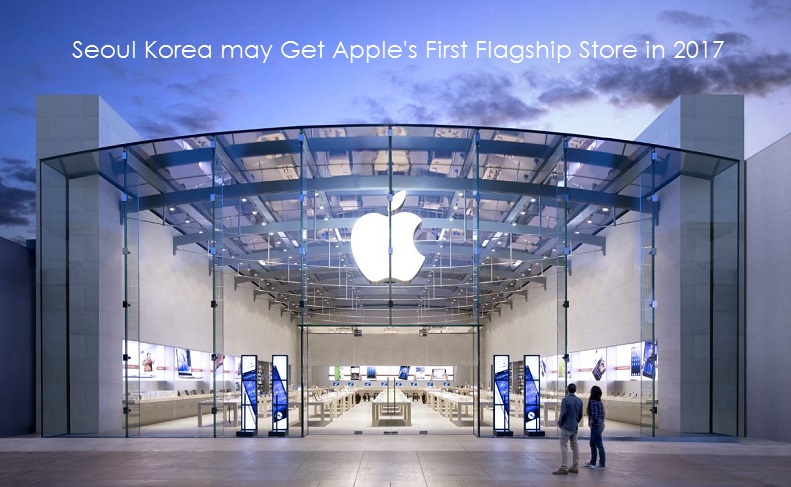 In 2014 the Korean press bitterly complained about Apple opening one store after another in China while having none in their country. Of course this was the year of iPhone 6 mania that was clobbering the Galaxy Note 4 at the time and went on to smash the all-time record for a foreign company selling smartphones. The iPhone 6 seemed to break the mold and Apple was seen as the coolest phone by South Koreans in their 20's. With the trend on the rise, Apple is now seriously investigating serval locations that would be right for their first flagship store in that country.

The Wall Street Journal (WSJ) is reporting today that Apple isn't only looking at a prime location, they're actually looking at one location that's just across the street from Samsung's headquarters. Another is located near Samsung's flagship store in Seoul's upscale Gangnam neighborhood, acccording to their sources. It sure sounds like Apple wants to get right in Samsung's face.

The WSJ report further notes that the plan isn't final and could take a year or more before it's complete. The plans described thus far however sound very aggressive and I'm sure that Apple fans in Seoul will cheer to have their very first flagship store of their own to brag about – and it's about time.

In 2017 Apple is rumored to be launching an anniversary iPhone with a whole new form factor that will sport an OLED display. This would certainly be an exciting product to kickstart Apple's entry into Samsung's turf.