In April of this year Patently Apple posted a report titled "Will Apple Extend their use of OLED Displays to Future iPads, MacBooks & Beyond?" The report covered Samsung's likely introduction of AMOLED panels for notebooks by partnering with a company called Parade. The CEO of Parade stated that "Samsung's introduction of AMOLED panels for notebooks is an important milestone in the PC industry, and we are honored to be chosen as a development partner by Samsung in this endeavor." With Apple partnering with Samsung for iPhone OLED displays, I wondered if Apple had bigger ambitions for OLED displays as in extending their use to other devices. Today a patent filing by Apple came to light at the U.S. Patent Office that clearly indicates that this is so. In addition, Patently Apple posted a report earlier this month titled "Display Experts Claim that the iPhone 7 LCD Display is the Best Ever Tested." In some benchmarks Apple was able to advance LCD's to even better OLED. As Apple is about to shift to OLED, it must be understood that Apple has filed multiple patents to advance OLED and compensate for its many short comings. Today, two more OLED centric inventions have come to light applying to future OLED displays for Apple products. And lastly, an old Apple Watch patent resurfaced regarding the use of its Photodiode sensor that rests against the user's skin.

For geeks who like to dig deeper into some of Apple's more technical patent filings, today is a treat for you. Two new OLED inventions from Apple have come to light. The first patent application is 20160284275 titled "Organic Light-Emitting Diode Display with Smooth Dimming Control."

In this invention Apple points to a problem with OLED displays when it comes to controlling the brightness of displays that use a peak luminance control algorithm that doesn't always work which produces unexpected color shifts in the display. 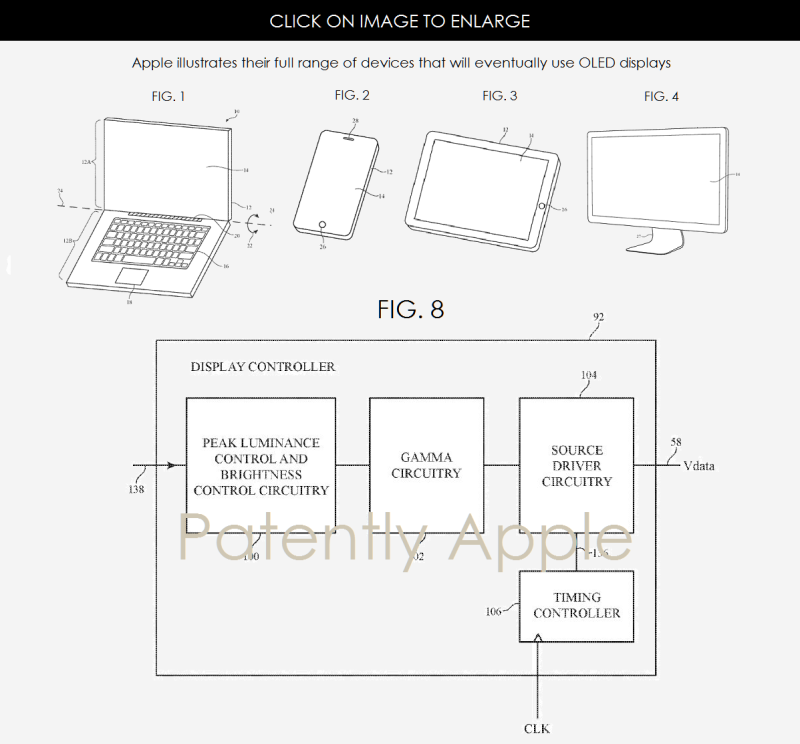 To review the finer details behind this invention, review Apple's patent application in full here.

To review the finer details behind this invention, review Apple's patent application in full here.

Another OLED related patent has surfaced today titled "Ambient Light Sensing through the Human Body." It happens to be one of the original Apple Watch patents. 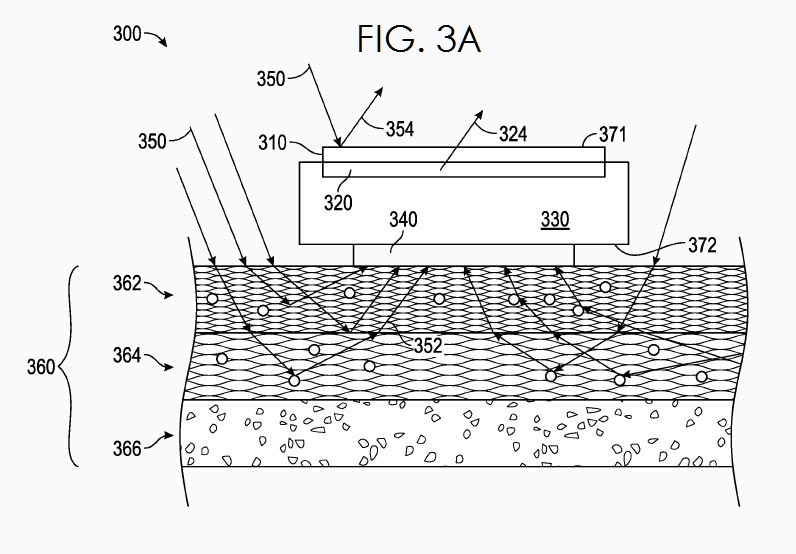 Apple's patent FIG 3A noted above illustrates a cross-sectional view of an exemplary portable electronic device with optical sensors located outside of the device body on the underside of the device.

More specifically, Apple notes that the optical sensor can sense visible light, infrared light, ultraviolet light, and/or other spectra of light, or can be any combination or portion of the above spectra. The optical sensor may be any type of sensor or sensors, including, but not limited to, a photoresistor, optical detector, chemical detector, photovoltaic cell, photodiode, phototransistor, charge-coupled device, and so on.

As noted in Apple's original Apple Watch graphic noted below, they decided to go with a "photodiode" optical sensor as referenced to in the patent above from Apple's patent point #0034.

So this isn't a new invention as others are claiming today or something that coming in the future. No, it's simply reviewing what was introduced with the original Apple Watch. 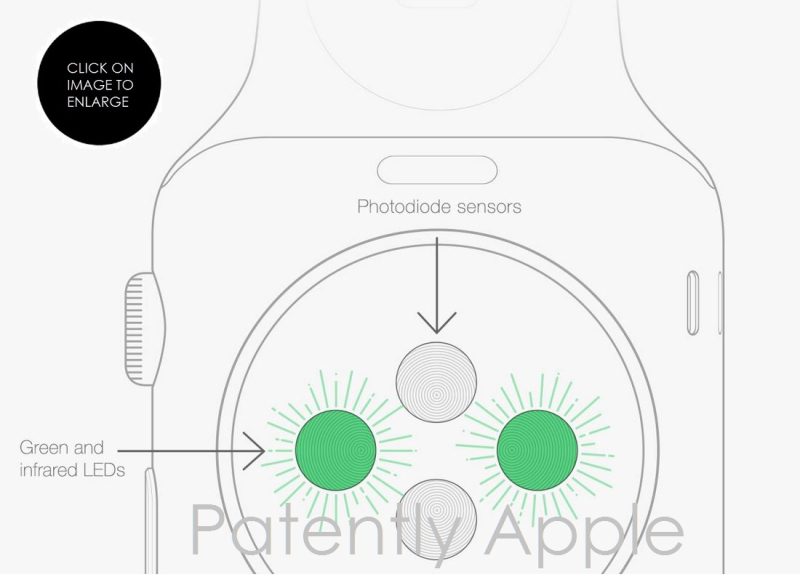