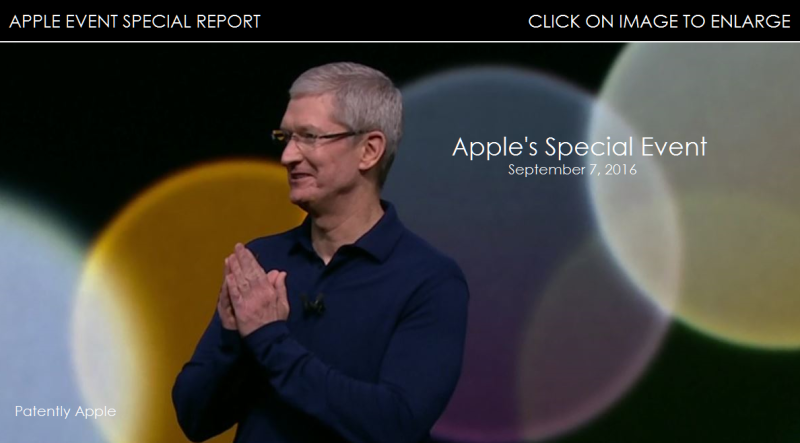 Apple introduced the iPhone 7 earlier today and while watching Apple's Senior VP of worldwide marketing Phil Schiller introduce the iPhone 7, it was evident once again that several patents and categories of patents were fulfilled today. Our report points out some of the more obvious inventions that came to life today while presenting you with a series of five Apple product videos that succinctly summarize each of the products that were launched today in all their glory.

In this video, Jony Ive talks about their obsession for quality. A second phase process for finishing the iPhone 7 highlights a new Anodization process, a process and system that we recently covered in our August 18, 2016 patent report titled "Apple Reveals Fanatical Attention to Product Details in Processes for the Milanese Watch Band and Beyond." This is now a patent fulfilled. Ive also points to a finishing bath that was covered in a 2013 patent report that covered two inventions. The second patent was titled "Cosmetic Defect Reduction in Anodized Parts."

Overview of the iPhone 7

Apple's dual lens camera for the iPhone 7 Plus covered many Apple patents. In August we posted a report titled "Apple Inventions Cover Dual Lens iPhone 7 Camera, Waterproof Buttons & More." In this single patent report we covered several features that came to life today including waterproofing buttons and adjustable display illumination for improving photos taken in low light due to the dual lens system not available before.

True Zoom Fearture for iPhone 7 Plus

The iPhone 7 Plus camera feature that hit it out of the park for camera lovers is the new true zoom feature that is mind boggling for a mobile device. This feature was covered in several recent patents. One came to light in January in our report titled "Apple invents a new Dual Camera Zoom Lens System for Future iDevices & beyond."

The new iPhone 7 Plus camera dual camera includes one that is a telephoto camera which was covered in serveral Apple patents that you could find here and here. Apple was granted a patent for their telephoto camera technology in April of this year.

A second patent was revealed n July in a report titled "Apple Wins a Patent that may Relate to the new iPhone 7 Dual Camera System," where in it discussed "Depth Enabled Photography in Action" which Phil Schiller talked about in his keynote segment.

Phil Schiller talked a "big breakthrough in photography" that's coming to the iPhone 7 this fall in software update. In Apple's "Sneak Peek" of this feature, Schiller pulled up the photo that is illustrated above. It's an incredibly sharp photo in the forefront and a beautiful blur in the background so that focus of those looking at the photo is on the subject. Schiller noted that "This is called Shallow Depth of Field.This is a technique that is really useful for things like portrait pictures. It's something that is illustrative of a great camer that often has a very large photo sensor or a really big fast lens. And the quality of that background blur, that's called bokeh."

The image that Apple used for the iPhone 7 event notice as presented below is an another example of Bokeh as is confirmed in a photo you could see here explaining the Bokeh effect. If you knew what the image represented, then you would have known that Apple was going to reveal this camera feature now available only with the iPhone Plus dual lens camera. 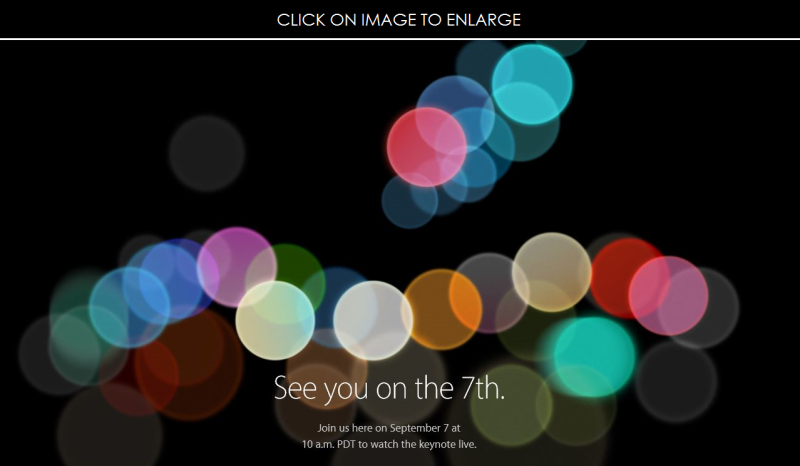 Phil added that "The higher the quality of bokeh, usually the more advanced, higher quality of the lens camera system. The ending result is it feels almost like 3D like the person is almost popping off the screen."

Apple set out to use the iPhone 7 Plus camera to achieve this. "What the engineering team has been doing, hardware and software working together, is truly remarkable. What they're able to do is when we take a picture, the camera scans the scene, and uses machine learning to recognize people and faces and then creates a depth map of that image from the two cameras and the software." You could find more 3D depth camera patents in our archives here.

Phil Schiller reviewed Apple's new water resistent system and specifically pointed out how they had to reinvent the speaker system to make the iPhone 7 close to waterproof. That technology was covered specifically in an August 2016 patent filing you could review here. A second patent report covering this technology was published in July in a report titled "Apple Advances their Work on Waterproof Speakers." It should be pointed out that Apple actually covered the speaker waterproofing in context with the Apple Watch 2, but it's the same principle brought to the iPhone 7.

The iPhone 7 introduces a force sensitive Home Button using the taptic engine which brings 3D Touch to Apple's classic feature. This was covered in our patent report in June titled "Apple Could Introduce a 3D Touch iPhone Home Button by 2017."

On Monday Patently Apple posted a patent report titled "Apple Patent Reveals Noise Cancellation System for Headphones & Possibly AirPods," and sure enough Apple pointed that feature out in respect to their new AirPods in respect to reducing external noise.

One of the finishes that Apple introduced for the Apple Watch Series 2 is a new invented ceramic that is four times stronger than steel. Patently Apple reported on this new ceramic material in a 2015 report titled "Apple Invents a Method to Manufacture Hardened Ceramics with the use of Zirconia Particles." 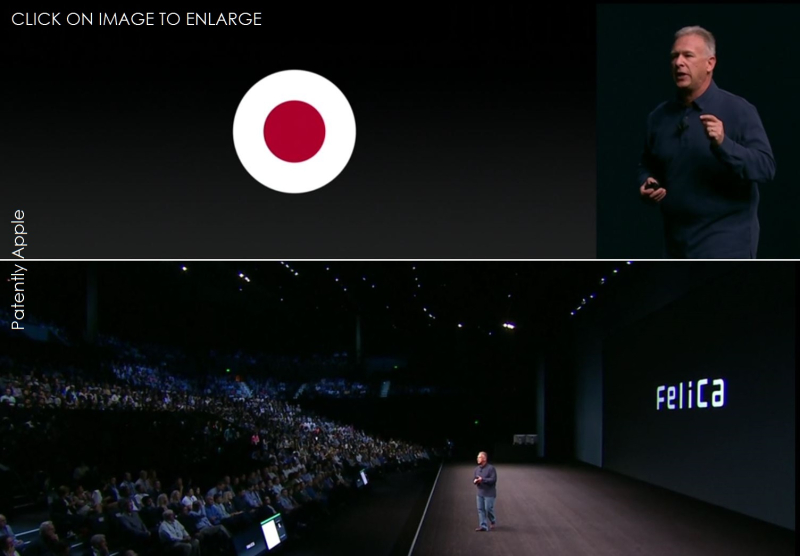 One of the last points that Schiller touched on during his keynote was Apple coming to Japan using FeliCa technology which is Japans version of NFC. It will be included in the iPhone 7 and Apple Watch series 2 and will roll out sometime in October. We first reported on this in late August in a report titled "Apple Pay could Score a Major Victory Next Year in Japan's Transit System and Beyond." We covered it briefly again yesterday covering a Japanese report on the matter. So it was nice to see it made official today.

A lot of the floating trademarks that were supposed to surface today never did and Apple Pencil for the iPhone is likely being prepared for the 2017 or 2018 iPhone with OLED displays. A lot of work has to go into this and integrating it on LCD displays would have been a waste of time and energy, even though I would have liked to see Samsung go into panic mode today. That will be delayed, but we know it's coming – it's just a matter of time.

At the end of the day it was an interesting event today with a lot of innovation rolling out for the new dual lens camera, AirPods and several new chips that Apple has invented to cover the control of performance and controlling AirPods. The iPhone has two new colors, jet black and matte black with dark blue never surfacing as the rumors pegged it. The iPhone 7's A10 Fusion processor is 2X faster than the iPhone 6 with 50% faster graphics for next-level gaming. For more on the iPhone 7 be sure to check it out here.

01: Apple Introduces iPhone 7 & iPhone 7 Plus —The Best, Most Advanced iPhone Ever