There was a time when Apple's engineers were focused on developing a MacBook with built-in cellular connectivity. The patents dried up in 2015 and I began thinking it was another rejected project until this morning. A fresh, up to date patent filing shows us that the cellular MacBook may be back in play. 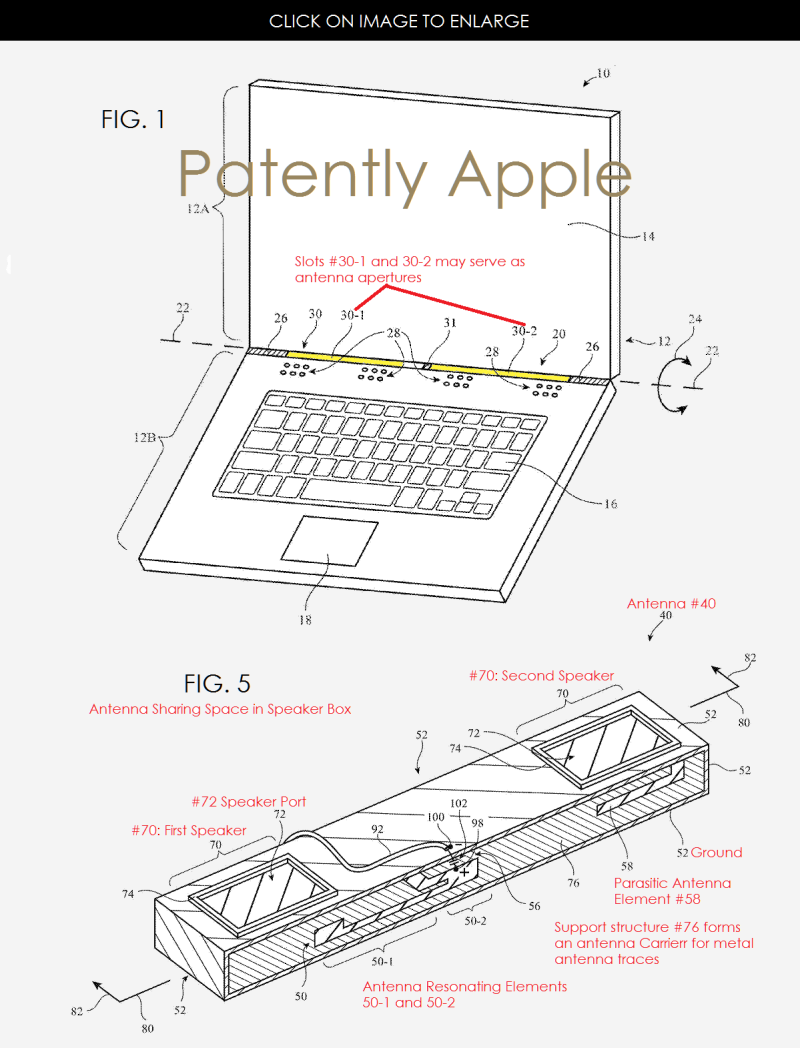 Apple's patent FIG. 1 illustrates a MacBook and FIG. 5 is a perspective view of an illustrative antenna with a cavity that has been formed from metal traces on a dielectric carrier that also serves as a speaker box in accordance with an embodiment.