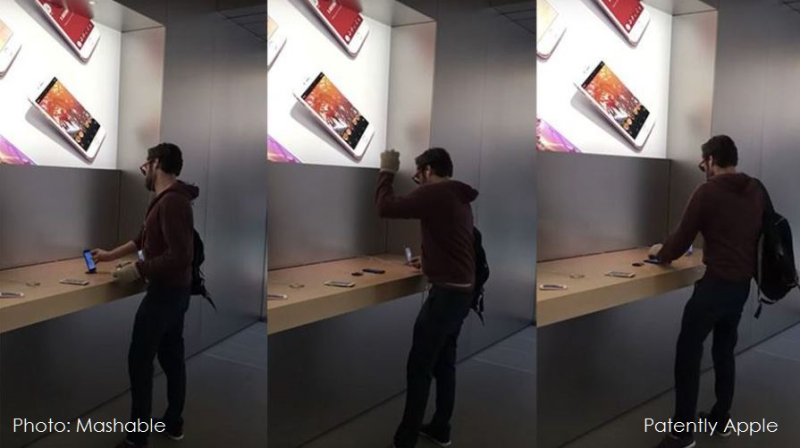 The video presented above is an extended version of the initial video that was posted on Twitter earlier this morning. In this video you'll see how the perpetrator tries to run away at one point during his jostling with security personnel and how he's caught and handled until the police arrived.

France Bleu reported this morning that an angry French ex-Apple customer walked into an Apple Store in Dijon and, armed with a steel ball used in the bowling game pétanque, started smashing iPhones, iPads and MacBooks. I counted at least 16 iPhones and 1 MacBook.

The young man is heard roughly saying in the video that "Apple is a company that violated European consumers' rights. They refused to reimburse me, I told them: 'Give me my money back'. They said no. So you know what's happening? This is happening!"

The extended video was discovered on Mashable.