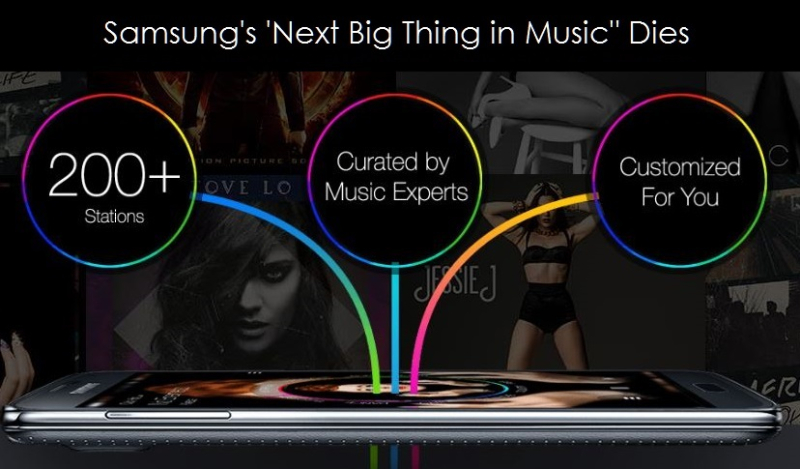 Patently Apple covered Samsung's launching Milk Music back in March 2014 and their trademark filings for MILKMUSIC.COM, SAMSUNG MILK MUSIC and MILK MUSIC back in February 2014. Variety reported days ago that "Samsung is finally pulling the plug on its Milk Music streaming service: The company started to notify users of Milk Music Friday that it will shut down the service on September 22. Samsung told existing users to instead switch to Slacker, which has been powering Milk since its launch."

Samsung's official press release stated earlier this week that "Samsung is sun setting its Samsung Milk Music service in the United States on September 22, 2016. We have made the strategic decision to invest in a partner model focused on seamlessly integrating the best music services available today into our family of Galaxy devices. We believe that working with partners will accelerate innovation, enhance device sales and provide amazing new experiences for our customers."

Prior to the Kanye West mouthing off that Apple should finalize a deal for Tidal in July, it was rumored that Samsung was trying to strike a deal with Tidal to revive Milk Music in March. Whether Samsung's 'partner model' will include bundling Tidal or Spotify music streaming services with future Galaxy devices is unknown at this time. In the end, Samsung's 'Next Big Thing in Music' never took off and finally dies next month.