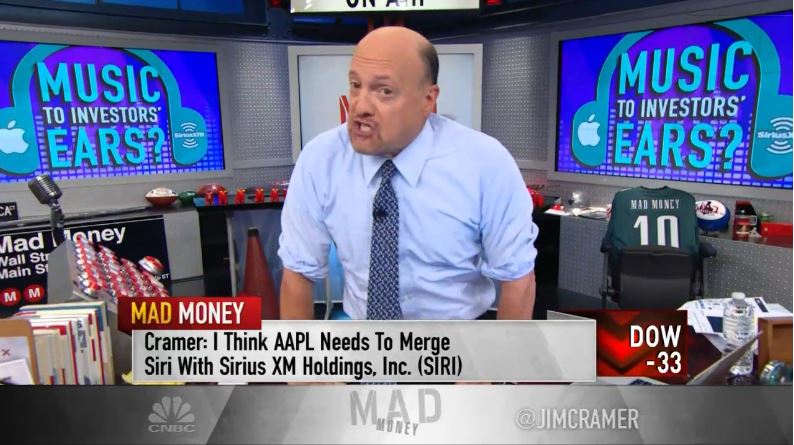 It is no secret that investors no longer love Apple like they used to. Jim Cramer believes the tech titan should put that massive $231 billion cash hoard to work and buy Sirius XM. It's a way to give Apple's CarPlay a leg up in this arena.

The subscription satellite radio business could dramatically boost Apple's service revenue stream. Sirius could also give Apple a serious presence in the automobile infotainment space, which Cramer thinks is the next frontier for technology.

"Anything that puts Apple on the path toward owning the automobile would really brighten the company's long-term outlook," Cramer said.

Cramer thinks the move would be a Spotify Killer.

Do you think that Cramer has a point or is he just talking into the wind?