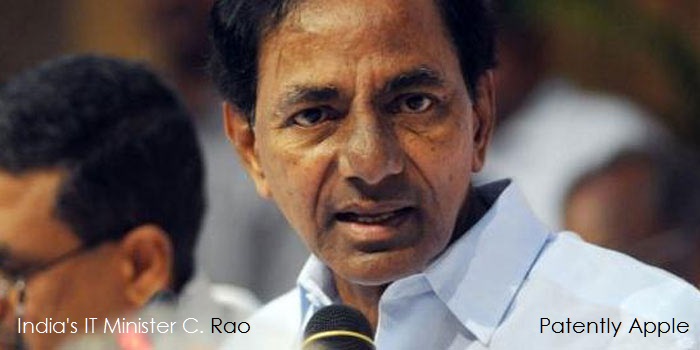 In June we reported that the Indian Government finally broke with tradition to grant Apple a three year grace period to open flagship Apple Stores in their country with the hope that Apple would, by the end of that period, open a manufacturing iPhone plant. Prime Minister Modi had been fighting with the Government to make this happen. Under the new regime unveiled in June, single-brand retailers will be given a three-year grace period in which they can operate stores, before they have to comply with the local sourcing requirement. With the announcement barely being a month old, India's IT Minister, Telangana Chandrashekar Rao, is already trying to play politics with Apple and being a thorn in the side of PM Modi.

It's being report today by The Economic Times in India that IT Minister Rao informed Parliament today that Apple has not submitted any proposal to open a manufacturing plant in India.

It's political because Apple doesn't open plants and of course will never open a plant. If iPhones are made in India it will be through Foxconn who, according to India media in May, was on the cusp of signing a deal for a $10 billion iPhone plant.

In May Apple announced a first-of-its-kind iOS App Design Center and Development Accelerator in India that will create 4,000 jobs in Hyderabad. At no point did Apple commit to opening an iPhone plant.

At the moment, there's no reasoning being given as to why India's IT Minister is already trying to poison PM Modi's good will towards Apple in Parliament so shortly after the relaxed laws went into affect.

If this statement was made 30 or so months after the new grace period was granted you'd be able to understand the Minister's actions to put political pressure on Apple to comply with the law. But 30 days after the relaxed laws were tabled is simply asinine no matter how you slice or dice this news.