Back in 2014 Patently Apple posted a report titled "A Stunner: A New Patent Surfaces Listing Steve Jobs as the Primary Inventor of a Non-Apple Invention." I had stumbled upon the patent that was credited to Savant Systems at the time with Steve Jobs noted as the primary inventor. It was a patent about controlling a yacht with an iOS device like an iPhone or iPad. Today the patent finally ended up being granted as an Apple and Savant patent by the U.S. Patent and Trademark Office.

Apple's Patent FIG. 1 noted below is a block diagram of an example architecture for remote motion and other function control. 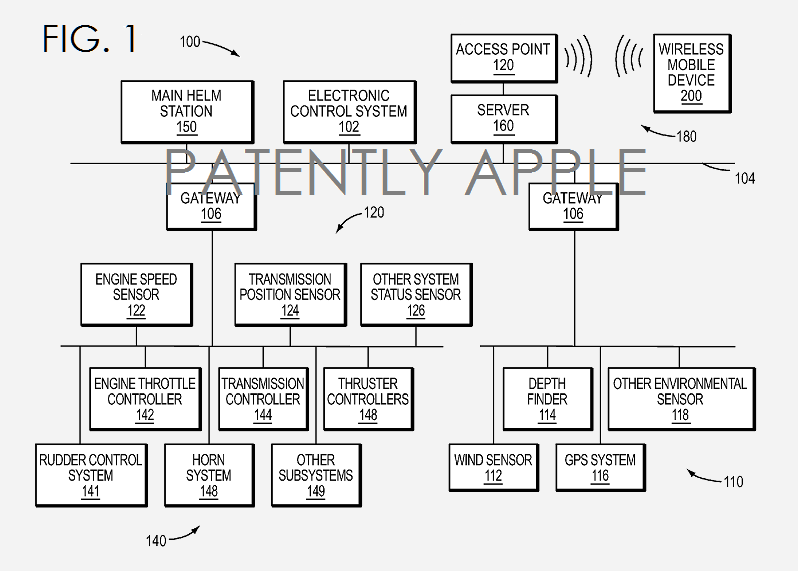 Apple's patent FIG. 4 noted below is a screen shot of an example user interface (UI) that may be shown by a UI module on the touch-sensitive screen of the wireless mobile device. 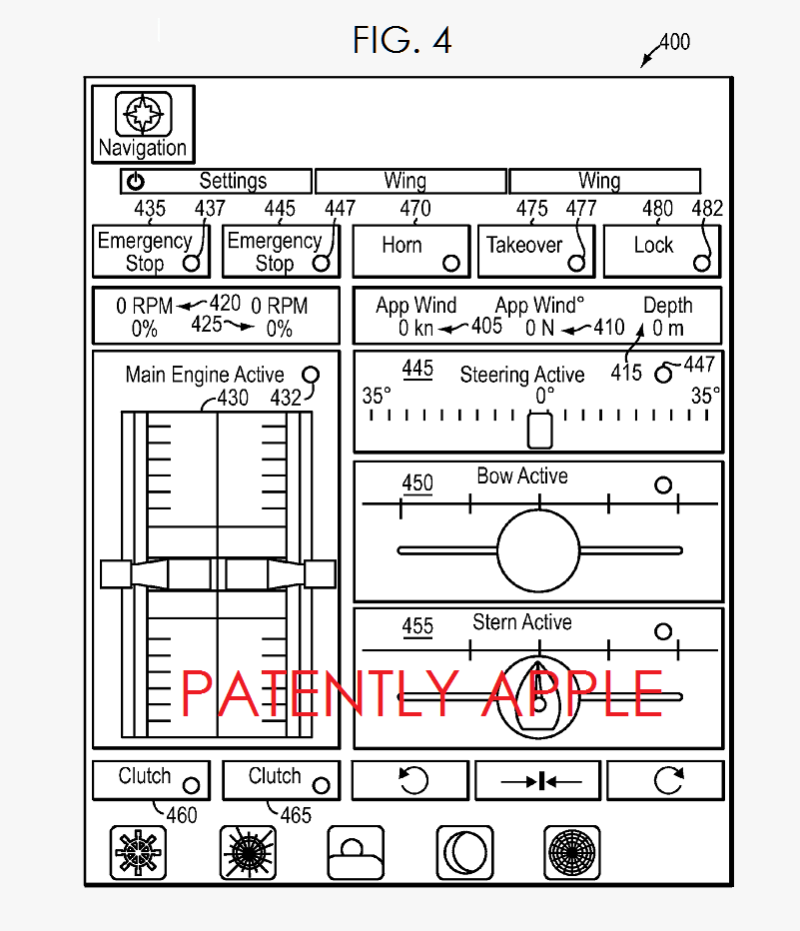 Apple's granted patent 9,415,849 was filed in Q1 2014 and published today by the US Patent and Trademark Office. Background information says the original filing was made in 2013 or roughly two years after the passing of Steve Jobs.