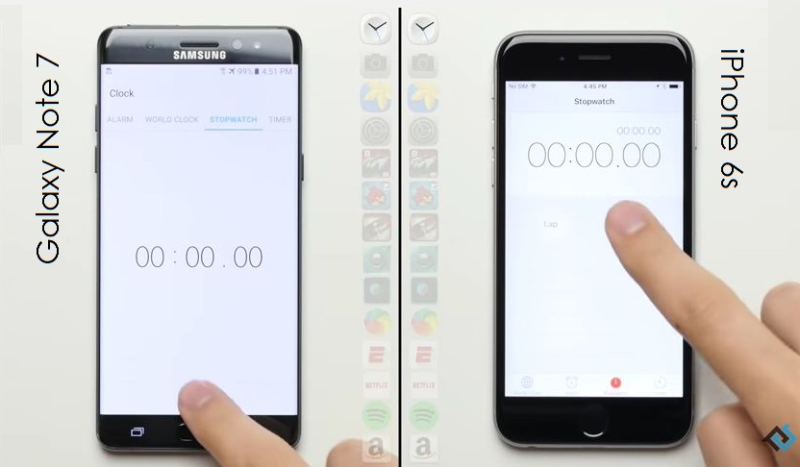 With Samsung's new Galaxy Note 7 being praised for it's seemingly better specifications than Apple's iPhone 6s with a whopping 4GB RAM you'd expect it to absolutely blow the iPhone 6s away in performance, but that's not the way it worked out in a new speed test performed by Phonebuff's David Rahimi who later tweeted "Really disappointed with the Note 7's performance. I expect way more from a $850 + phone."

The number one smartphone for Q2 2016 was the iPhone 6s and deservingly so. The fact that it crushed the latest Samsung Note 7 is just a bonus. I can only imagine how the iPhone 7 Plus is going to absolutely smoke the Galaxy Note 7 next month. Once again, Samsung's fancy specs ends up being no better than lipstick on a pig.