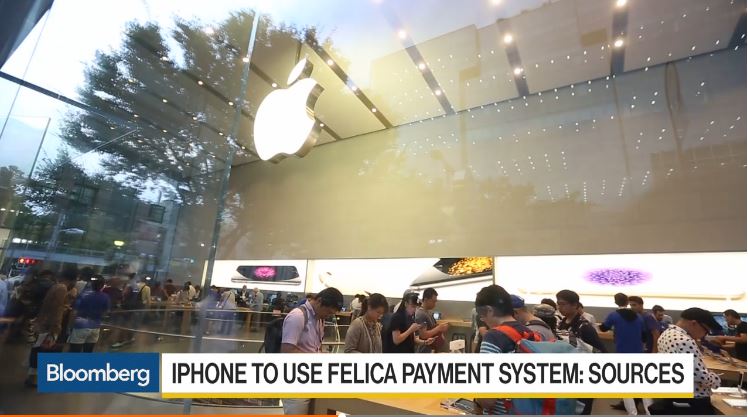 Apple's iPhone has always been a big seller in Japan, usually dominating their smartphone market. In November 2014 Apple's iPhone 6 was the top selling smartphone in Japan. The iPhone 6's success raged into 2015 to the point that there were rumors that Samsung's meager 4% marketshare was making them think of whether to abandon that market altogether. Apple's great success with the iPhone in Japan has now opened a door for them to be the first major smartphone maker to work with the country's mass transit system. Today the iPhone could work with 1.3 million NFC terminals and 320,000 in the U.K. Apple could tap into the Japanese market's 1.9 million terminals by including a special FeliCa chip that they could license from Sony.

Bloomberg reports that "Apple Inc. is planning a new iPhone feature for Japan that will enable users to pay for mass-transit rides with their smartphones instead of physical payment cards. A future iPhone will include technology called FeliCa, a mobile tap-to-pay standard in Japan developed by Sony Corp., according to people familiar with the matter.

The FeliCa chip will let customers in Japan store their public bus and train passes on their iPhones. Users would then be able to tap their phones against the entrance scanners instead of using physical cards. While the FeliCa chip is the standard technology underlying the service, there are several different providers of transit payment cards based on the type of transit and areas within Japan. The FeliCa standard dominates Japan with a penetration of 1.9 million payment terminals, according to the Bank of Japan."

The report further noted that "Apple intends to work with multiple transit card providers, one person said. The major players there include the Suica and Pasmo networks. Theoretically, virtual representations of the transit passes would be stored in the iPhone's Wallet application, said the person, who asked not be identified because the planning is private. The card companies sell access to transit services both as-needed and via monthly packages.

Apple's opportunity in Japan is significant with the country alone representing 8 percent of the company's total revenue and almost 11 percent of operating profit in the most recent quarter."

Bloomberg also noted that Apple is still in negotiations with the Japan-based payment networks so the timing of this to market is still in the air. If Apple doesn't mention it during the iPhone 7's launch, then it could slip into next year's model, which is still rumored to be removing the classic Home Button. Bloomberg has in the past reported on a possible pressure sensitive Home Button which could translate into a 3D touch Home Button. Apple patents have also illustrated that Touch ID could move to beneath the display of iOS devices, away from Apple's Home Button.

Lastly, the report noted that "In addition to supporting the transit-pass network, the FeliCa chip can also store e-money, an electric form of currency now widely accepted at vending machines, convenience stores and cafes in Japan. Apple is in discussions with at least one major financial institution to support these e-money transactions, according to one of the people."

To read the full Bloomberg report or to review their video report on this, click here. 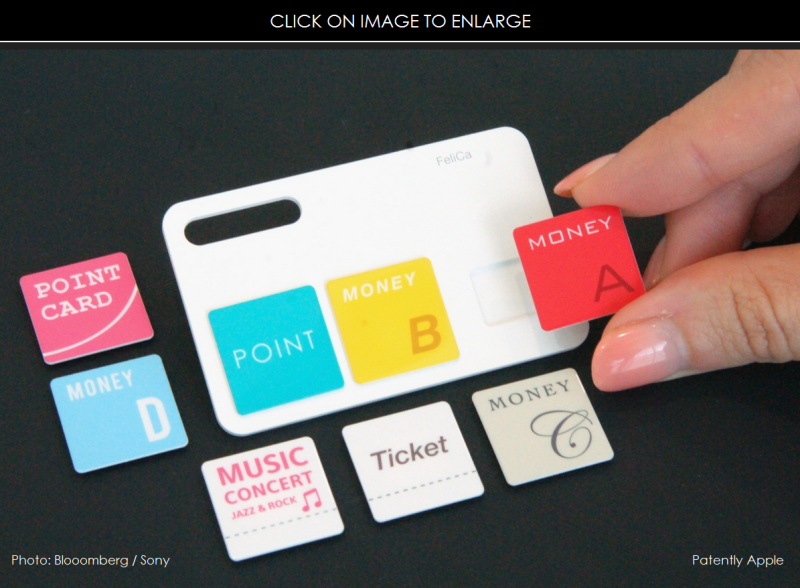