Today, the U.S. Patent and Trademark Office published a patent application from Apple that reveals a possible future Apple Watch or iOS device feature associated with a digital crown. While all of the patent figures found in the patent filing are limited to the Apple Watch, they could likewise be extended to a future iPad or iPhone as we illustrated in a patent report posted on July 28. Today the digital crown is used primarily to zoom in and out of maps and apps, it acts as a home button and it's used to scroll menu items. In their latest invention, Apple illustrates how the digital crown will be used to spin items like a wheel or cube that have multiple sides that could each contain various information the user could access.

Rotating an Information Cube with the Digital Crown

In the future, it may be possible to create a multidimensional cube or wheel to organize your information like a folder on your iPhone today. But instead of having to open the folder to get the apps, you'll be able to put your favorite apps on one of the sides of an interactive cube or wheel as noted below. Take an Apple news-cube for an example. On one side of the cube you can have Patently Apple, a second side 9to5Mac, a third MacRumors and so on.

On a Movie cube you could have Rotten Tomatoes, Ebert Reviews, Theater 1, Theater 2 and so forth. All quickly accessed by clicking on a cube icon and then rotating the digital crown. It's a real space saver – especially on smaller interfaces like the Apple Watch. 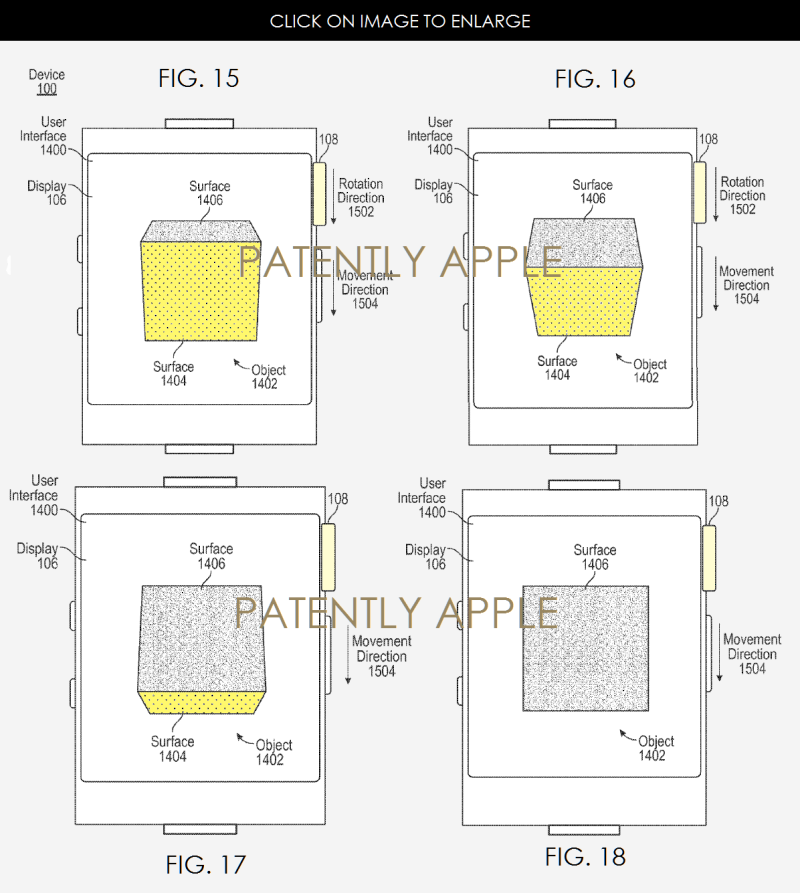 Apple's patent FIGS. 14-18 we're able to see an exemplary graphical user interface showing the selection of a surface of an object like a cube in response to a rotation of the Apple Watch's Digital Crown. In some examples, the object could be a wheel like illustrated below in patent FIG. 25. 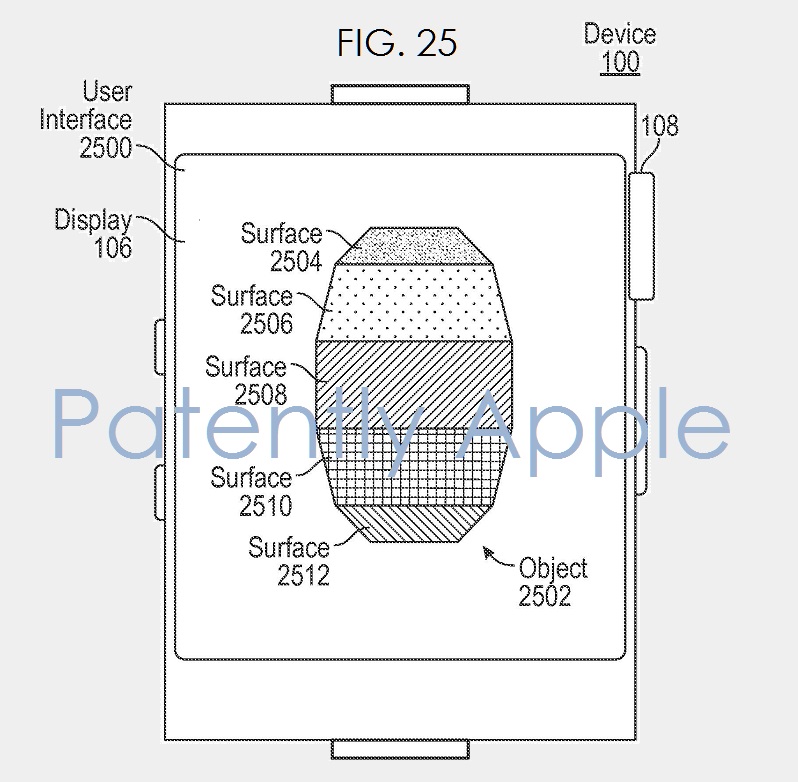 Apple's patent FIG. 25 illustrates a graphical user interface #2500 showing the selection of a surface #2506 of a multi-sided object in response to a rotation of the Apple Watch's digital crown. The object #2502 is a 12-sided rotatable dial, shaped similar to a wheel. The object is rotatable along a fixed axis. In this example, all 12 surfaces of the object are selectable. These 12 selectable surfaces include surface #2504, surface #2506, surface #2508, surface #2510, and surface #2512. In FIG. 25, surface #2508 is selected because the surface is parallel to display 106 and is displayed on display #106.

The concept of the rotatable app cube with or without a digital crown should be made available for the iPhone and iPad too. It's a very cool idea.