Being the leading portable devices company in the world, Apple is constantly advancing new security features so that consumers and business executives could be assured that their sensitive data is locked down. Apple's iOS based devices currently come with a certain degree of security with features like "Find My iPhone," high end encryption and remote wipe. Apple is also working on advanced biometrics such as using heart sensors to detect an unauthorized user. Way back in 2010 Patently Apple covered a patent application showing that other new security features were on the way including taking a photo of the thief recording the thief's voice if they make a call. Since then Apple has added Touch ID to the iPhone and so they've now updated their security intellectual property to include this feature to assist authorities in catching an iPhone thief. 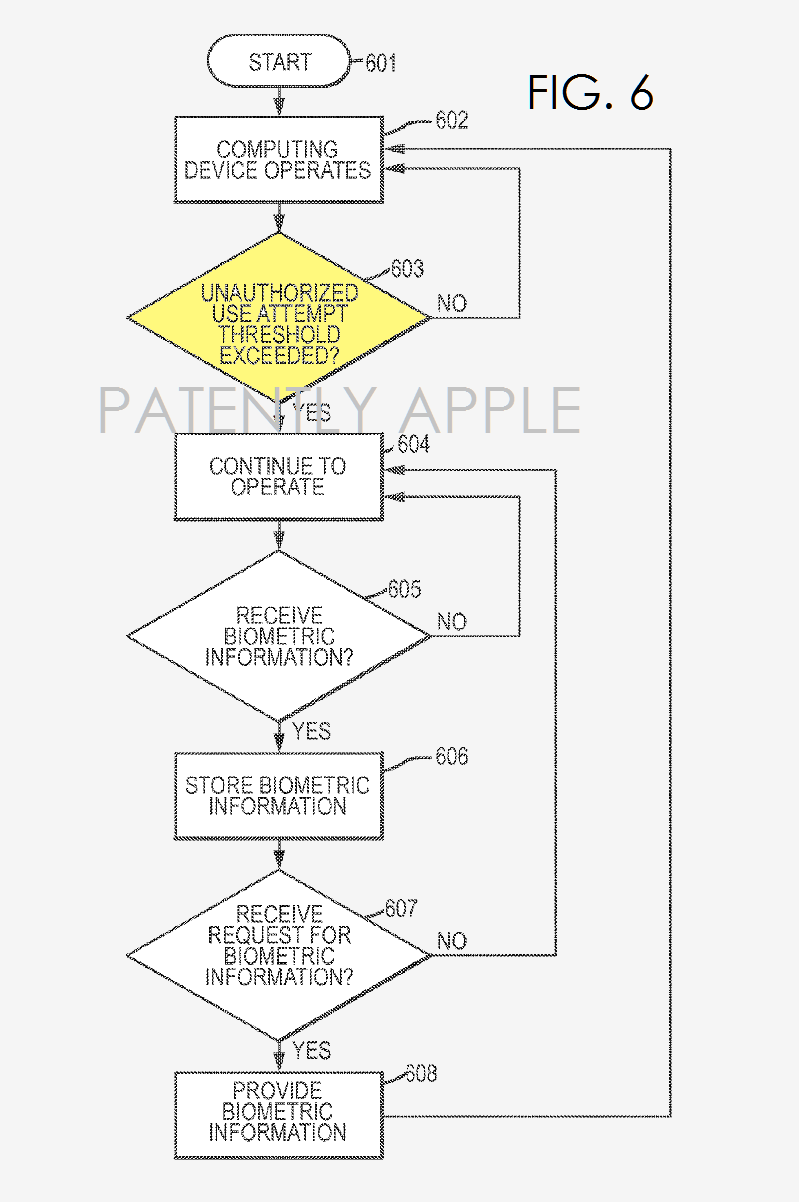