Apple first filed for a patent back in 2011 about transparent displays on all mobile devices from MacBooks to the iPad. Apple was granted that patent back in June 2016. Two months later and we see that Apple is still tweaking this invention that could be used with future Augmented Reality (AR) applications. Apple`s patent claims have changed putting much more emphasis on motion and touch display sensors.

As for AR applications, Apple's patent notes that "These overlays whether in handheld or other electronic devices may provide an 'augmented reality' interface in which the overlays virtually interact with real-world objects. For example, the overlays may be transmitted onto a display screen that overlays a museum exhibit, such as a painting. The overlay may include information relating to the painting that may be useful or interesting to viewers of the exhibit." This is exactly what Lenovo promoted when first introducing their first Google Project Tango smartphone that will be coming to market in September.

For example, a tour bus may include one or more displays as windows for users. These displays may present overlays that impart information about locations viewable from the bus. Various additional augmented reality applications that may be provided via a mobile device are disclosed in U.S. application Ser. No. 12/652,725, filed Jan. 5, 2010, and entitled "SYNCHRONIZED, INTERACTIVE AUGMENTED REALITY DISPLAYS FOR MULTIFUNCTION DEVICES," which was incorporated into their original filing. 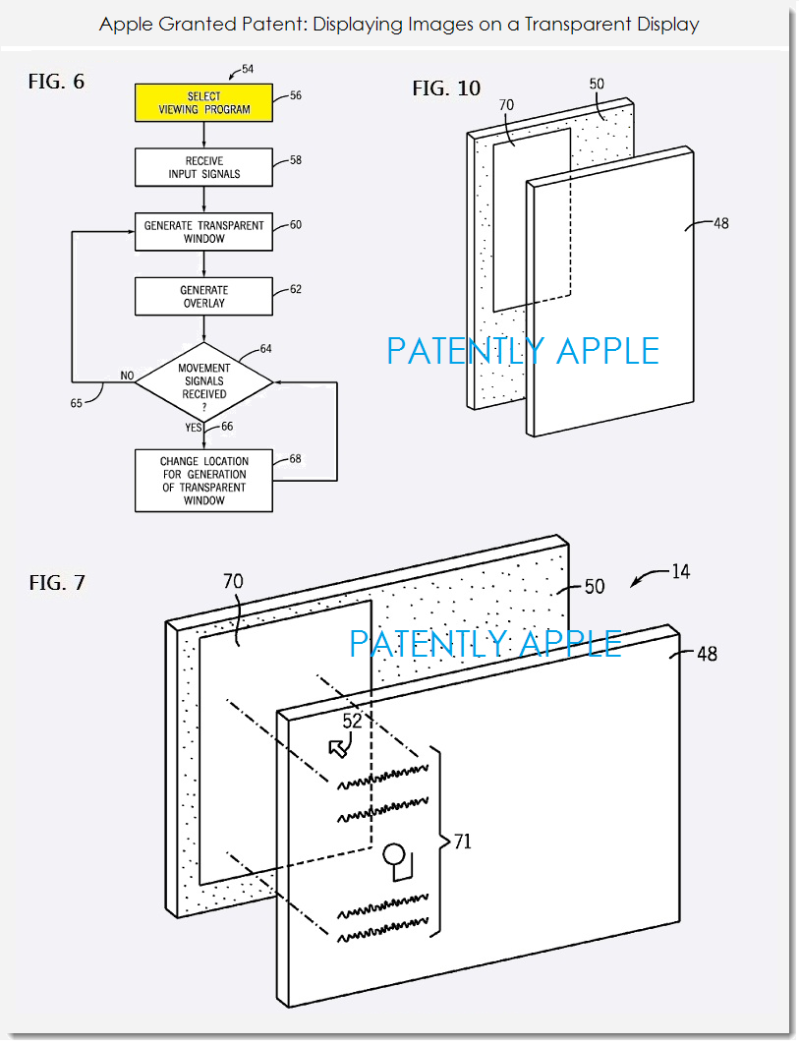 Apple tweaking this invention that was just granted a patent would strongly suggest that the project is very much alive and considering that VR and AR are the hottest new trends that are expected to grow more than 30-fold within the next 4 years, I'd say it's a relevant invention indeed. 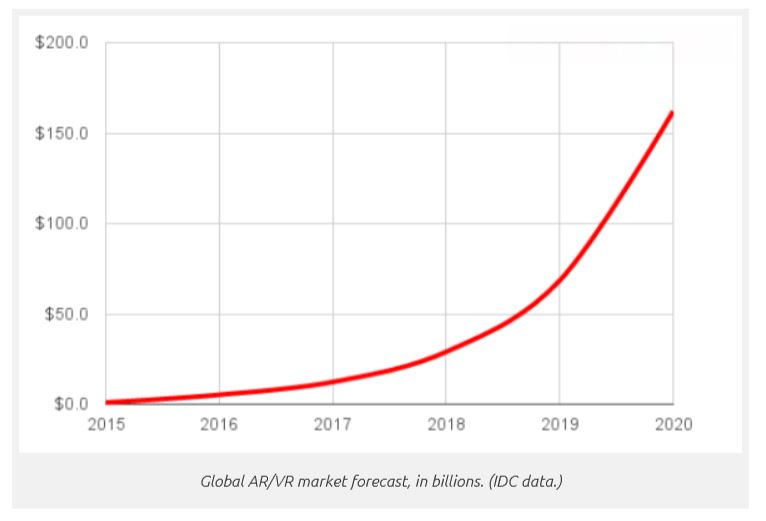 This analysis is in line with an outlook released by Goldman Sachs early this year. Earlier Goldman Sachs projected that sales of the AR and VR market will reach US$182 billion by 2025.

To review Apple's continuation patent application 20160240119 for its new patent claims click here. Considering that this is a patent application, the timing of such a product to market is unknown at this time.