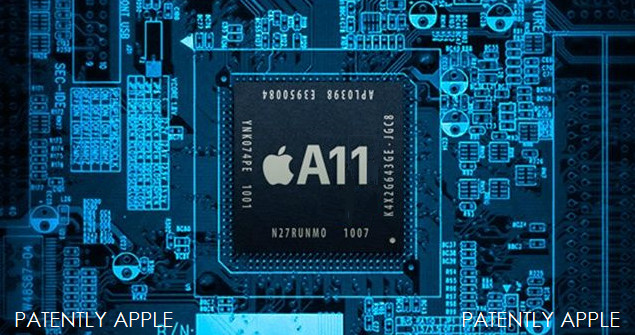 Report Updated 4 a.m.- Information on the Next Chip War: 7nm

In May, Patently Apple posted a report titled "TSMC is already Preparing Apple's 2017 iPhone A11 Chips." We noted at the time that a supply chain report claimed that Taiwan Semiconductor Manufacturing Company (TSMC) had recently begun to tape out the design for Apple's A11 processor built on a 10nm FinFET process, according to industry sources. The sources further claimed that TSMC was likely to obtain about two-thirds of the overall A11 chip orders from Apple. he A11-series processor will power the iPhone models slated for launch in the second half of 2017. Today a report by the Economic Daily News (EDN) is claiming that "Taiwan Semiconductor Manufacturing Company (TSMC) has obtained all of Apple's A11 chip orders."

The report further noted that "TSMC is already the exclusive manufacturer of Apple's A10 chip which will power the upcoming iPhone series slated for launch in September 2016. The Taiwan-based foundry will continue to be the sole supplier of Apple's next-generation A11 processor that will be built on a 10nm FinFET process, the report indicated, without citing its sources.

Xilinx, MediaTek and HiSilicon are reportedly other customers that that will use TSMC's 10nm process technology.

TSMC co-CEO Mark Liu disclosed at the company's recent investors meeting that "our first 10nm customer product has been produced with satisfactory functional yield. So far, three customer products have been taped out to us."

TSMC's 10nm process is expected to start generating revenues in the first quarter of 2017, and revenues "will ramp steeply throughout 2017," according to Liu.

The Next War: 7nm

Update 4 a.m.: A new Korean report today adds that the next war will be for Apple's 7nm processor business.

Samsung Electronics and Taiwan’s TSMC is going head to head to win orders for consignment production (foundry) of 7-nano semiconductor chips. They are having fierce competitions to secure supplies from Apple and Qualcomm.

CEO Mark Liu of TSMC at TSMC’s second quarter performance presentation that was held last week stated that "I believe that our 7-nano chips are superior than Samsung Electronics’ chips in PPA index that indicates Power, Performance, and Area. We are going to start on tape-out on 7-nano chips in first quarter of next year and start mass-producing them in early 2018."

It is expected that there will be huge technical changes starting with 7-nano chips.

TSMC and Samsung both officially announced that they will use EUV (Extreme Ultraviolet) lithography equipment. “We are going to receive ASML’s 2 most recent EUV equipment called NXE3400 in first quarter of next year and use them partially for producing 7-nano chips.” said CEO Liu. "EUV equipment will be used to produce 5-nano chips in 2020."