Late last month the U.S. Patent & Trademark Office published a series of six Google patents regarding a future home security system that will part of a larger home automation system that will be revealed over time. During last month's World Wide Developer Conference, Apple revealed that Siri is now open to all developers and those with home automation products could immediately take advantage of this feature to reach out to Apple customers this fall. Apple's demo showed us the ability to call up Siri while watching Apple TV and request that Siri lower the thermostat to 72 degrees right from our TV live as noted in our graphic below. 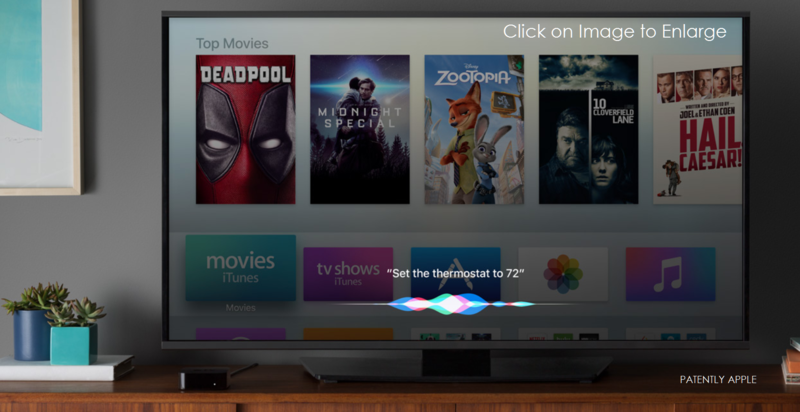 Google on the other hand introduced Google Home during their developer conference known as Google I/O. Google Home is a new small home device available this fall that's controlled by Google Assistant that's like Siri, but a little more advanced.

Users will be able to ask it anything from what favorite TV shows will be on that night to requesting to play a music playlist. It could tell you what's on your calendar for the day and more as noted in the video below. 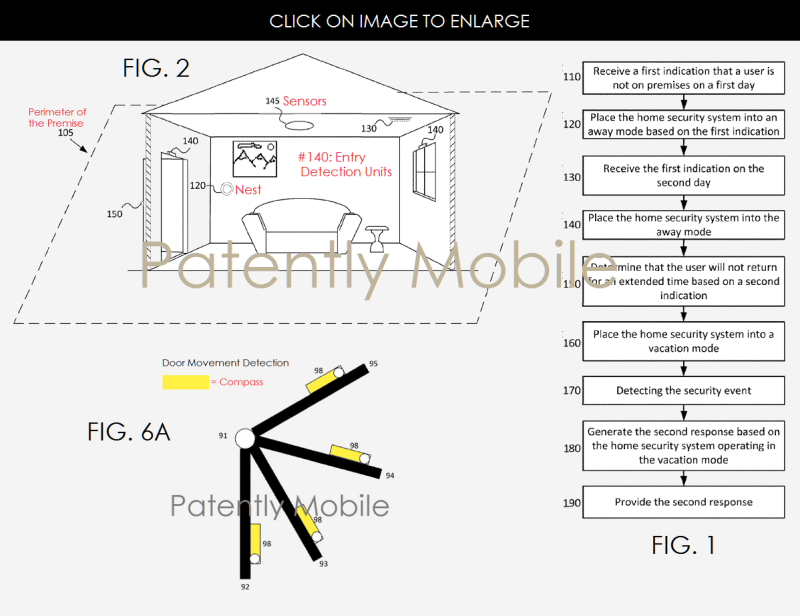 According to Google, "A home security system may operate in two modes that may be generally referred to as an "away" mode or a "home" mode. The home security system may operate in an "away" mode, for example, when the occupants of the home are away for a period of time no more than 24 hours at a time (e.g., at work during the day). While operating in the away mode, the entry points for the home may be monitored for intrusion.

In Google's second patent titled "Automatic Illuminating User Interface Device," it appears that Google's future home security system will be controlled by a next-generation UI for their Nest thermostat as noted below. 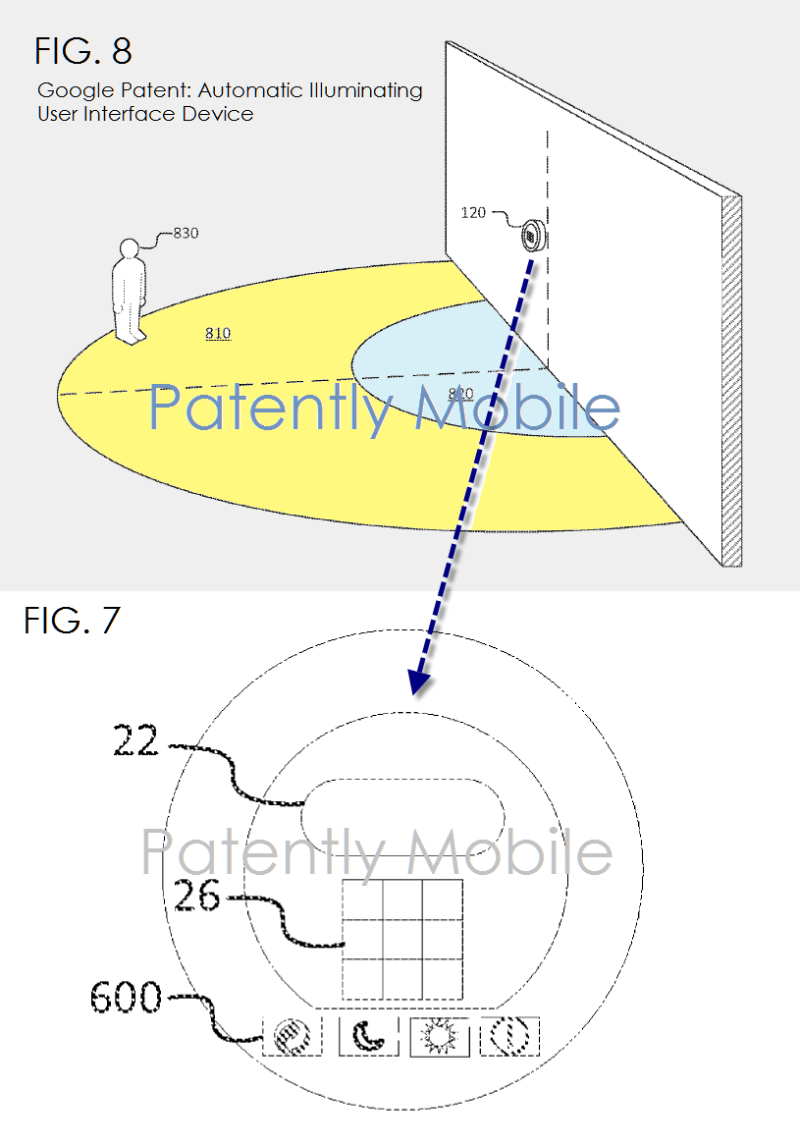 Regarding environmental factors, the sensors may further include an ambient light sensor, a microphone, atmosphere detector, thermometer, or other types of sensors that may obtain data about the local environment around the control panel.

In other situations, the interface may be configured to produce sound at a given volume to overcome and be heard over ambient noise in a room or when illumination may be ineffective, e.g., when the ambient light levels in a room are very high and it would be hard for a user to distinguish lighting variations on the interface.

The control panel may control a system that includes a plurality of electrical and/or mechanical components, including intelligent, sensing, network-connected devices that communicate with each other and/or may communicate with a central server or a cloud-computing system to provide any of a variety of management objectives in a home, office, building or the like. Such objectives, which may include, for example, managing alarms, managing installed systems (e.g., sprinkler system, speaker system), controlling room temperature, etc., will collectively be referred to as "premises management."

A premises management system may further include subsystems that communicate with each other to manage different aspects of premises management. For example, a security system component may manage the arming, disarming, and activation of alarms and other security aspects of the premises, and a smart home component may handle environmental aspects such as light, temperature, and hazard detection of the premises.

Of course Google's home security system is a huge project and to understand it, you'll have to go down the rabbit hole and dig around the actual patents and their many fine details. For engineers, developers and curious consumers that want to further investigate Google's future security system, check out Google's other four patent filings presented below:

Systems and Methods of Intrusion Detection

Originally Google's Tony Fadell was running Nest and the Home Automation project. Fadell was dismissed last month and the project is now in the hands of Marwan Fawaz, former executive vice president of Motorola Mobility where he served as CEO of Motorola Home. Fadell is only listed as one of the inventors on the patent titled "Intelligent Object based Alarm System" noted above.