On Tuesday new iPhone 7 Plus rumor photos surfaced supporting the notion that Apple's 'Smart Connector' will replace the bottom Lightning port for the top of the line model. One of Apple's patent applications today supports a backside iPhone 'Smart Connector' and goes one step further. According to Apple's invention, they will redesign/re-engineer the iPhone's housing so that the Smart Connector isn't readily seen, making it visually invisible using a new self-healing elastomer. According to Apple, "Conductively doped regions may not be visible from the outside of electronic device. 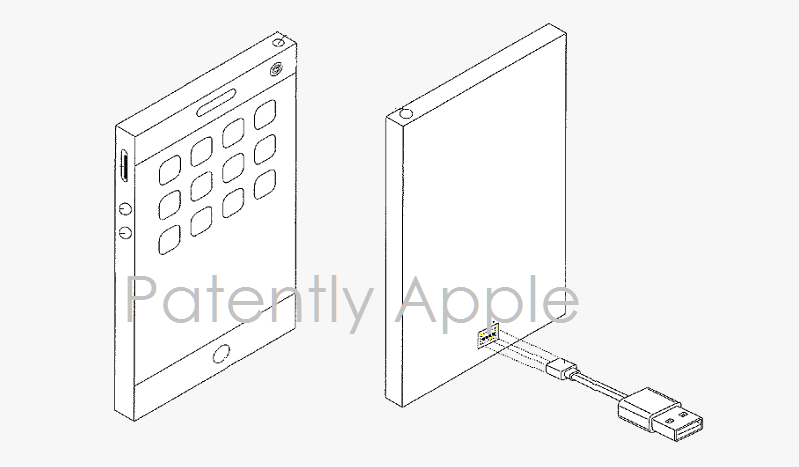 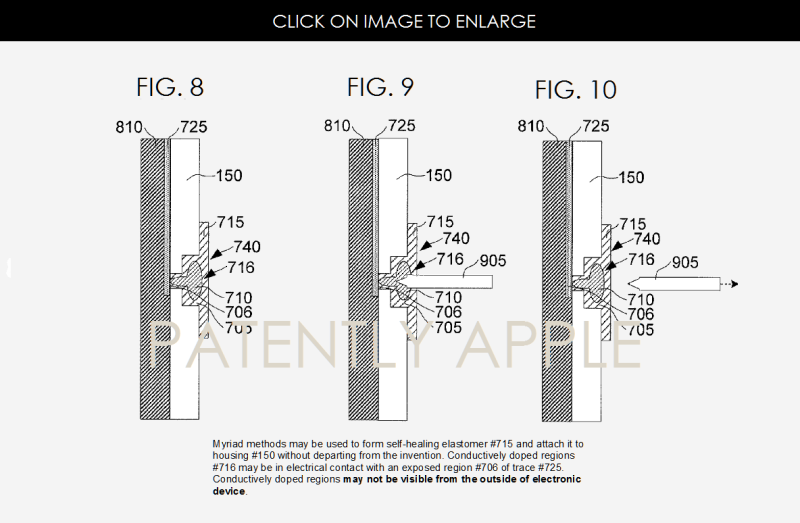 While Apple was granted this surprise patent back in May, Apple has already tweaked the patent claims, describing it slightly differently. Here's one of the new patent claims that stood out this morning:

At the time that this invention was conceived, the iPad Pro hadn't been introduced into the market yet. So it would appear that Apple's engineers were already thinking of extending the Smart Connector to other devices over time, and a future version of the iPhone was clearly in mind.

Apple patent application 20160204537 was filed in March 2016. Considering that this is a patent application, the timing of such a product to market is unknown at this time. While the iPhone 7 Plus may gain Apple's 'Smart Connector' if the rumors pan out, it will likely be a future design that will take it to another level by using a new elastomer housing to hide the port.