Home Archives Contact Us Subscribe Twitter MeWe Patently Mobile
Apple Once thought they cracked the TV Market, but just Keep Spinning their Wheels in Vain
Apple introduces us to a new Sensor that Detects the Presence of Material 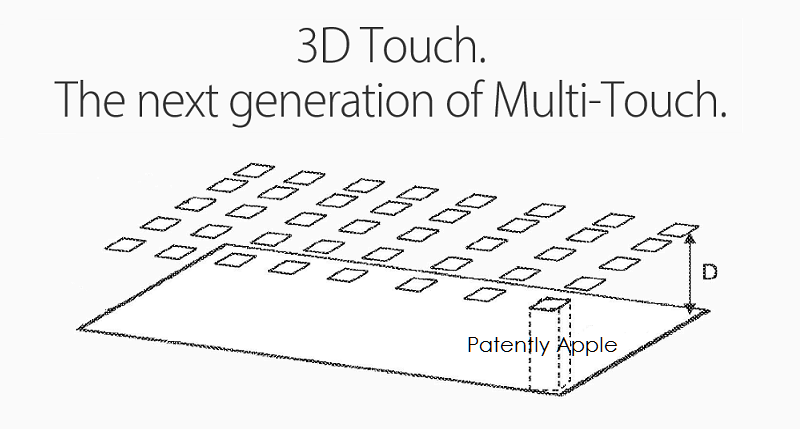 The original iPhone introduced the world to Multi-Touch, forever changing the way people experience technology. With 3D Touch, you can do things that were never possible before. It senses how deeply you press the display, letting you do all kinds of essential things more quickly and simply. Today, the U.S. Patent and Trademark Office published one of the inventions behind 3D Touch. Apple breaks it down to a "touch sensing function" combined with a "force sensing function," and explains how each layer controls a distinct function to provide a complete multilevel function for a feature of an app or game.

Getting to the heart of the invention, Apple notes that in patent FIG. 1 there is shown a conceptual cross-sectional view of a display that can be used to perform multiple functions. 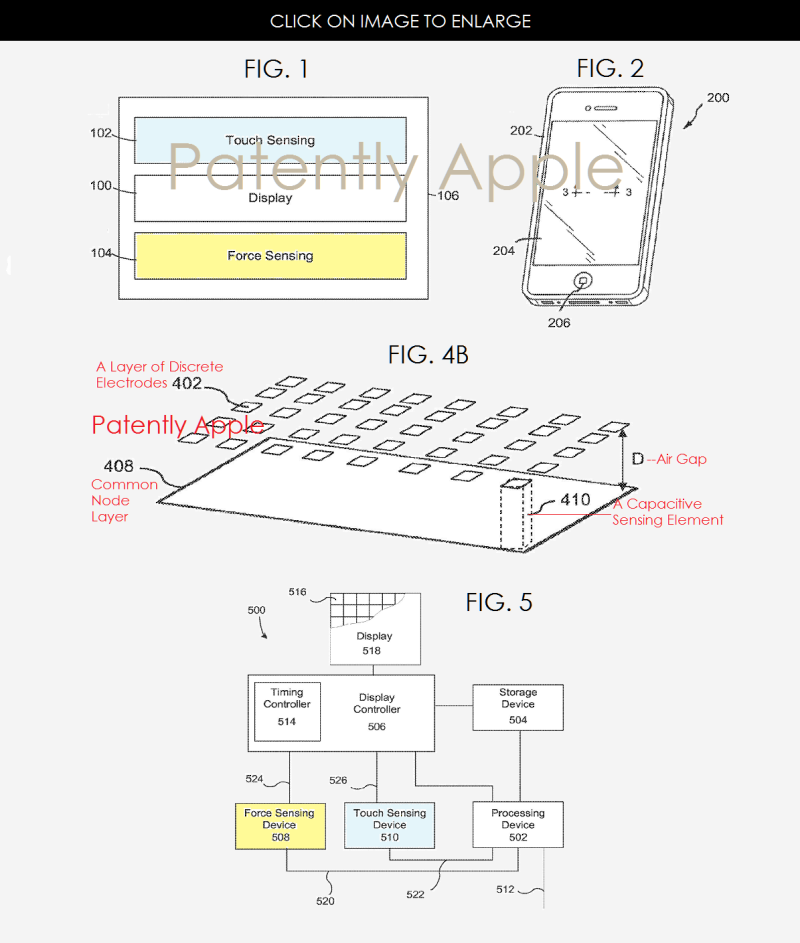 Apple's patent FIG. 2 depicts an iPhone that will use the 3D Touch but notes, like most inventions, that this feature could apply to any number of future products including a MacBook, iPad, Apple Watch, iPod, Apple TV Remote, television and other devices with a touch display.

Apple's patent 4B depicts conceptual drawing of an array of capacitive sensing elements that is suitable for use in a touch sensing layer and a force sensing layer.

Apple's patent FIG. 5 is a block diagram of a system that includes a display, a force sensing device, and a touch sensing device.