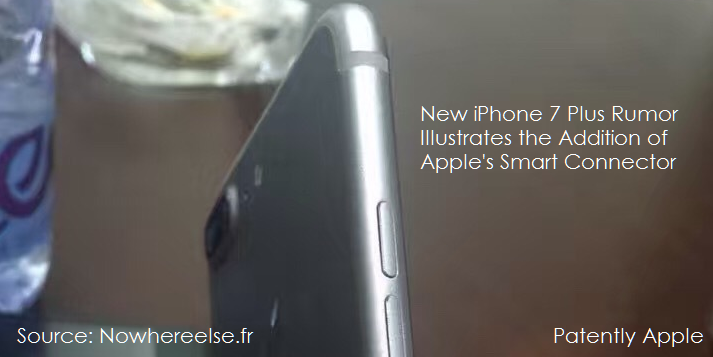 Yesterday we posted a report titled "Photo of the iPhone 4.7" Design Tweaks Surfaces in France," and today, the iPhone rumor mill site, milking it for all its worth, has published a second story. This time around it's about the 5.5" iPhone 7 Plus. As noted below, the case is showing us that the higher-end model may carry Apple's Smart Connector that they first introduced with the iPad Pro. Will Apple change the iPhone brand to the iPhone Pro instead of Plus because of the Smart Connector? Only time will tell. 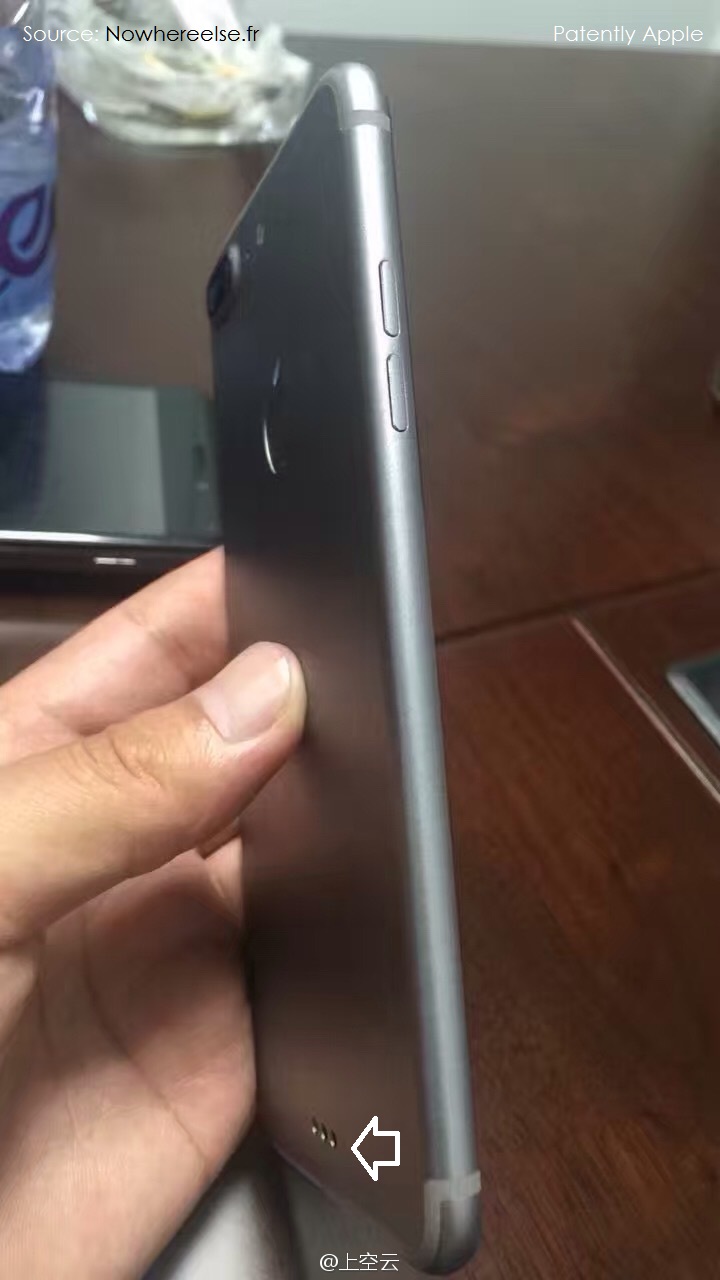 The new case design may support a recent Apple patent update that included a wireless charging angle to it.

Considering that the source is a known rumor site, there's no guarantee of the design being valid. However, the site has had some accurate case photos to its credit in the past. More Photos could be seen at nowhereelse.fr. Another European rumor site posted other photos from China as noted below.