The U.S. Patent and Trademark Office officially published a series of 32 newly granted patents for Apple Inc. today. In this particular report we cover an Apple Pencil related invention. Apple's patent only came to light in May and has already been granted to them. The invention covers Apple bringing their new Apple Pencil to the Mac via a future version of their Magic Trackpad. The Apple Pencil is also being designed to work with in-air gestures to allow users to control presentation slides in Keynote or turn pages in Apple's Pages or MS Office displayed on a monitor in a classroom or boardroom And one more thing: Apple Pencil will work as a joystick for games, act as sword or wand and much more. It would be nice to think that the speed from patent application to granted patent is a good sign that we'll see this invention come to market this year – even though traditionally patents usually don't get fast tracked. Maybe this will end up being an exception. 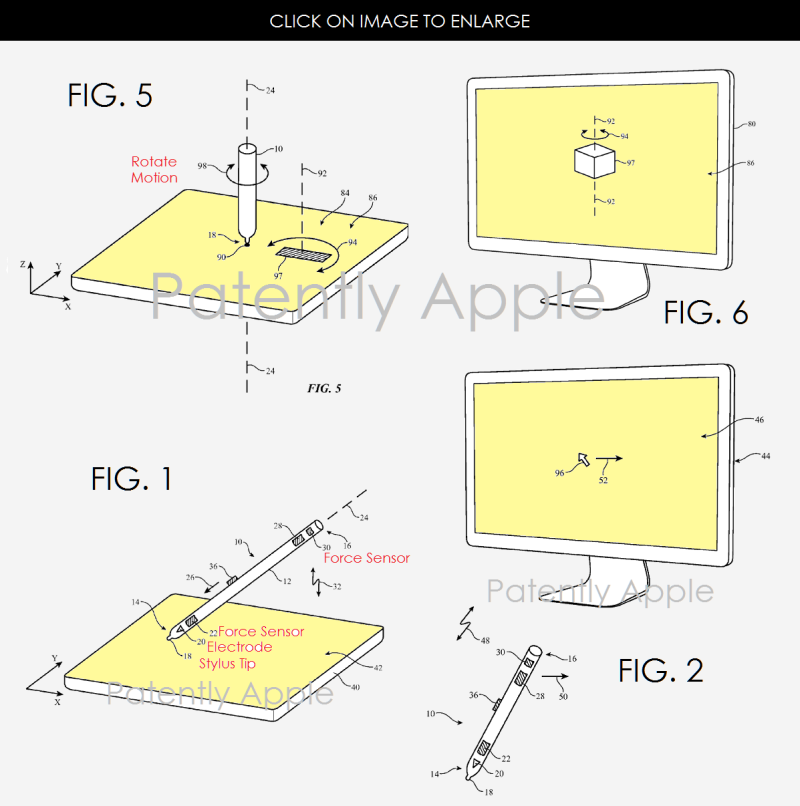 For more details of this invention, see our May 2016 patent application report here.

Apple's granted patent 9,400,570 was originally filed in Q4 2014 and published today by the US Patent and Trademark Office.