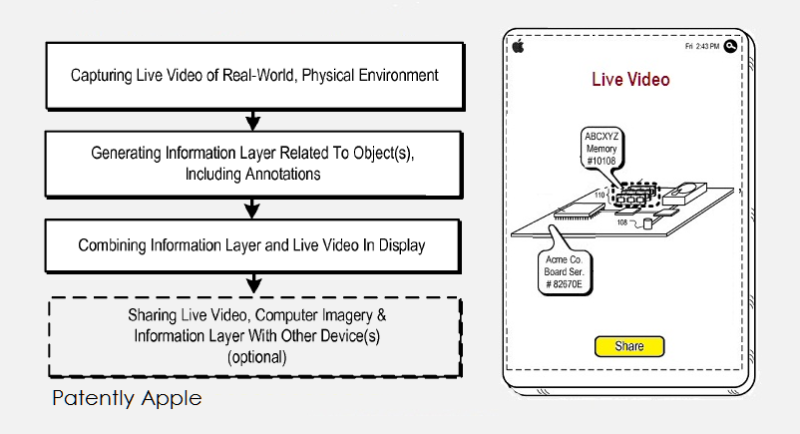 The U.S. Patent and Trademark Office published a continuation patent application from Apple which covers a highly advanced synchronized and interactive augmented reality (AR) display for future iOS devices that could include a future video AR/VR headset. Apple's invention covers their initial vision for using augmented reality applications in business, health care and education. Apple's invention also briefly touches on interacting with 3D video and applications for vehicle mechanics, distant learning and more. With Apple having a recognized and specialized VR team at work on a future headset, every invention and/or update becomes a story of interest.

In today's continuation patent, Apple has simplified their original granted patent by reducing their 29 patent claims to that of a single entry as follows: 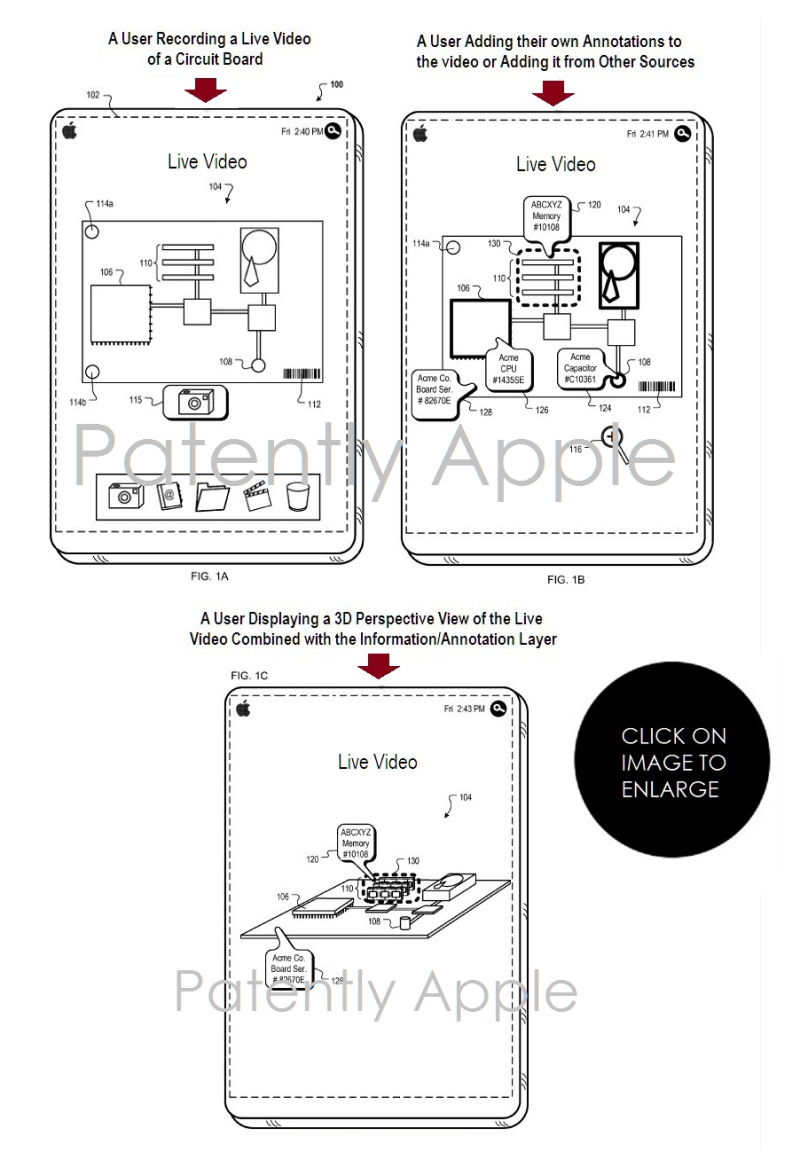 To review the details of this invention see our original 2011 patent report here.