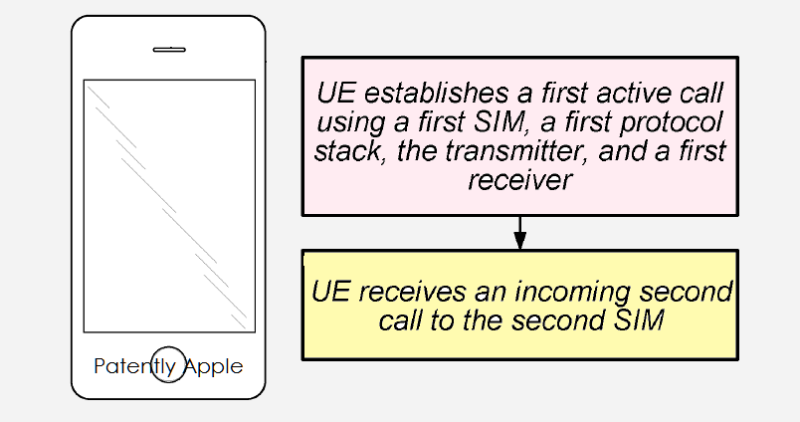 Last month Engadget posted a report about an iPhone 7 rumor that included reported photos of the next iPhone's dual-SIM tray which would be a first. Yesterday the U.S. Patent and Trademark Office published a patent application from Apple revealed an iPhone, system and method for providing caller ID services in phones including a Dual SIM Dual Standby (DSDS) wireless phone.

In particular, a smartphone, also referred to as 'user equipment (UE)' in the patent filing, may be capable of using multiple subscriber identity modules (SIMs). For example, a Dual SIM Dual Active (DSDA) UE is capable of using two SIMs and two radios, so as to maintain two active voice calls simultaneously. A DSDA UE is capable of receiving a second voice call while conducting a first, and switching between the two voice calls without dropping either.

A Dual SIM Dual Standby (DSDS) UE may comprise a single transmitter and one or more receivers. In DSDS, the UE, while conducting a first active voice call, may be able to receive a second voice call on the other receiver. If the user desired to accept the second voice call, the first call would have to be placed on hold (or standby), since the UE comprises only a single transmitter. When a first voice call is active, desirable services such as receiving and presenting caller ID information associated with this second call have not been available on a DSDS UE.

Therefore, improvements in the field are desired. In addition, in a DSDS UE that implements multiple protocol stacks, it would be desirable to reduce the overhead associated with selection/reselection of PLMNs (Public Land Mobile Networks).

Apple's invention relates to a user equipment (UE) and associated methods for enabling a Dual SIM Dual Active (DSDA) UE to support caller ID functions on a second received call while actively engaged on a first call. The UE may include at least two antennas, at least two Subscriber Identity Modules (SIMs), a single transmitter, and at least two receivers.

The UE may execute the first and second protocol stacks on the one or more processors to utilize the single transmitter in a time-sharing manner for a period of time to set up the incoming call. During this time period, caller ID information indicating a calling party of the second voice call may be received. 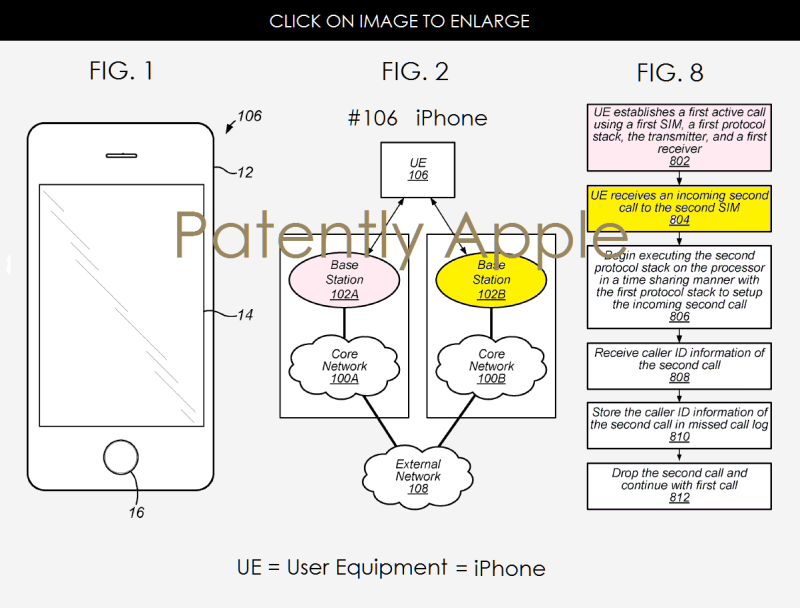 Apple's patent FIG. 1 illustrates an example user equipment (UE) – an iPhone; FIG. 2 illustrates an example wireless communication system in which a UE communicates with two base stations; and FIG. 8 is an example flowchart diagram illustrating a method by which a DSDS UE device may retrieve caller ID information representing the originator of an incoming second call while engaged in an active first call.

Noted below is Apple's patent FIG. 6 which is an example block diagram of a protocol stack system. 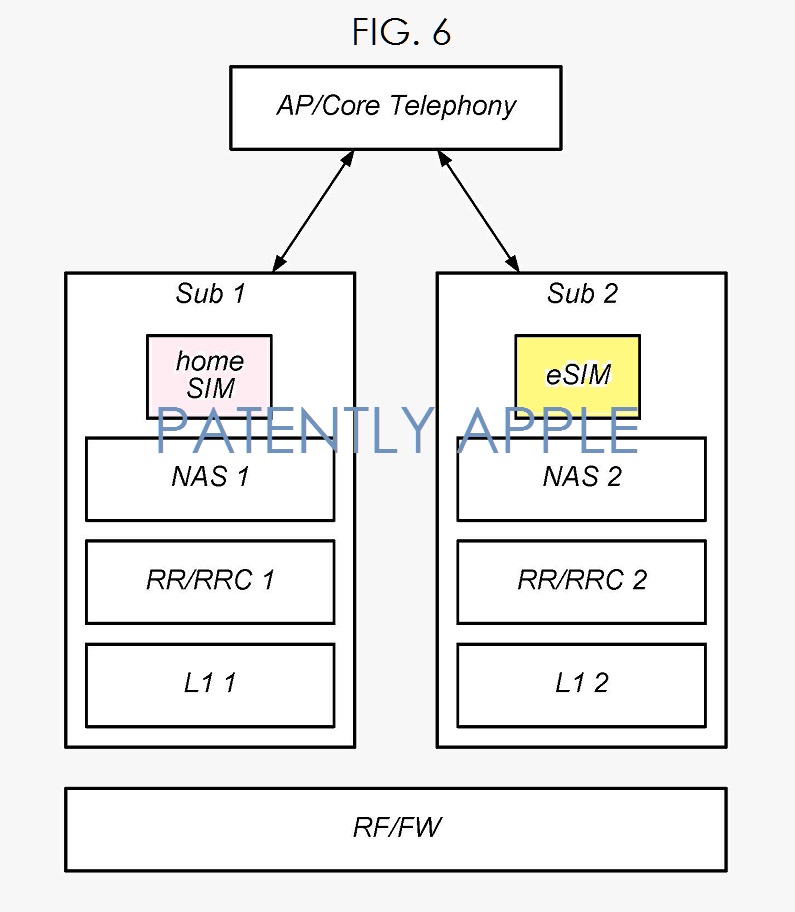 User Equipment (EU -#106) can also apply to other Apple products, according to the patent filing, such as a portable gaming system, Apple Watch, headphones, wearables, MacBooks (part of a cellular MacBook) and other devices.

Apple patent application 20160219421 was filed in Q1 2016 with references back to foreign filings in 2015. Considering that this is a patent application, the timing of such a product to market is unknown at this time.