In February 2015 Patently Apple posted a report titled "Apple Introduces an Alternative Touch ID Method using Full-Display Fingerprint Sensors." Today, the U.S. Patent and Trademark Office published a patent application from Apple that supports a display that integrates a finger biometric sensing layer so that Touch ID could be on an iOS device display surface and not restricted to traditional Home Button. This is certainly one of the inventions that time and time again pops up in rumors. 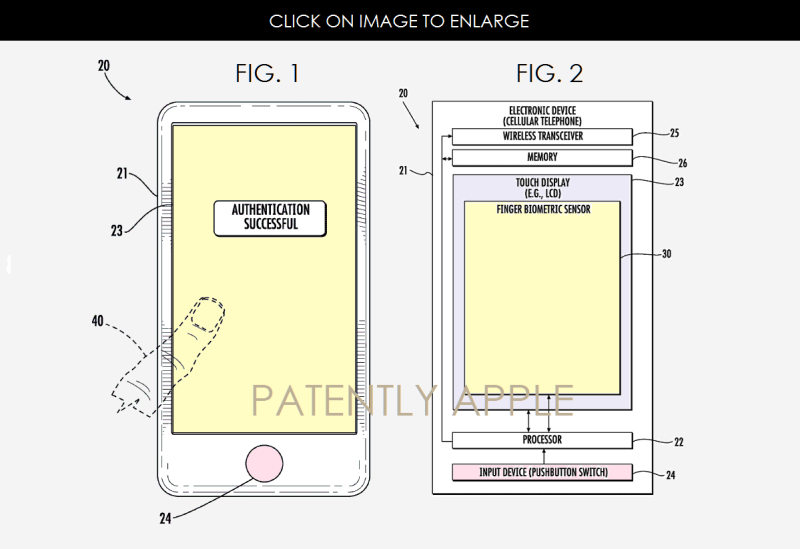