In November Patently Apple posted a patent report titled "An Apple Watch Patent Surfaces Regarding Haptics based on Orientation, Positioning & Environment." Douglas Weber was one of the inventors. Weber was also behind another recent invention that came to light regarding "Apple Watch Bands with Individual Smart Links Could Add New Functionality." With these two recent patents under his belt it's pretty clear he's on the Apple Watch team. Today, Apple was granted a patent for a haptics device. It's not a new filing or new invention but rather one that already exists in Apple Watch.

Like all haptics inventions (and Apple has many), they're about delivering sensations, making a buzzing sound, sending a vibration as part of a notice for an iOS device like an iPhone or Apple Watch. They could, according to Apple, also extend to "wearable health assistants, video game controllers as well.

Apple's granted patent/invention is able to create a haptic effect, movement or action such as but not limited to a tap, pop, jolt or other movement. The device is smart enough to know if the device, like an iPhone, is on a desk, in a pocket or on a pillow and adjust or alter the type of haptic event accordingly so that the user is aware of the intended alert.

The vast majority of the invention / granted patent covers the mechanics of the haptic device as noted below. 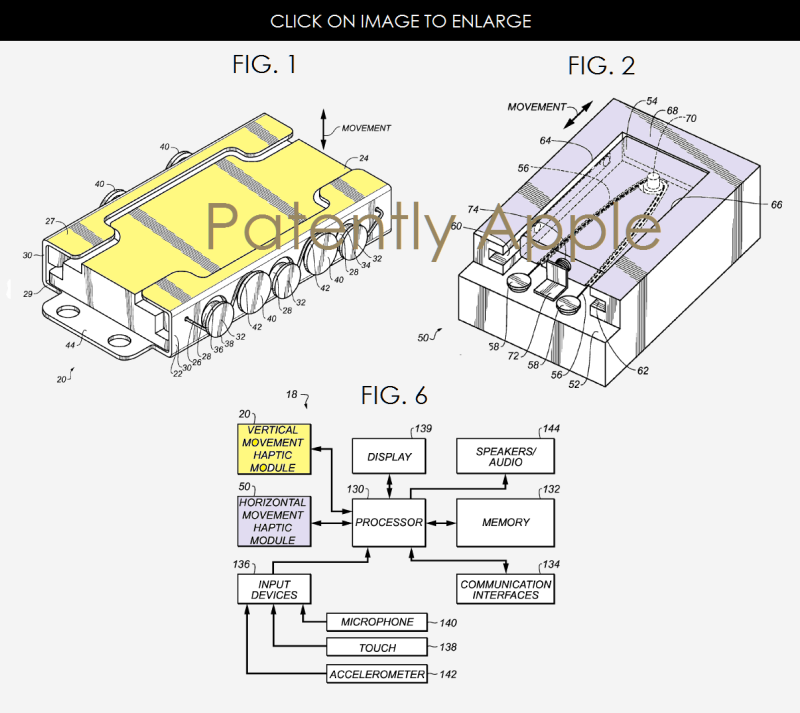 Apple's granted patent 9,396,629 was originally filed in Q1 2014 and published today by the US Patent and Trademark Office. Apple invented the haptics related to the Apple Watch approximately one year prior to it being launched on April 24, 2015. The term "wearable health assistants" used in the patent filing all but confirms it relates to and was designed for the Apple Watch.