In iOS 10 Apple is introducing a nice little feature called 'Raise to Wake' which is self-explanatory in that you'll be able to simply grab your phone and as you raise it the screen will automatically turn on. Today, the U.S. Patent and Trademark Office published a patent application from Apple that reveals a future feature that extends Raise to Wake. In the future if a businessman pulls their iPhone from their inside suit pocket the iPhone will turn on and when it's put back into the pocket it will automatically turn off. Of course it will work the same way when pulling an iPhone out of purse or student backpack as the feature is based on a new sensor that could detect material.

Apple's invention covers examples of detecting a material partially or fully covering a device. The device can include a display. The device can also include one or more sensors for detecting the material, and can change its operating state (e.g., turn off its display) based on whether and how much the material is covering the device.

According to Apple, "The sensors can be sensors such as ambient light sensors (ALS), proximity sensors and/or cameras. In some examples, the device can process outputs from the one or more sensors itself. 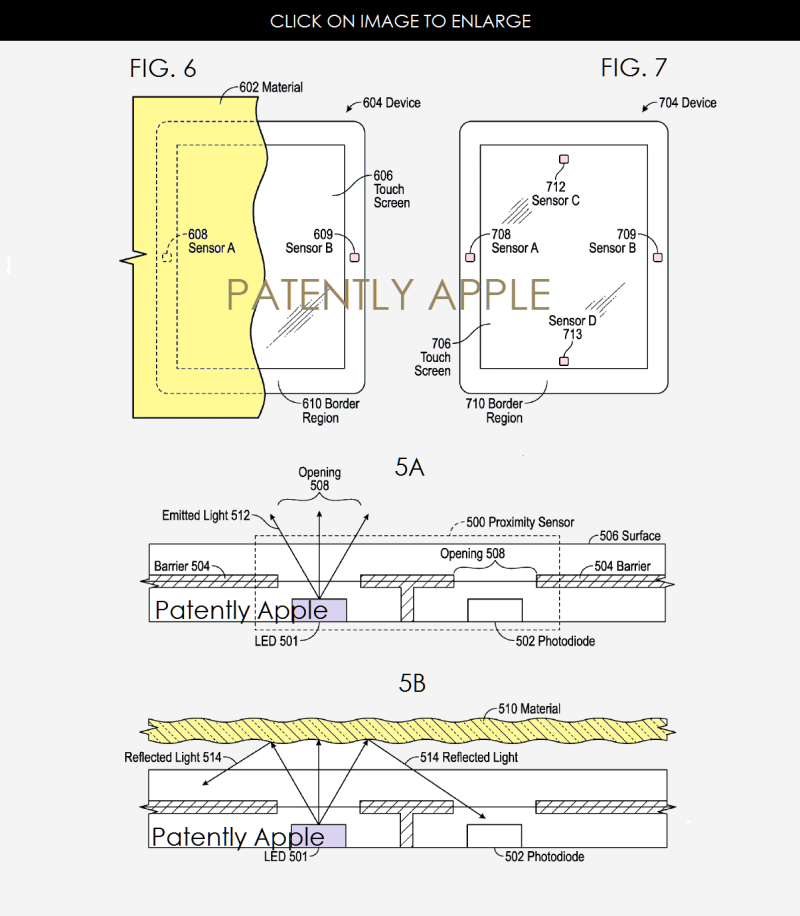 Of course the feature will work when in any pocket, purse or student backpack. The invention also covers how this feature could work with the Apple Watch when a sleeve is covering the display.

If Apple's patent application 20160216753 interests you, then you could check it out further here for every detail, twist and turn. The sole inventor noted on the patent filing is Anna-Katrina Shedletsky who used to be the Apple Watch System Product Design Lead and Manager. Shedletsky left 16 months ago to open her own company called Stealth.