The U.S. Patent and Trademark Office officially published a series of 32 newly granted patents for Apple Inc. today. Earlier today we covered granted patents relating to an iPhone projector and the Apple Pencil working with Apple's next-gen Magic Trackpad-3. Some of the other patents worth noting today cover force touch for the MacBook's trackpad and beyond, disappearing buttons and/or sliders on a MacBook and other devices that we first covered back in 2010. Apple was also granted two (one, two) design patents relating to the iPad and another for the iPhone. We wrap up this week's granted patent report with our traditional listing of the remaining granted patents that were issued to Apple today. 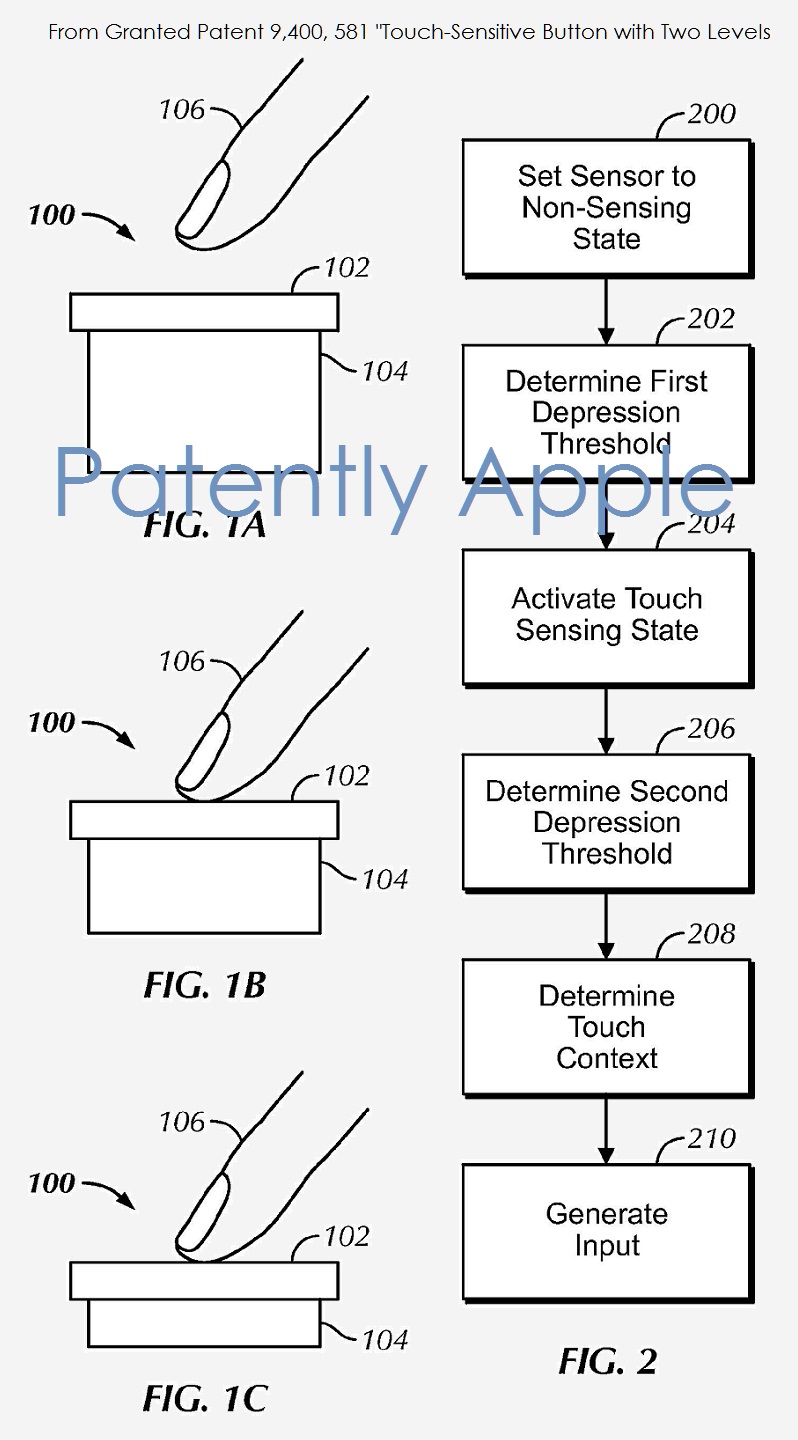 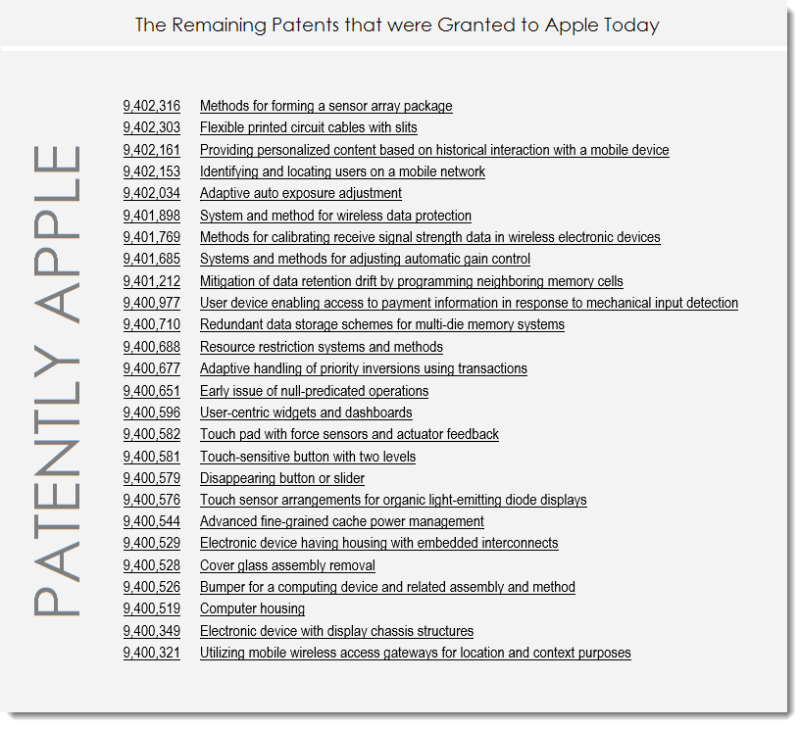