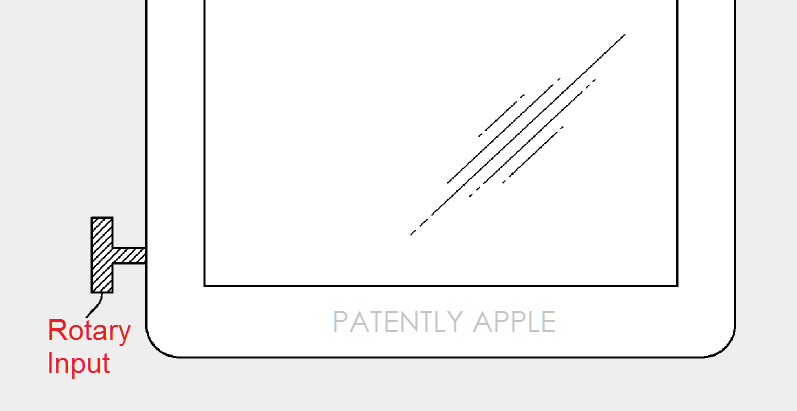 Today, the U.S. Patent and Trademark Office published a patent application from Apple that reveals that Jony Ive and his team have considered expanding the Apple Watch's digital crown to other iOS devices such as the iPad. Apple notes that the digital crown could be used as a volume controller or locking the touch screen, turning on the touch screen, taking a picture, resizing text and other actions.

Apple's patent FIG. 2 noted below illustrates an expanded view of an exemplary device #200 such as an iPad, though it could be an iPhone or iPod touch as well. The device could include touch screen surrounded by border region #208. The border region could be a region between touch screen #206 and the edge of device. In some examples, the device may not have a border region and may instead have a surface composed only of touch screen.

The device could also include mechanical inputs such as button #202, slide switch #203 and rotary input #204. 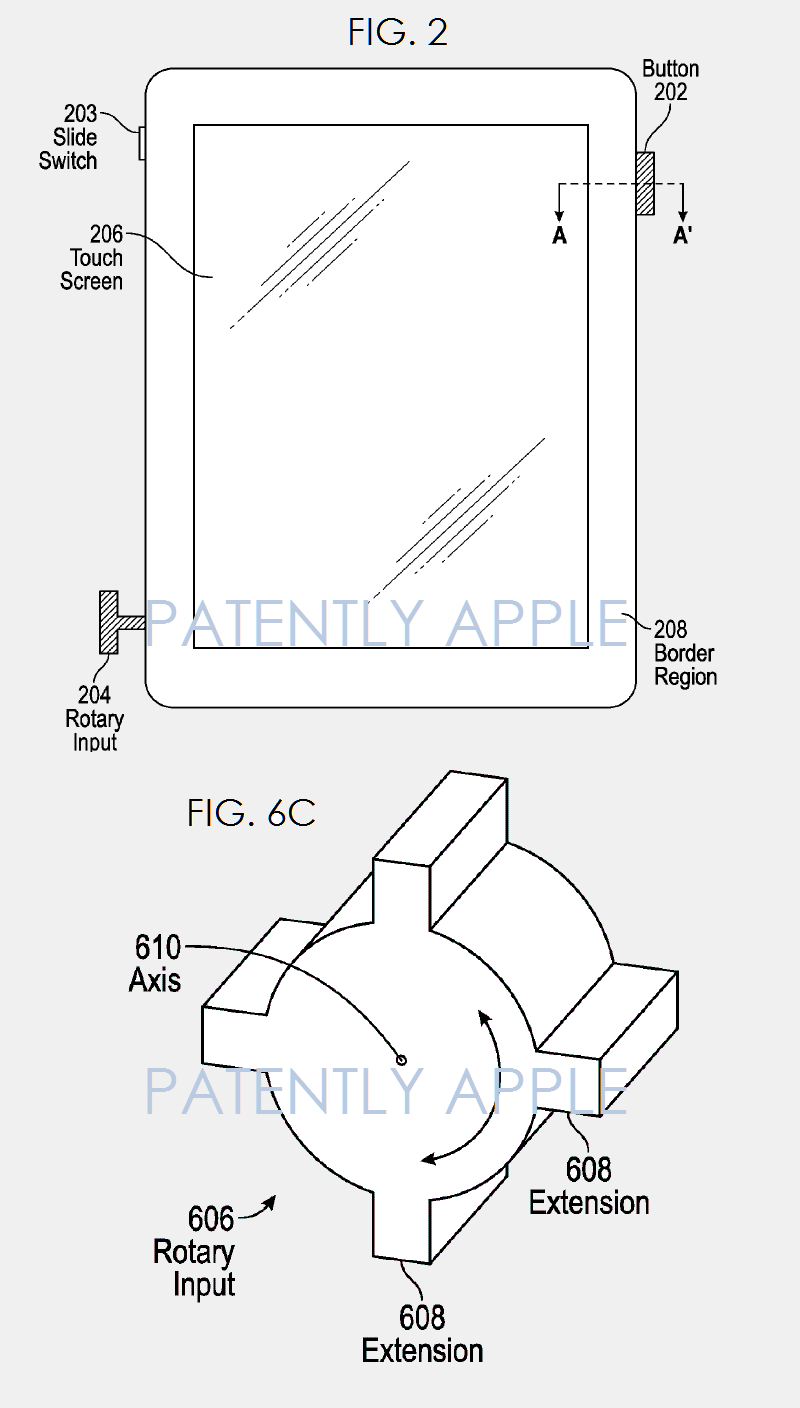 In a secondary patent filing published today by the U.S. Patent Office titled "Generator Button for Electronic Devices" we learn that "In some waterproof button designs that include user feedback, such as those that use an elastomeric seal between the button and a tactile switch, the elastomeric seal may be compressed between the tactile switch and the button cap. These designs may reduce the tactile feedback or click feel to a user. For example, the elastomeric seal positioned between the tactile switch and the button may have a dampened or "squishy" feel. On the contrary, the induction button may provide a feedback force through magnetic interaction between the coil and the magnetic element and so the seal  may not substantially dampen or affect the feedback feel of the input button." The design applied to the digital crown of the Apple Watch or an iOS device. You could learn more about this secondary patent here.