Home Archives Contact Us Subscribe Twitter Facebook Patently Mobile
Apple Patent Confirms work on Repurposing Touch ID behind the Display of an iOS Device
Apple Once thought they cracked the TV Market, but just Keep Spinning their Wheels in Vain

While we know that Apple's next display shift will be to OLED for their 2017 Anniversary edition iPhone, Apple is always looking to the next wave technology just on the horizon. So what's beyond OLED? At the moment, many think the next trend points to Quantum Dot LED or QDLED. While the structure of a QLED is very similar to OLED technology, the difference is that the light emitting centers are cadmium selenide nanocrystals, or quantum dots. Theoretically, the advantages to this type of display is that it could reportedly deliver brighter 'pure color' and consumes less power, in fact close to 50% less power. The technology is also ideal for consumer devices that demand a flexible display. When Apple first introduced their vision of an Apple Watch in 2013, they presented it with a 'continuous' display that completely wraps around a users wrist as noted in the patent figure below. A QDLED type of display would allow such a form factor to come to market. 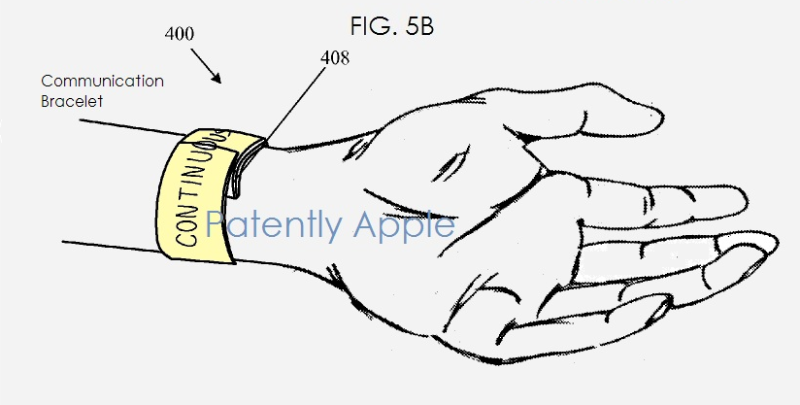 While Quantum Dot based displays are no doubt many years out, Apple is already on record having explored the technology in a string of four patent filings that we covered back in 2014 in a report titled "Quantum Dots Could Take the Retina Display to the Next Level." Today, another Quantum Dot invention came to light.

Display performance can be enhanced by using narrow linewidth light-emitting diode light sources. For example, color saturation in a display can be enhanced by using light-emitting diode sources that emit narrowband red, green, and blue light. Light sources of this type may exploit the ability of phosphors and quantum dots to produce output light of desired wavelengths and linewidths. For example, a display may include red and green quantum dots to convert some of the blue light from a blue light source to narrowband red and green light.

There are challenges associated with forming this type of display. Quantum dots and phosphors can be sensitive to moisture and oxygen. Quantum dot lifetimes can also be adversely affected by exposure to high pump light intensities and elevated temperatures. Quantum dot performance is also affected by the type of structures used to form the quantum dots. If care is not taken, quantum dots will exhibit insufficient quantum confinement and instability.

Apple's invention delves into their solution that will overcome this problem associated with quantum dot so that this type of display could be used in future MacBooks, iMacs, iOS devices and yes, a possible large screen Apple Television. 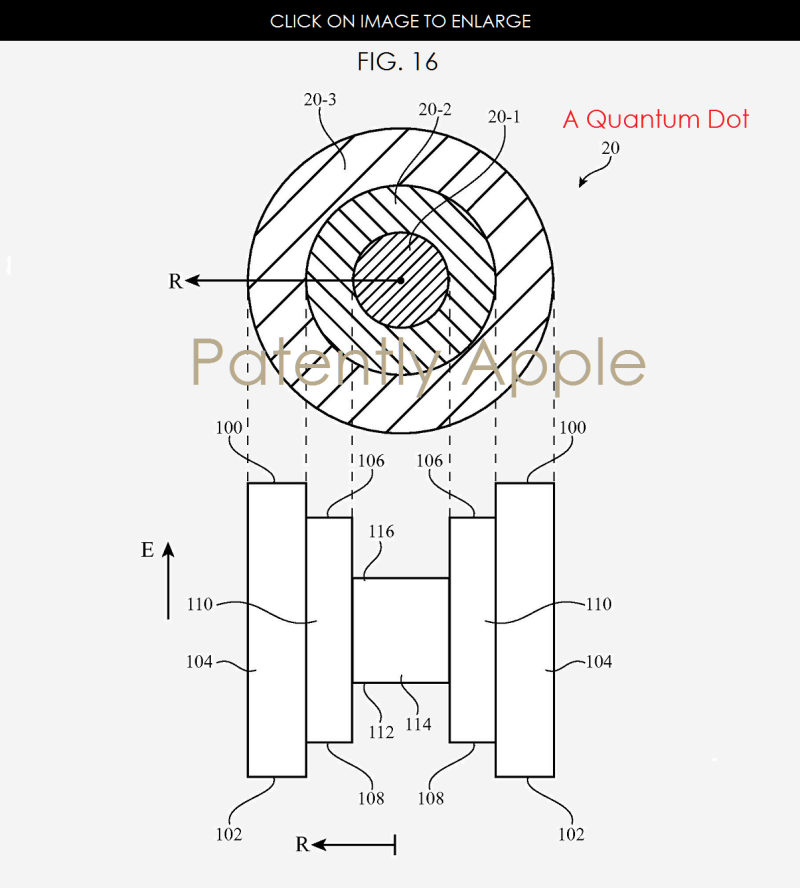 Apple's patent FIG. 16 is a diagram containing a cross-section of an illustrative quantum dot and a corresponding energy band.

If you're an engineer wanting to have a stimulating read about this subject you could check it out here. Apple's patent application 20160218252 was filed in Q3 2015. For most of us, reading this patent is like trying to read hieroglyphics on an Egyptian tomb. Good luck.

Quantum Dots Explained: What are quantum dots and why are they so awesome?

What are Quantum Dots and why do I want them in my TV?