While Apple Moves Defensively against Google Search, why aren't they Challenging Spotify on Android?

By Apple developing its homegrown AI-powered services for iOS they're able to fend off Google services like search. The new Siri search features for its Mac computers will use Microsoft Corp.'s Bing search engine, rather than Google, when querying the web. And many of the answers Siri gives to users' voice-based questions come from Apple's own searches done inside apps installed on its gadgets.

A new Bloomberg report further notes today that "'Consumers prefer voice when it comes to looking up quick things,' said Julie Ask, an analyst at Forrester Research, adding that 'It just becomes the easier way of people searching." Julie Ask further noted that '"I was with my nephews over the weekend and they don't know anything but to hit the button and talk to their iPad.'

As Apple adds more AI-based voice and text understanding to its software and services, it has a better chance of keeping consumers within its digital universe, rather than going to rival services to manage their digital lives.

Apple Inc.'s new artificial-intelligence capabilities may help it protect its software and services businesses from incursions by Alphabet Inc.'s Google -- and cut the internet giant out of lucrative search roles on its devices.

While extending Siri will act as a defensive move on Apple's part against Google, the mystery continues as to why Apple is taking so long in delivering Apple Music or iTunes to Android as an offensive move. Android continues to outgrow Apple's iOS around the world and new stats showed that iOS only stood its ground in the UK for the last three months ending in April, according to Kantar.

Kantar further noted that "In Great Britain, both Android and iOS had higher market share in the three months ending April 2016. Android represented 58.5% of the market in that period, a gain of 4.1% year-on-year," said Dominic Sunnebo, Business Unit Director for Kantar Worldpanel ComTech Europe.

Yet no matter how you slice and dice it, Apple Music and iTunes is trying to compete with Spotify and refusing to attack their competitor on the largest pool of mobile users around the world that use Android seems to be insanity at this point. Instead of stopping Google searches on iOS devices, they'd probably would benefit more from going on the offensive to win a larger piece of the music streaming pie on Android. 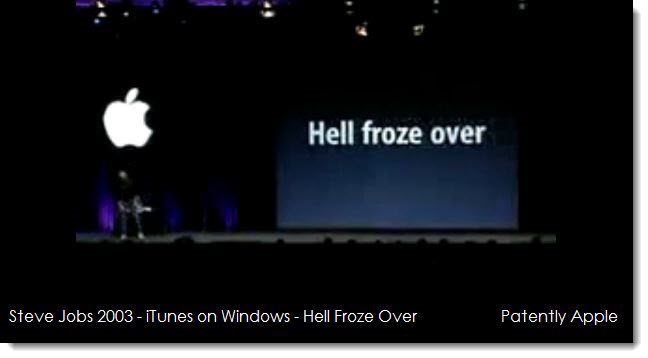 In 2003 Steve Jobs stunned the Apple world if not the PC world when he announced that "Hell froze over," – that iTunes was going to be on the PC, the larger market at that time. Now Android is clearly the largest market leader in volume and Apple still has yet to make it happen. It's kind of a mystery that's baffling. As long as Spotify rules Android, Apple Music won't be able to overtake them any time soon.