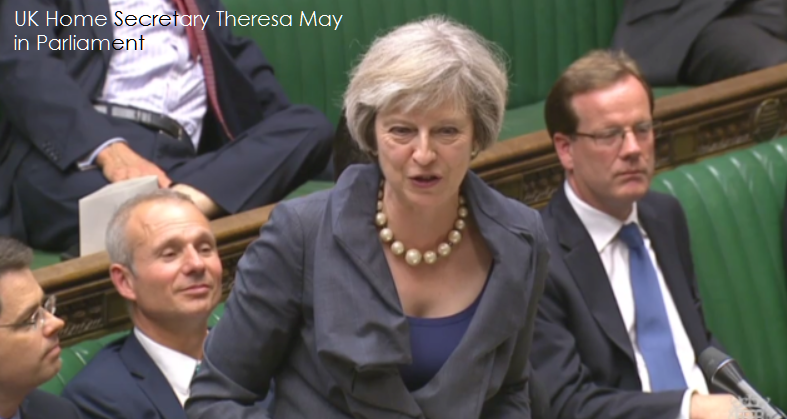 Back in March Patently Apple reported that the UK's revised Investigatory Powers Bill that would go to UK's House of Commons for a vote that would in some ways ease up on tech companies like Apple and Google. A UK report stated that "A Home Office source said that 'The Bill clarifies the Government's position on encryption, putting beyond doubt that companies can only be asked to remove encryption that they themselves have applied, and only where it is practicable for them to do so. This will make clear that the Government is not asking companies to weaken their security by undermining encryption." The report further noted that the government was persuaded about the important role encoding communications played in the protection of legitimate online activity such as banking, shopping and personal data and that the Government is to clarify its position in the Investigatory Powers Bill." Today the House of Commons voted on the bill and it passed by a vote of 444 to 69.

That would suggest that the encryption was properly dismissed or weakened as promised. However, when reading Ars Technica UK's report on the passage of the bill, the word or topic of encryption was completely unrecorded.

Starmer, who is the UK's former director of public prosecutions, told the House of Commons on Monday that "Safety and security and human rights are not mutually exclusive, they are not either/ors, and we can have both. And that is why Labour has supported the principle of this new bill, but it's also why we have focused intensely on the necessity for the powers in the bill and the safeguards."

MPs will return to debate the Investigatory Powers Bill tomorrow, after which time it will wing its way to the House of Lords for final approval. See the full Ars Technica UK report for more details.

Bloomberg importantly added that "The bill also makes clear that the government will likely reimburse communications companies, including mobile operators, for the cost of complying with the new legal obligations, such as the requirement to retain records of all the websites its customers visit for at least a year.

The report last noted that "The legislation, which some critics have branded a snooper's charter, will also be analyzed by a panel of legal experts chaired by David Anderson QC, the U.K.'s independent reviewer of terrorism legislation. Anderson will issue a report on the bill -- including an opinion on whether the bulk surveillance powers the government is asking for are justified -- in time for the Lords final vote on the bill sometime in the fall. If it passes, the law will go into effect in January 2017."

Yet the most controversial part of the bill originally covered tech companies having to create back doors to their software to work around encryption. It's what caused the uproar in the first place. So why were both political parties going out of their way today to purposely not whisper anything regarding encryption on the passing of this bill? Remember that "the Government was to clarify its position in the Investigatory Powers Bill" in respect to the issue of encryption. Obviously the devil is in the details and that has yet to emerge. So I'd hold off on ordering the champagne until that very point has been spelled out crystal clear.