Last Friday we posted a report titled "Beijing Court Rules that Apple's iPhone 6 Models Violate Chinese Design Patent and may be Banned," wherein we noted that the politics of this simply reeked. Then the Wall Street Journal reported on Wednesday that the both entities in the lawsuit against Apple were actually insolvent.

Andy Yang, the Beijing-based attorney representing Shenzhen Baili Marketing Services Co., held a press conference Friday afternoon, the company's first public appearance about the case. He stated that his client has no intention of affecting either the U.S. tech giant's product sales or reputation and added that "What Baili wants to achieve is to clarify the facts and protect its own innovation and intellectual property rights."

Mr. Yang pointed out 27 phone features which he said could confuse consumers between the two companies' products, ranging from the frames' angle of curvature to placement of buttons on the side. Mr. Yang said the company couldn't speculate on why the designs were similar.

He further emphasized that the first-comer should get the patent even if a design overlap was a coincidence.

Apple's lawyers wrote in their appeal that the iPhone 6 and iPhone 6 Plus don't infringe on Shenzhen Baili's patents. For more on this, read the full Wall Street Journal report here. 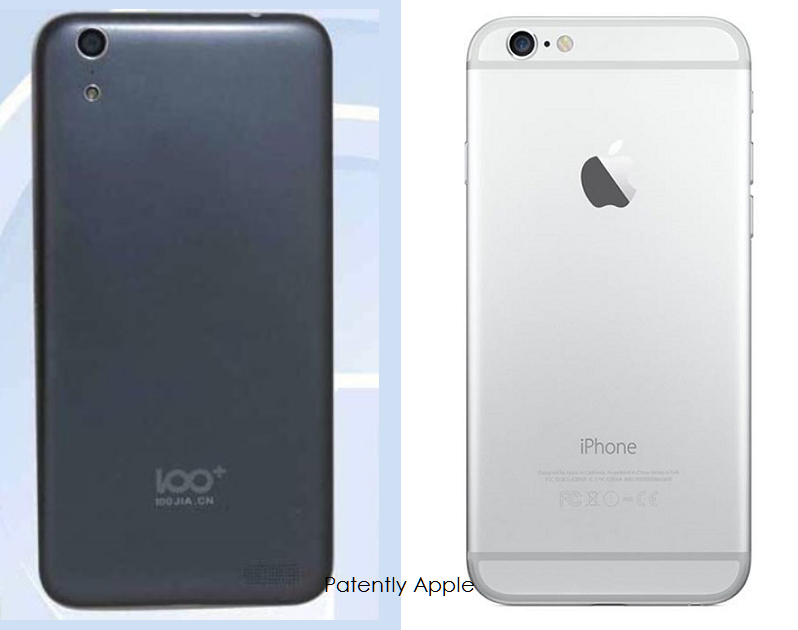 The more that I hear this lawyer talking as if the two smartphones even come close to each other in design, the more I laugh. Clearly the camera layout on the backside of the 100c is different and Apple clearly has their antenna areas marked out for all too see. Apple also has a one-of-a-kind Home button whereas the Bali 100c has a typical Android interface lacking the distinctive Home Button. The button configurations on the left side don't match. The 100c has a chunky speaker grill on the bottom right of the backside of the phone whereas the iPhone 6 speaker has a single line design at the bottom of the device. So pray tell, where is the design commonality? Obviously Baili's lawyer has dollar signs dancing on the face of his eyeballs obstructing his view, because there isn't any design commonality.