Sorry, the PC Market is Under Construction: Come Back in 2018 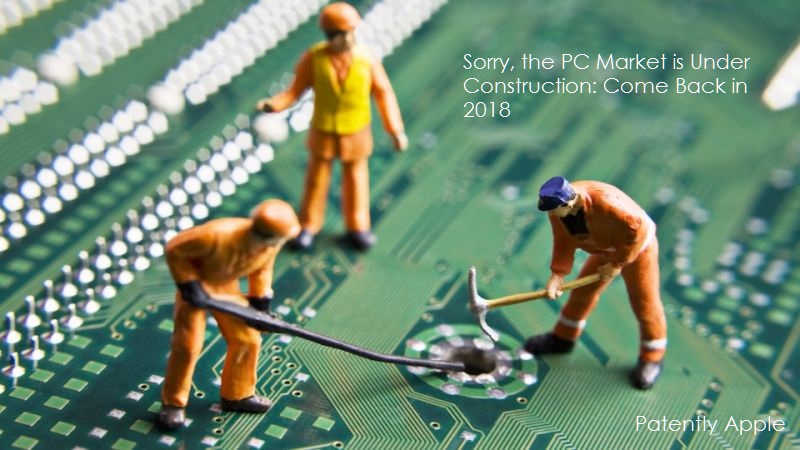 IDC's latest report on the health of the overall PC market indicates that it won't see daylight until sometime in 2018. PC shipments will fall 7.3% in 2016 and continue to fall in 2017 until it hits its final bottom. Loren Loverde, vice president, Worldwide Tracker Forecasting and PC research states in the report that "In addition, we have now had four consecutive quarters of double-digit volume declines. This type of prolonged slump is unprecedented, and lowers the bar for some improvement going forward. Unfortunately, the PC market still faces some persistent challenges, and for now, improvement continues to mean slower declines."

Jay Chou, research manager, Worldwide PC Tracker added for the report that "Although inventory has improved in some markets, channels remain extremely conservative. The economic and competitive pressures are particularly affecting the consumer segment, which is projected to see another year of double-digit declines in 2016. This pressure related to inventory backup was echoed in our report earlier this week about Intel's Kaby Lake processor being delayed because of this issue. Whether that relates to notebooks, desktops or both, however, wasn't clarified. For more on this, see IDC's full report here.

You knew that Intel wasn't happy about the state of the PC market when it was announced in April that Kirk Skaugen, a highly regarded manager that some Intel watchers saw as a potential CEO candidate, abruptly decided to leave the company. That's the polite corporate way of saying he was fired. That just happened to occur about two weeks after Phil Schiller laughed at the Wintel market by stating that it was sad that 600 million Windows PC's have yet to be upgraded over the past five years and that they should consider buying an iPad Pro.

And at this year's Computex Navin Shenoy, Intel's Corporate VP for the Client Computing Group stepped in to tell us about the PC being "The ultimate Darwinian Device." It's a tired excuse that's been repeated by Intel over the years. But even Shenoy tried to appeal to these 600 million PC owners that have failed to upgrade.

Shenoy stated that "Today's PCs are better than ever. If you haven't held a new 2 in 1, played on a new gaming system or tried a new desktop All in One, you are missing out. Many people reading this likely own any one of the 600 million PCs over 5 years old. You would not believe how tremendously the PC has evolved since then. Today, there are PCs with touch screens, integrated projectors, pens, and biometric authentication. There are PCs that wirelessly dock and display, and PCs that power mind-blowing virtual reality experiences. Compared to 5 years ago, PCs are about half as thin and half the weight, two and a half times faster and have three times longer battery life than those older systems sitting on your desk."

And yet with all these great PC improvements, IDC continues to believe that the PC market won't hit its bottom until 2018. With Intel's hiccup in failing to deliver their next generation 10nm processors on time and their failure to deliver wireless desktop PC's as promised, PC owners are sitting on the sidelines waiting for Wintel to finally get their act together and at least try to deliver PC's that won't die while sleeping.

And let's be fair, some Apple fans have been grumbling a lot lately about Apple neglecting the Mac. Two headlines of late include, Apple's aging Mac Pro is falling far behind Windows rivals, and Neglected Again, Apple's dusty MacBooks are outdated, underpowered and overpriced. While new MacBooks may still be on tap for this month, real meaty improvements that could once again excite us seem to be nowhere in sight.

As IDC hints: Sorry, the PC Market is Under Construction: Come Back in 2018.