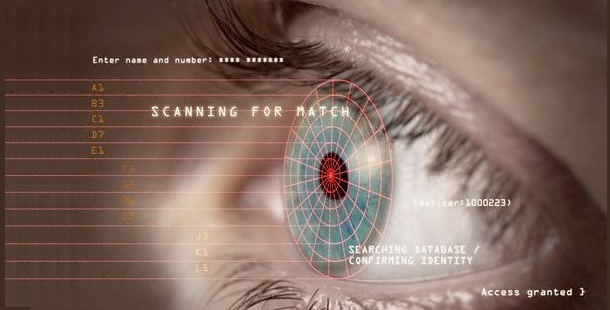 On June 2 Patently Apple posted a report titled "Samsung Moves One Step Closer to Introducing Iris Scanning Recognition on Galaxy Devices." The report noted Samsung's latest trademark filings for Galaxy Iris and Galaxy Eyeprint. In January 2015 our Patently Mobile site reported on a Samsung patent for iris scanning that was developed by both Samsung and the lndustry-Academic Cooperation Foundation Yonsei University. Today the Korean tech press reports that Samsung will reportedly launch their next Galaxy Note 7 with an iris scanner at a special event on August 2.

It's being reported that "Korean camera module-maker Patron will reportedly be supplying its iris camera modules for Samsung Electronics' next premium smartphone, presumably the Galaxy Note 7.

The Korean camera module firm reportedly won a bid months ago to supply the entire volume of biometric modules needed for the upcoming smartphone, which is expected to be unveiled on Aug. 2 in New York City."

The report further noted that "Some of renderings of the smartphone have been leaked online, apparently showing that the Note 7 is fitted with two cameras -- one for selfies and the other for iris scanning.

Compared to fingerprint scanning technology, which works by recognizing 40 traits on a fingerprint, the iris scanner recognizes 266 traits on an iris, meaning the latter offers greater accuracy and security."