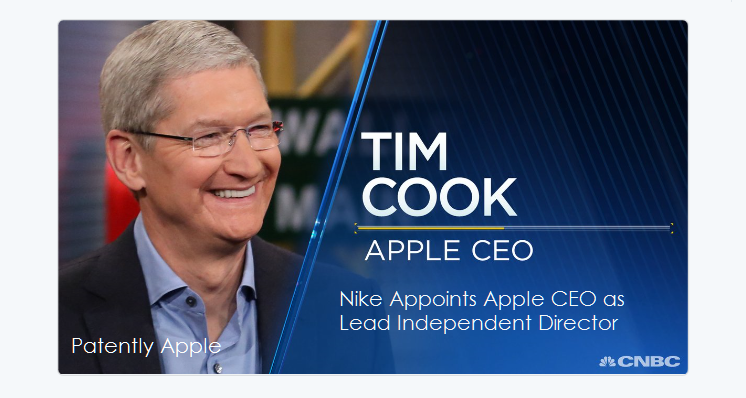 CNBC has tweeted breaking news about Nike this afternoon. Nike has officially appointed Apple's CEO Tim Cook as Lead Independent Director. Tim Cook originally joined Nike's Board of Directors back in 2005 when he was Apple's COO. No press release was available at the time of this post. 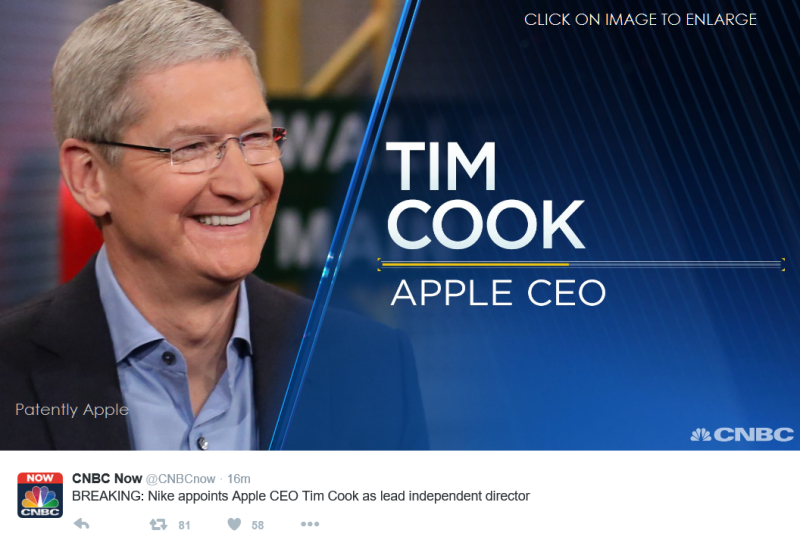