A new WSJ report this morning noted that Mr. Bob Bechek, CEO of Bain & Co., is the highest-rated chief executive among leaders of large firms, according to an analysis of more than 2 million employee reviews submitted to recruiting site Glassdoor Inc. Some 147 employees at the consultancy gave Mr. Bechek an overall approval rating of 99%. Seven of the 10 most popular chief executives in America lead tech firms, including Mark Zuckerberg at Facebook Inc. and Tim Cook at Apple Inc.

Speaking at Oxford University last year, Mr. Bechek attributed his leadership success in part to his ability to maintain what he dubbed a 'quiet mind.' Bechek added: "I always had this ability to just breathe, and to remain calm in a crisis."

Apple's CEO Tim Cook made it to number 8 on the top 10 of this list as highlighted below. 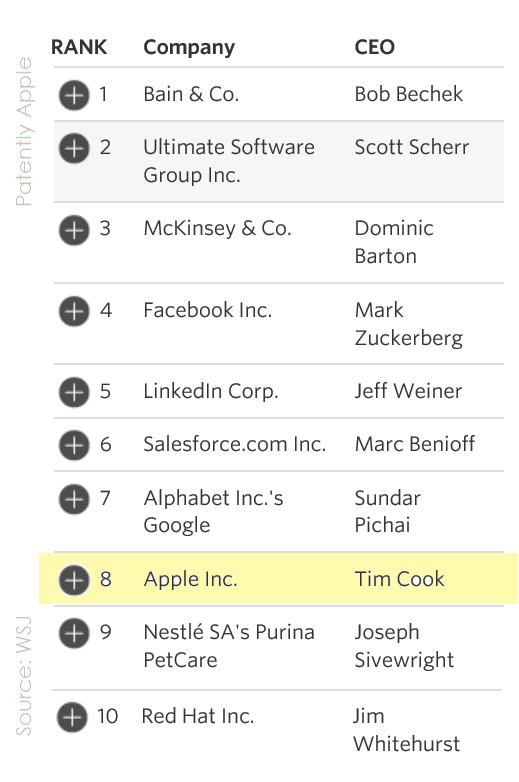 For interest sake, T-Mobile's John legere came in at #12 while Microsoft's Satya Nadella, for all the praise heaped on him by the press, didn't even make it on the top 50 list – ouch! To see the full list, see the WSJ report here.