Home Archives Contact Us Subscribe Twitter MeWe Facebook Patently Mobile
The Apple Pay Rollout in Canada Finalized with Scotiabank, Toronto Dominion & Bank of Montreal on Board
Xiaomi Purchases 1,500 Microsoft Patents as it Prepares to Land in the US in 2017 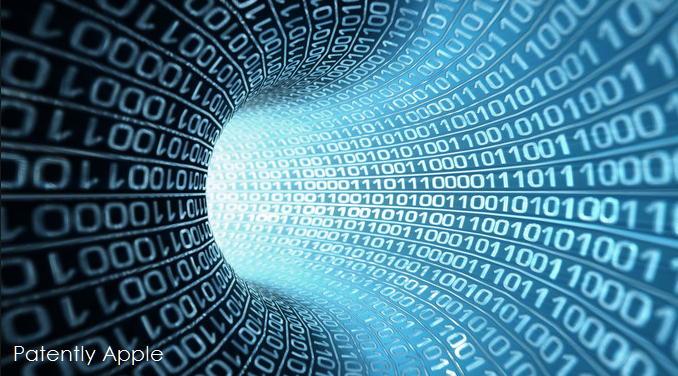 Apple had vowed to up the ante in delivering deeper encryption after their battle with the FBI had begun. On May 24, Jon Callas, who co-founded several well-respected secure communications companies including PGP Corp, Silent Circle and Blackphone, rejoined Apple. Last week the U.S. Patent and Trademark Office published a patent application from Apple that generally addresses circuitry and methods for finding the root of an element of a Galois Field, and may be used in the fields of error correction codes, and in encryption, decryption, and/or cracking in cryptography. For example, decoding a corrupted code word of a Reed-Solomon code or a BCH code may require finding the roots of a degree-three polynomial. Finding the roots of the polynomial in turn requires finding the cube root of a Galois Field element, so that implementing an embodiment for finding such a root reduces the time required for the decoding.

Apple's patent FIG. 1 noted below illustrates a highly schematic block diagram of circuitry that is configured to find the cube roots of a Galois Field element. 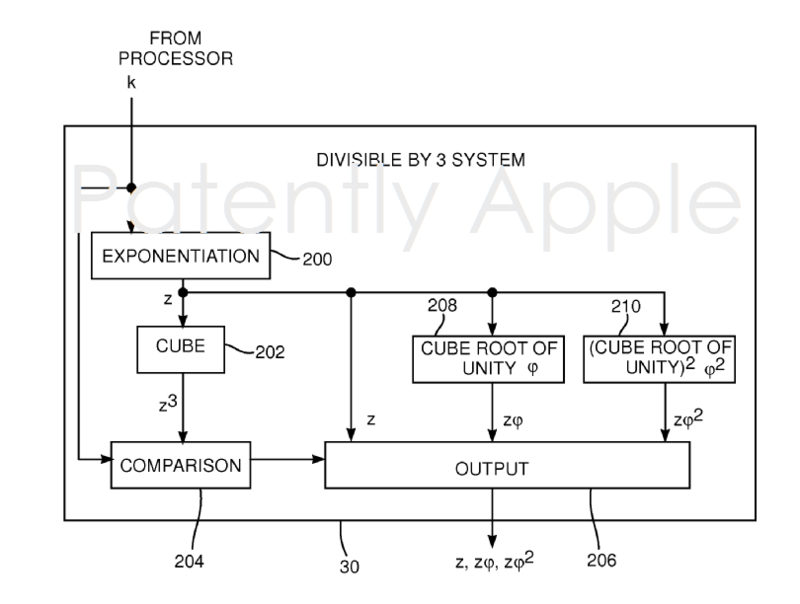 For those interested in this field of expertise, check out Apple's patent application 20160147504 for more details.

The two Israeli inventors in this particular patent are Micha Anholt and Moti Teitel. The two appear to be a part of either a private company or research group as there are dozens of other patents with their names and other names from Israel on them that haven't been assigned by Apple. Here are a few other Apple patents from these two inventors behind today's patent that was assigned to Apple: