Nest Announces that Tony Fadell is out Effective Immediately 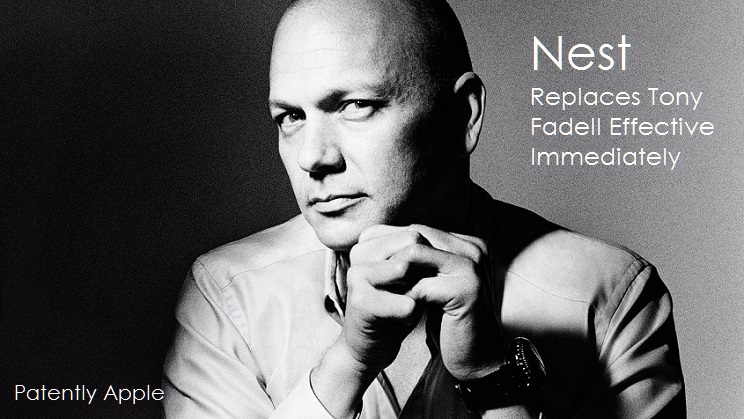 Report Updated 4 pm PST: Fadell's side of the Story

Back in April Patently Apple posted a report titled "A Backlash is Brewing against Google's Nest." Nest had acquired a company called Revolv and rushed the product to market. The product was so bad that Google eventually shut it down. We noted in the report that "In the end it appears that it was just a bad judgement call on Google's part to trust Nest rushing Revolv to market so that they could look like a leader over Apple in this emerging market. In the end, it just makes Nest look irresponsible and scatterbrained." Today, the head of Nest Tony Fadell is out.

Bloomberg reports today that "Fadell will leave Nest immediately and be replaced by Marwan Fawaz, former executive vice president of Motorola Mobility where he served as CEO of Motorola Home, Nest said in a statement."

Above the problem with Revolv, there was the smoke and carbon monoxide detector recall. Fadell had also taken over the Google Glass project with no advancements reported on to date and in recent months "Nest employees complained publicly about Fadell's management, while claiming the business had missed sales targets, botched upgrades and delayed future products." For more on this story read the full Bloomberg report here.

Fadell served as the Senior Vice President of Apple's iPod Division from March 2006 to November 2008 and started Nest in May 2010.