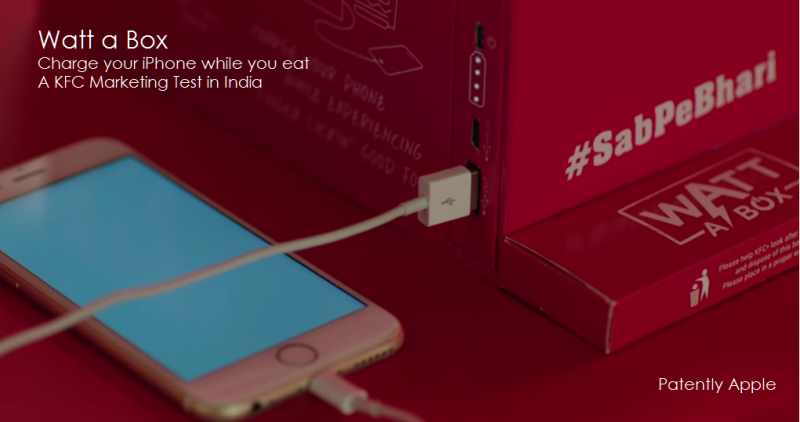 Apple just came off a busy business trip to India and now there's a unique deal to report on. KFC India has introduced the 'Watt a Box' which has a compartment for food, a built-in power bank and leads for plugging in your phone so you can charge it while you eat.

However, they unfortunately won't be widely available, for the time being at least. The limited-edition boxes, featuring detachable 6,100mAh Lithium-ion battery, USB cable and Apple lightning cable, are being offered in a week-long contest run on KFC India's Facebook page and at a handful of outlets in Delhi and Mumbai. Will this idea ever go beyond India? Only time will tell.