Inventors of the Ancient 'WebPhone' are Suing Apple again 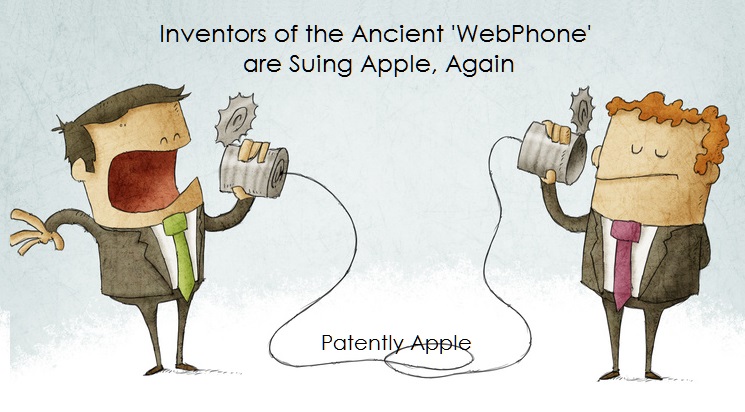 In September 2014 Patently Apple posted a report titled "Apple Sued with Patents from 90's WebPhone Product." Apple was being sued by Straight Path IP Group. The case was reportedly dismissed without prejudice in 2015. Now the Straight Path IP group has decided to try this case once again using four out of the five patents used in their first case. The heart of Straight Path's case centers on Apple's FaceTime software offered on Macs and Apple's iDevices. You could review our initial report for a short overview of the case or review the full complaint filed by Straight Path IP Group below.

The patent infringement case presented in today's report was filed in the California Northern District Court. At present, no Judge has been assigned to this case.