Inventor Thomas Ross is suing Apple because the iPhone infringes on his 1992 patent for a device called the Electronic Reading Device. Even though the U.S. Patent and Trademark office officially deemed the patent "abandoned" in 1995 because Ross decided not to renew it and pay for renewal fee, Ross still believes that Apple has to pay for stealing his idea. He's making the case that there are three characteristics to his lawsuit: 1) it is a chattel, protectable under the Law of Restitution; 2) it is an invention, protectable under Patent Laws and international treaties; and 3) it is an original work, protectable under Copyright Laws and international treaties.

The Electronic Reader Device Exhibits B1 and B2 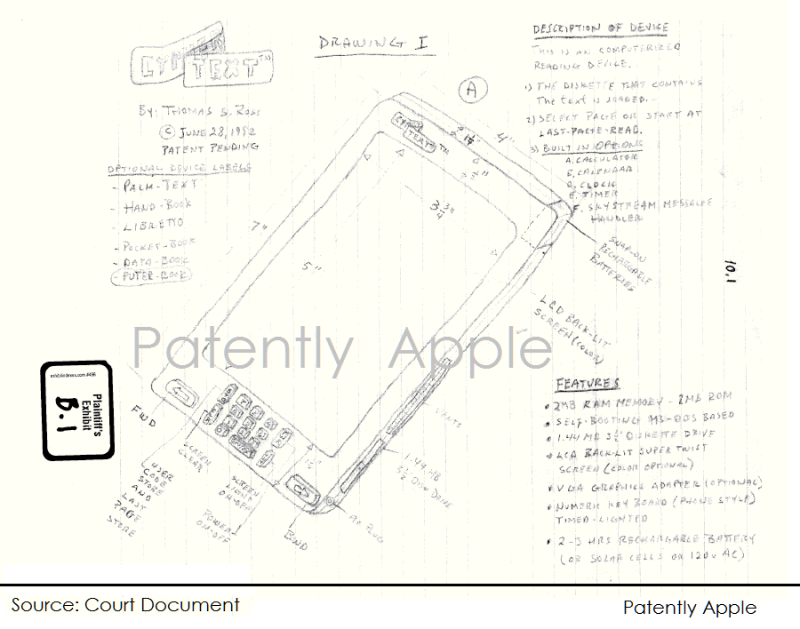 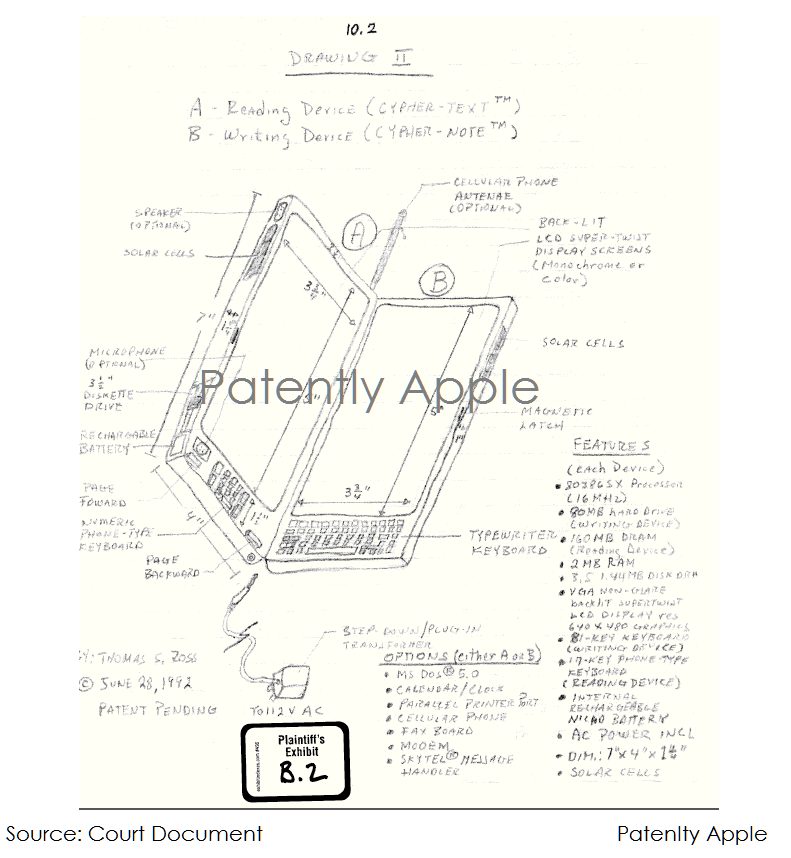 Like others that have sued Apple, he uses the words of Steve Jobs out of context. He notes in his complaint before the court that "ln 1996, Steve Jobs, former CEO of Apple bragged publicly, that Apple had a culture of shameless stealing'' of others ideas, and, as Phil Schiller, Sr. VP of Worldwide Marketing was once quoted as saying, making them their own" This was part of Apple's DNA", as Bud Tribble, Vice President of Apple was quoted as saying."

Because Ross officially abandoned his patent, he then added to the complaint that "Apple engaged in systematic searching for other people's ideas by rummaging through all sorts of resources, private and governmental, for 'abandoned' and 'discarded' prior art, and ideas, and, when it found something promising, it 'made it its own.'"

Ross carries his conspiracy theory / formal complaint through to the 'Prayer for Relief' where he lays out what he is seeking from this legal action with the judge for Apple's alleged copyright infringements. Ross specifically requests that "Apple destroy all copies of Ross's original works that Apple has warehoused anywhere in the world, including owned, rented, leased facilities, or delivered to any Bailee, without Ross's authorization and shall destroy all copies of those original works transferred onto any physical medium or device, in Apple's possession, custody, or control."

Ross is seeking no less than $3 Billion U.S. Dollars and a 0.5% royalty for starters and then wants an additional $10 Billion for restitution and a few extra hundred million for other items on his list. To view the entire complaint filed with the court see Patently Apple's courtesy copy of the complaint below.

The copyrights case presented in today's report was filed in the Florida Southern District Court, Ft. Lauderdale Office. The Presiding Judge in this case is noted as being Judge Kathleen M. Williams.

One more thing: If you think about it, Apple doesn't even have a dual display foldout smartphone as presented in Exhibit B2, even as a patent filing as of yet. Whereas Samsung has been following this design form factor for years, extensively. Hmm, I wonder where Samsung got that idea?