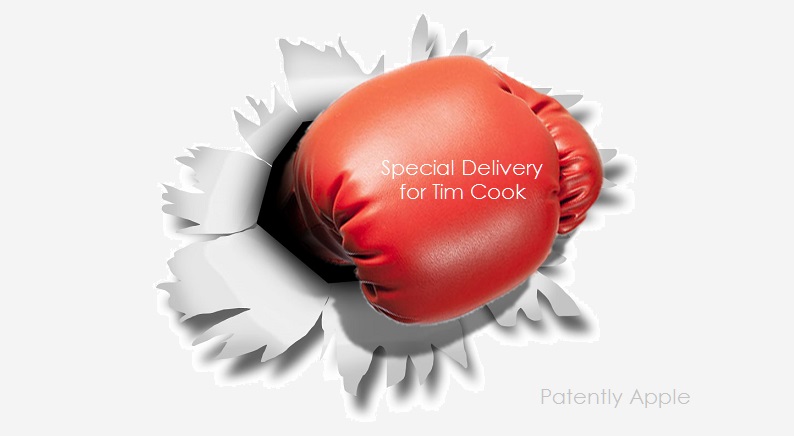 On June 13 Patently Apple posted a report titled "Are New Political Dark Clouds Forming Over Apple Regarding their Stance on Encryption?" I noted in the report that when Tim Cook had aggressively rebuked and chastised the Attorney General of the United States, you knew that there would be some kind of blowback – and in fact it came in the form of the DOJ siding with Samsung against Apple in their patent infringement case. Could you get any dirtier than that? We also mentioned in our June 13 report that Nancy Pelosi, Minority Leader in the U.S. House of Representatives, took several crazy swings at Apple and Steve Jobs. What was she thinking?

Then yesterday a Fortune report stated that "Speaking to SFGate in a phone interview late on Monday, House Minority Leader Nancy Pelosi (D-Calif.) felt bad for Cook for hosting a fundraiser for Paul Ryan, saying that he likely received some poor political advice before deciding to hold the event. 'Poor Tim – what a nice guy he is, but somebody gave him bad advice.' Pelosi told SFGate. 'He probably doesn't think that much about politics.'" Does someone have a huge chip on their shoulder?

One day later and Recode reports that Elizabeth Warren is taking a swing at Apple.

"Google, Apple and Amazon aren't just giant tech companies. They're giant tech companies that use their size to 'snuff out competition.' That's the charge levied by Elizabeth Warren in a speech the Massachusetts senator delivered today in Washington.

Warren singled out three of tech's biggest players in a speech about the perils of 'consolidation and concentration' throughout the economy. It comes the day after Hillary Clinton, Warren's recent stage-mate, laid out a 'technology agenda' that seemed design to please Silicon Valley.

It seems as though the Democrats want to support a crooked Korean company, (Samsung) and a Swedish Company (Spotify) who wants music to be free instead of Apple trying to charge a fair price to support artists. How left is the Democratic party willing to go? Well, apparently far left, thanks to Bernie Sanders.

Wow, have the Democrats changed over the years. I almost fell off my sofa when John Kerry let it slip recently that the Democrats believe in a borderless world. Between that and Obama supporting and siding with the radical Brotherhood in Egypt ... and on and on ... thank goodness that Apple's Tim Cook is supporting the Republicans.

The bottom line is clear: Some Democrats don't like Tim Cook's stance on encryption, they think that Steve Jobs never really invented a thing, and they don't like Tim Cook's political affiliation. I have the feeling that the Democrats aren't finished with Tim Cook as their personal punching bag just yet, so stay tuned. But for now, Hillary Clinton is playing it safe as the "the good cop" in this soap opera standing with Apple on encryption.