Brexit and the Markets: a Seismic Shock 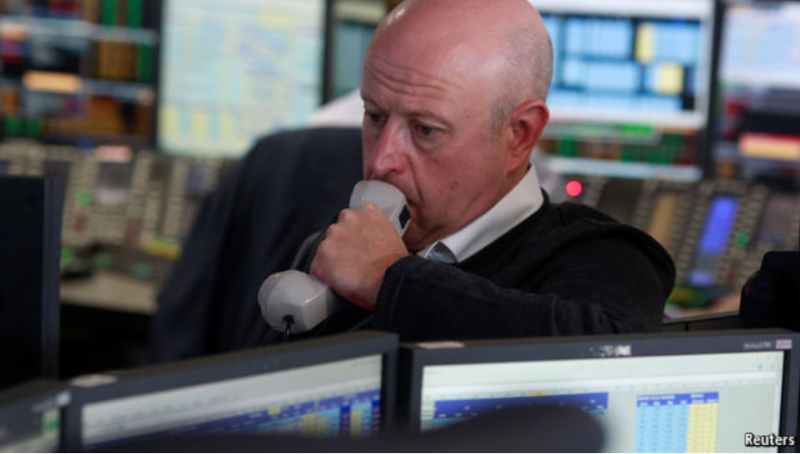 As both shock and elation registered on the divided Brexit camps here Friday, concern mounted over the economic blow from Britain's decision to leave the European Union, reports USA Today. Global stocks, including U.S. heavyweights such as Apple and Google, swooned.

According to USA Today, "Britain's tech leaders were among those voicing the greatest concern in the run up to the historic referendum, worried that the absence of Britain's moderating hand could lead to tighter E.U. regulations on tech companies.

Those fears were reflected in pre-market trading Friday as all major tech stocks took a hit, with Microsoft down 3.7%, Apple down 3% (the price of course will fluctuate throughout the day) and Google down 4%.

Britain typically has played a pro-business role in the ongoing drama that frequently found lawmakers from France and Germany eager to both crack down on the dominance of companies such as Google and Apple as well as keep watch over the privacy of consumer data.

In a March survey by Tech London Advocates, some 90% of tech executives reported being against the Brexit, which passed with a 52% vote. In May, The Guardian reported that all of London's 14 unicorns - companies valued at more than $1 billion - were opposed to the Brexit, and five actively campaigned against it.

Offering a different take was vacuum cleaner and hand air-dryer king, James Dyson, who told Ars Technica UK that being independent of Europe would allow him to more easily recruit engineers as well as "create more wealth and more jobs."

Although Dyson was alone among top tech leaders to express such a sentiment, his minority view has carried the day. That leaves tech leaders grappling with the implications of a newly independent Britain.

A new Economist report on this today is titled "Brexit and the markets: a seismic shock." The report states that "Investors are waking to a deeply unpleasant surprise. Despite the closeness of the opinion polls, most people seemed to think that the "status quo bias" would cause Britons to vote for Remain, especially as it was perceived to be in their economic self-interest. A remain vote was virtually priced in.

As soon as the results started to come in, the pound started to plunge. From around $1.50 before the polls closed, the pound dropped to $1.45, then $1.40, and then to $1.34, its lowest level since 1985. It was the worst day for sterling since the currency floated in the early 1970s. The shock was also reflected in equity markets, both within and outside Britain. The Nikkei 225 average in Tokyo has dropped 8%.

For Europe, the shock will also be profound. Britain will be the only major country (apologies to Greenland) to leave the EU. The solidarity of the EU has been diminished; already there have been calls for exit referendums in Denmark and the Netherlands. Disruption to British trade will also have some economic impact. The euro, while rising against the pound, has fallen against the dollar and yen. For more on this read the Economist's full report here.

Yesterday a C/Net report stated that "Those wanting to leave are justifying their position with arguments about British sovereignty, the amount of money the UK sends to the EU, and uncontrolled immigration. However the main thrust of their report that was published just before the Brexit vote concluded centered on a few topics such as "What has the EU ever done for Tech and The British Tech-industry Vote. For more on this, read the full C/Net report here.

The Hill reported yesterday that "House Speaker Paul Ryan on Thursday called out President Obama for weighing in on the United Kingdom's vote to stay in or leave the European Union. Ryan joined several Republican lawmakers by refusing to state a preference as British voters head to polls, while Obama has urged the nation to stay in the EU.

"I'm going to do exactly what the president did not do and not weigh in on this, and send the signal to our great friends and allies in Britain that we stand with them regardless of what decision they make," Ryan told reporters.

Obama in April said he wanted the U.K. to remain in the EU and warned that Britain would fall "to the back of queue" for negotiating trade deals in the U.S."

CNN reported today that "Donald Trump says that UK's vote to leave the European Union "might have been different" if President Obama had not voiced his support for EU unity."

Whether Brexit will affect Apple's tax case in Ireland with the EU is an open question. Will the EU have any authority on this matter any longer? Only time will tell.