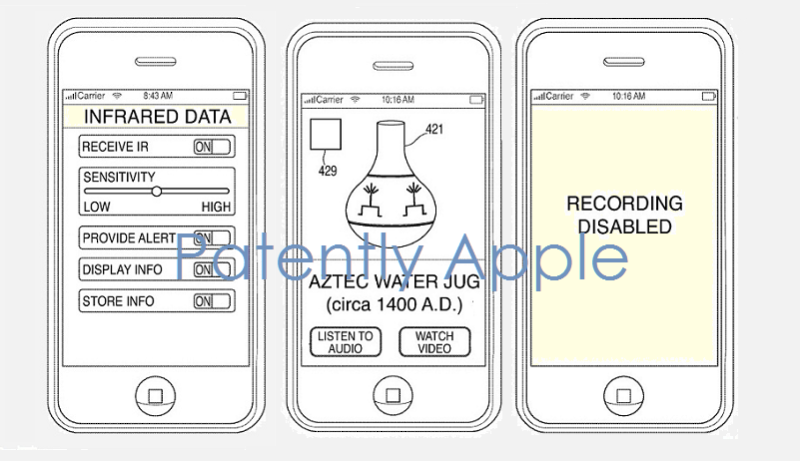 The U.S. Patent and Trademark Office officially published a series of 44 newly granted patents for Apple Inc. today. In this particular report we cover an Apple invention that pointed to the coming indoor GPS trend that is about to come to market first with the Lenovo-Google Tango smartphone this fall. In our report covering the Lenovo phone we pointed to a feature that will be introducing augmented reality. To a certain degree this is covered in today's  granted patent. Apple's technology discusses working with venues like a museum that could provide visitors with guided tours and beyond on a future iPhone. In 2014 we posted a report titled "Apple and Google Headed for an Indoor Location Services War," and indeed they are with Lenovo-Google taking the first shot. The second aspect of today's granted invention caused a massive roar from techies who were upset with the camera being able to block smartphone video recording at concerts.

Granted Patent: Systems and Methods for Receiving Infrared Data with a Camera Designed to Detect Images based on Visible Light

Apple's newly granted patent generally relates to infrared data transmission. In particular, this is directed to systems and methods for receiving infrared data with a camera designed to detect images based on visible light. To review this invention in more depth, review our original report here. 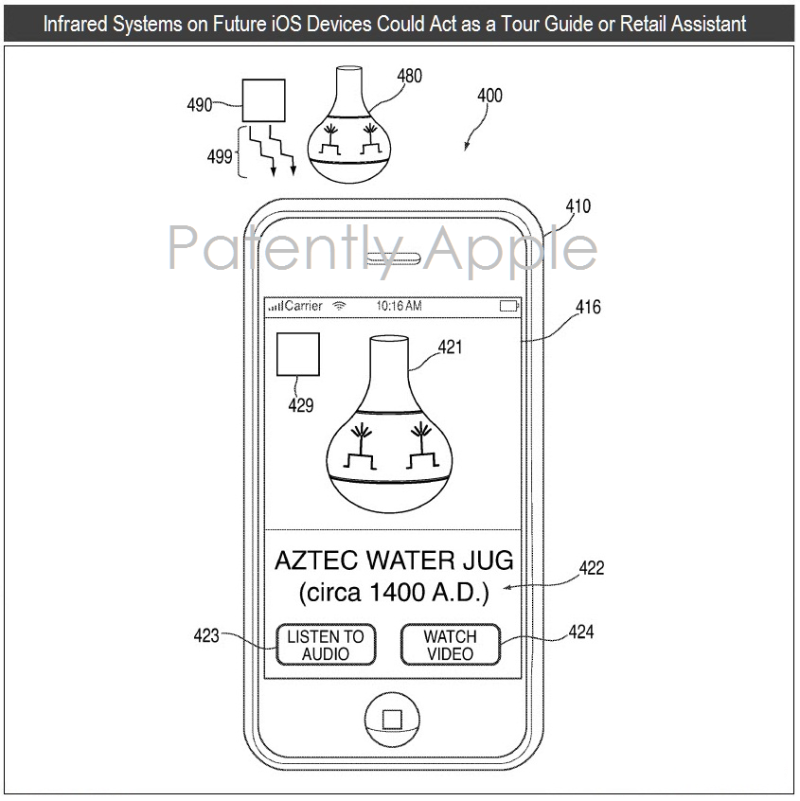 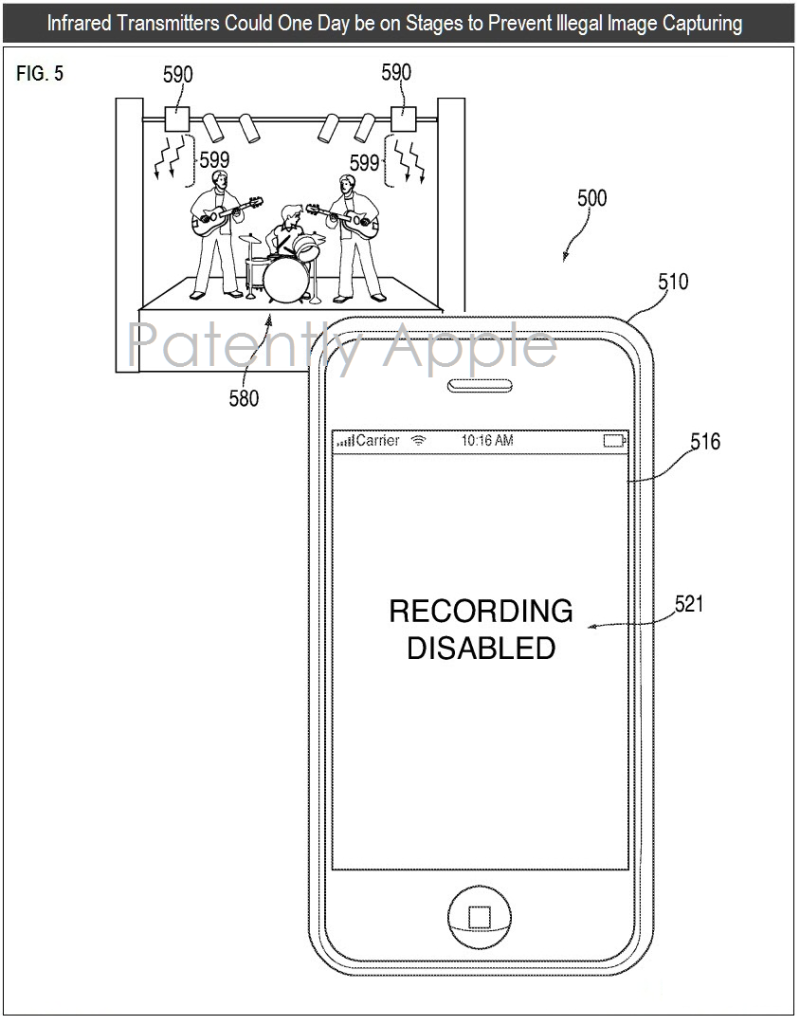