The U.S. Patent and Trademark Office officially published a series of 33 newly granted patents for Apple Inc. today. In this particular report we cover two inventions relating to Apple Stores. 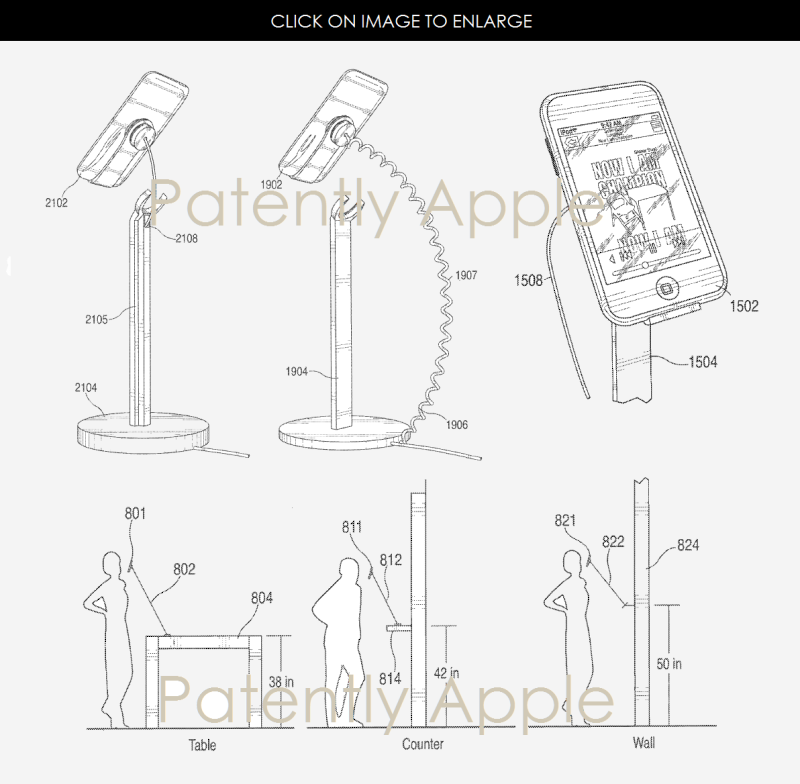 Patently Apple first covered this granted patent as a patent application back in Q3 2011. See our original report for more graphics and details. Today's granted patent 9,373,236 dates back to 2010. 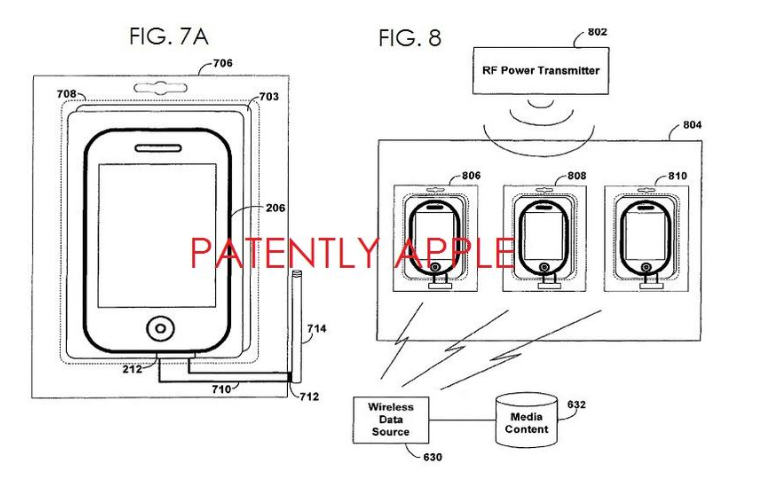 Apple's patent FIG. 7A noted above shows us an example of an active packaging design. To provide power to electronic media device, Apple states that a wireless power receiver module may be built into or attached to the active package. For example, the antenna 714 may receive RF signals from an RF power transmitter and convert the received RF energy into direct current. The current may be used to power or charge the electronic media device while it's housed inside the active package.