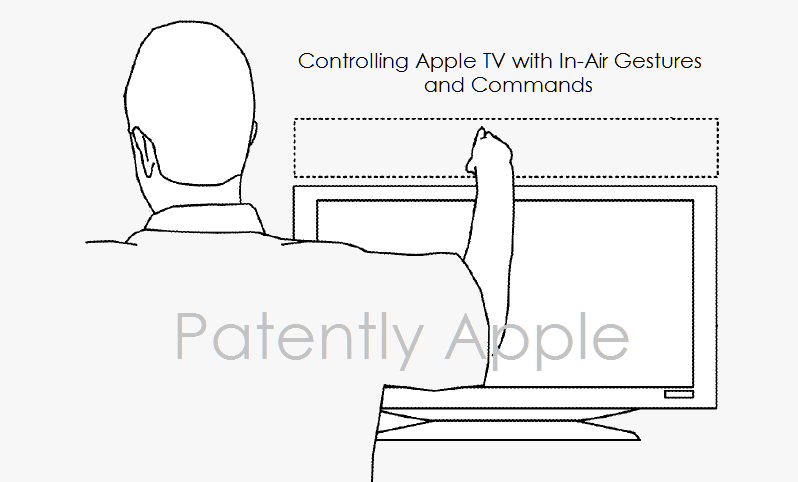 Earlier this morning Patently Apple posted a patent report titled "Apple Wins Patent for a 3D GUI Gaze-Enhanced Virtual Touchscreen." The patent covered a computer system that could implement a non-tactile three-dimensional (3D) user interface. The report illustrated how the 3D interface could be used to advance the iMac with a gaze-enhanced virtual touchscreen. We updated the report to also show that the system hints at having a dimension to it that resembles HP's Sprout computer where physical objects could be scanned into the system to be part of a report or to eventually be sent to a future 3D printer. The technology, according to the patent, was destined for Windows 8 before Apple acquiring the company. Today, a second Apple/PrimeSense 3D camera patent has been granted that illustrates how it could possibly working with Apple TV in the future to control iTunes content for music, movies, photos and more. 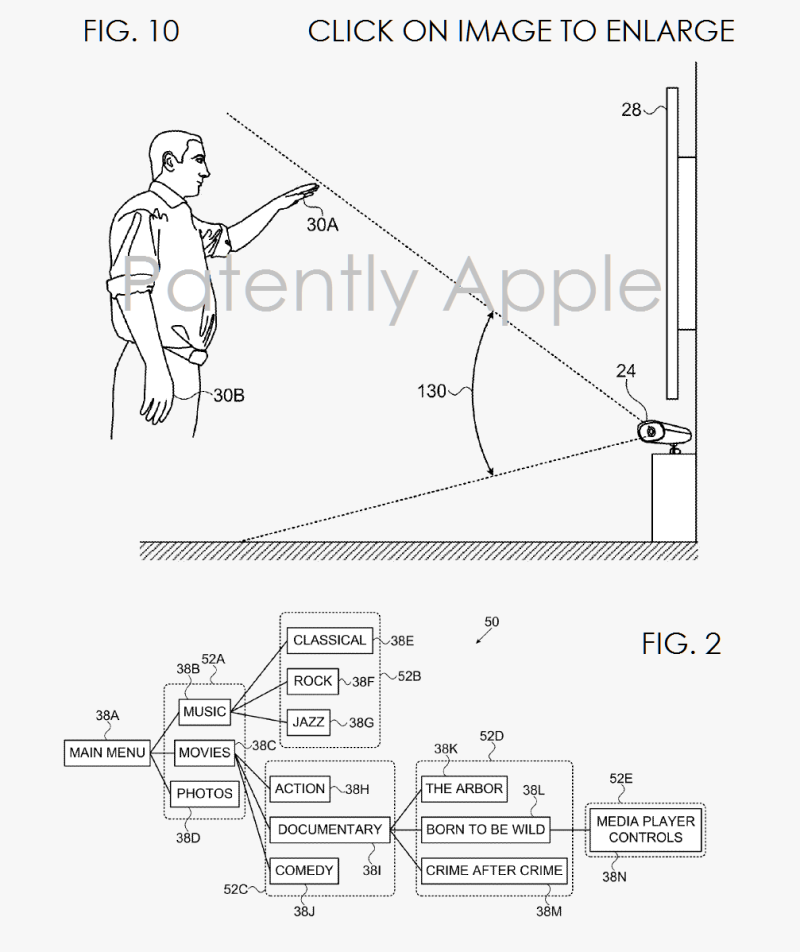 Apple's patent FIG. 2, from their granted patent titled "Zoom-based gesture user interface," is an schematic illustration of a tree data structure that the computer can present as a series of hierarchical ZoomGrid surfaces; FIG. 10 is a schematic illustration of the user positioning both hands within a field of view of a sensing device coupled to the computer system implementing a non-tactile zoom-based user interface.

When you combine this current invention with the other one that we covered this morning, you realize that you'll be able to use advanced in-air gesturing to control, pinch and zoom, rotate and press virtual buttons to control Apple TV's user interface without a remote if so desired. Between that and advancements to Siri, Apple TV definitely has an exciting future.

Apple's granted patent 9,377,865 was originally filed in Q2 2013 and published today by the US Patent and Trademark Office.