The U.S. Patent and Trademark Office officially published a series of 46 newly granted patents for Apple Inc. today. In this particular report we cover a major touch related patent that first surfaced prior to the launch of Apple's iPad. We covered some of it in a special report titled " Apple: The Tablet Prophecies." The original patent goes back to the year the iPhone first debuted. The invention covers pinch and zoom, virtual knobs and dials and host of other gestures that have never surfaced to date. Additionally our report covers turn-by-turn 3D maps and a number of design patents for Apple Watch, AirPort Extreme and more. We wrap up this week's granted patent report with our traditional listing of the remaining granted patents that were issued to Apple today. 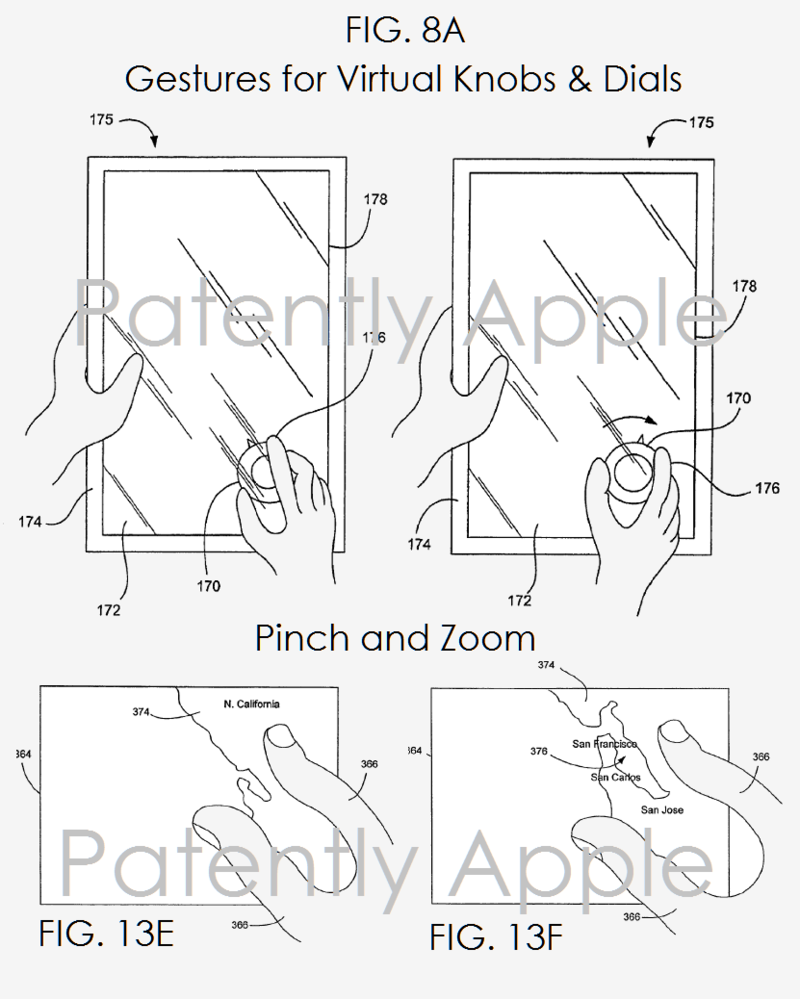 Apple's granted patent is directed to the detection of "real-world" gestures that can be generally recognized to mean certain things by a touch or hover sensitive device to more efficiently and accurately effect intended operations in computing systems. These gestures can include pinch and zoom (as noted in FIGS. 13E AND 13F above), gestures of turning knobs or dials (as FIG. 8A), as well as "OK gestures," "grasp everything gestures," "stamp of approval gestures," "circle select gestures," "X to delete gestures," "knock to inquire gestures," "hitchhiker directional gestures," and "shape gestures." In addition, gestures can be used to provide identification and allow or deny access to applications, files, and the like.

Apple's granted patent 9,367,959 was originally filed in Q3 2012 and published today by the US Patent and Trademark Office. This is Apple's second granted patent on this invention. Their first granted patent was covered in a February 2016 report. We originally covered this and 27 other mapping patents back in December 2013. 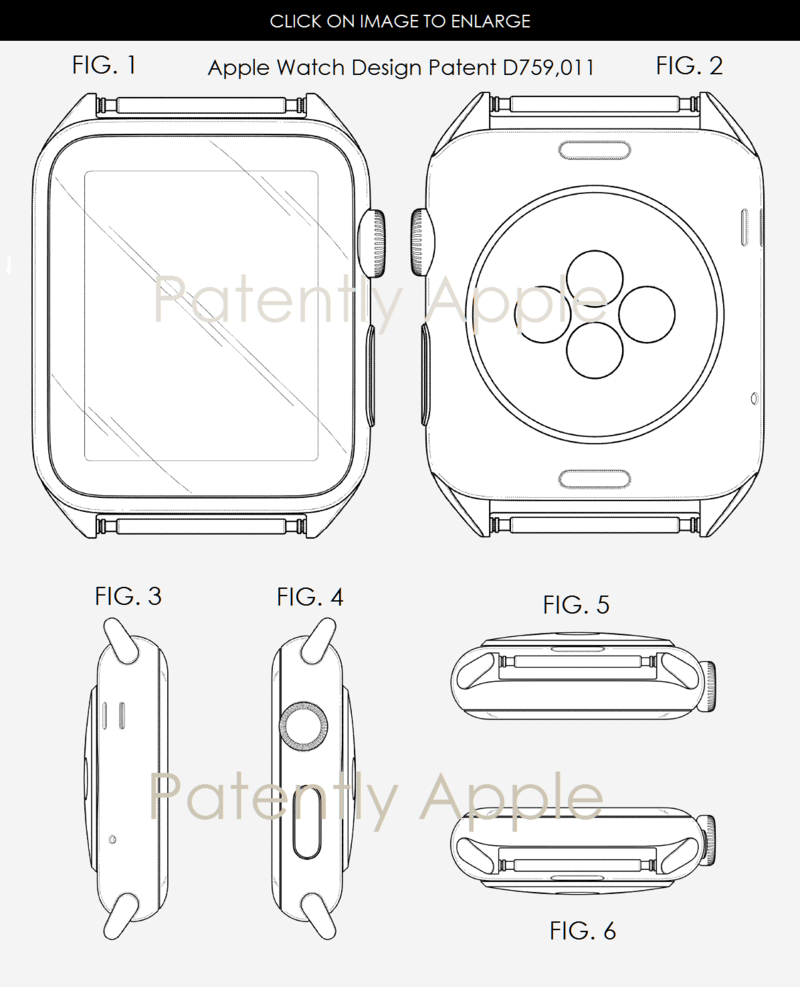 The other Apple Watch design patents granted to Apple today include were covered under patent numbers D759,121 and D759,120. Below are designs for a connector, AirPort Extreme and the iPhone 5C. 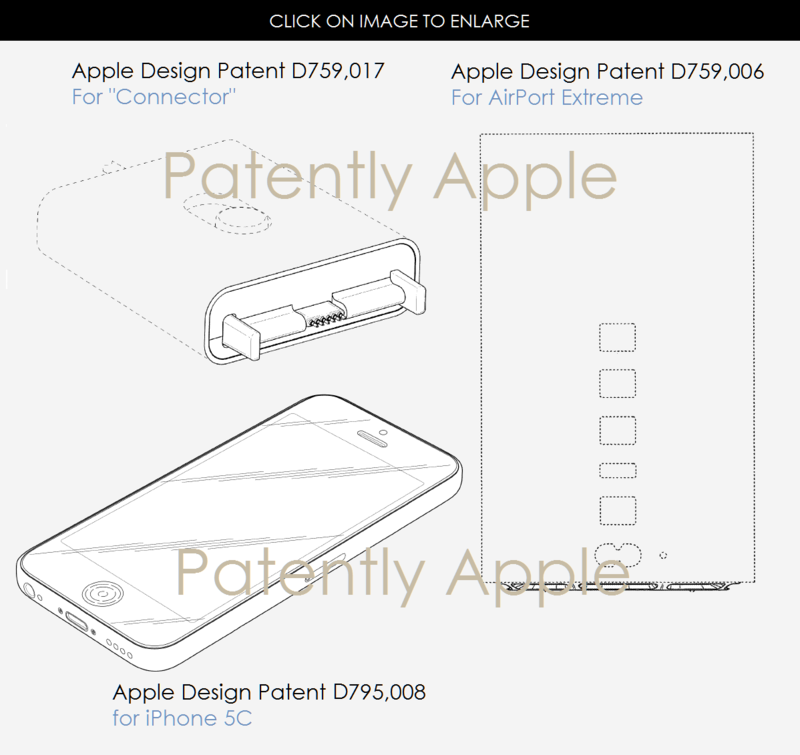 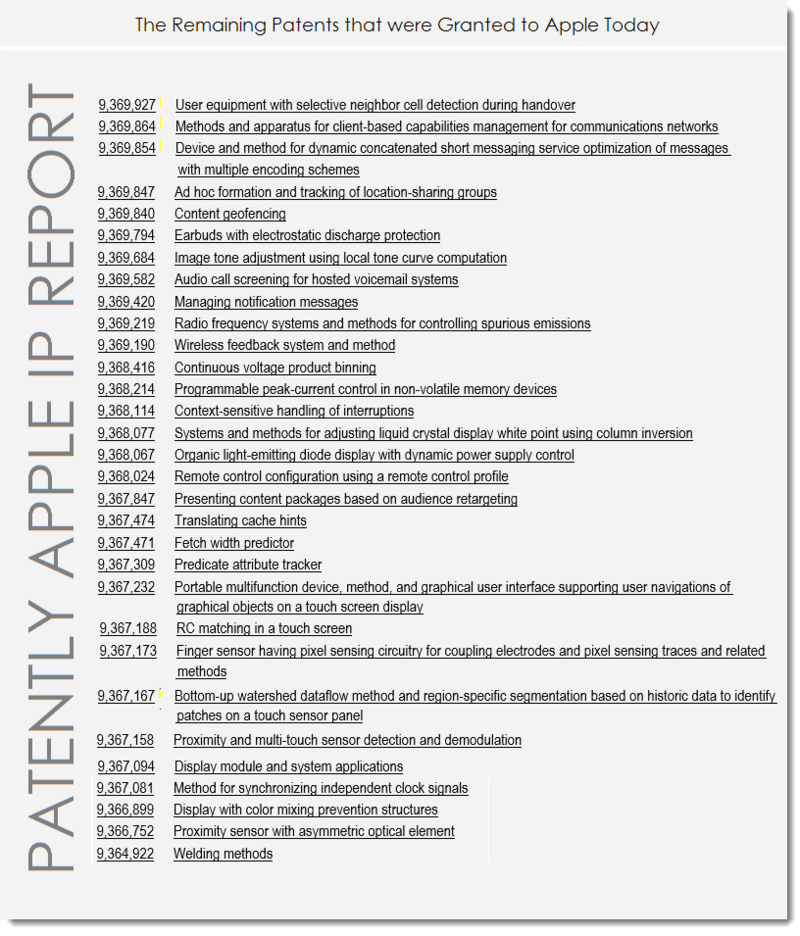