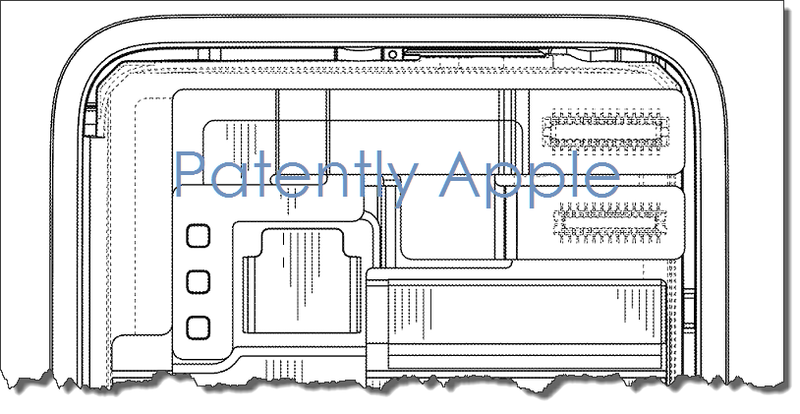 The U.S. Patent and Trademark Office officially published a series of 45 newly granted patents for Apple Inc. today. In this particular report we cover one of the original Touch ID inventions regarding on-chip security against fraud, tampering and viruses. Apple was also granted a series of design patents covering Apple Watch and more. We wrap up this week's granted patent report with our traditional listing of the remaining granted patents that were issued to Apple today.

Granted Patent: Secure Off-Chip Processing such as for Biometric Data

In many systems, measures are taken to protect the acquired biometric image data, enrolled data, and the comparison and analysis process, often stored and processed on special hardware, from fraud and improper tampering and use. Often this protection involves isolating the secure biometric data acquisition, storage, and analysis elements from the host system's processor and memory, which are often not secure, and are vulnerable to compromise from such attacks as computer viruses, hacking, etc. Therefore, systems which resist compromise by computer viruses and other security attacks and in which the comparison and analysis process takes place on specialized hardware resources are often referred to as secure biometric data processing systems. 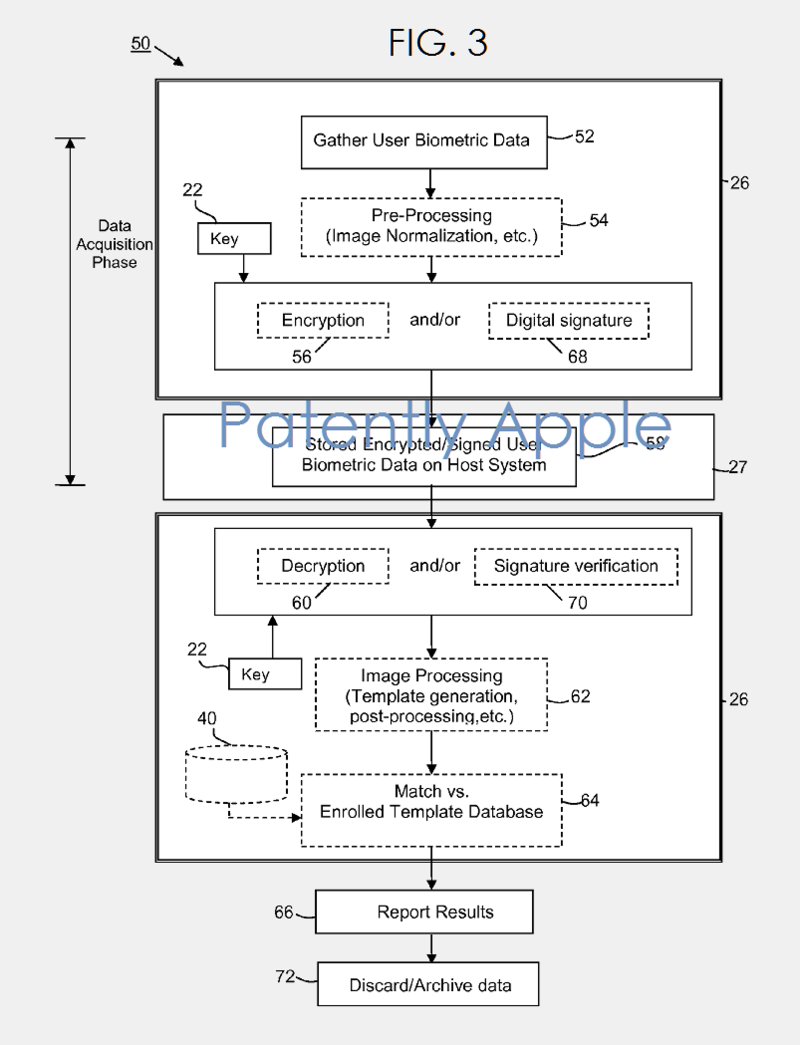 Apple's granted patent 9,361,440 was originally filed in Q4 2007 and published today by the US Patent and Trademark Office. The lone inventor of this patent is acknowledged as Alan Kramer who has invented patents for Apple, Authentec, STMicroelectronics, Whirlpool, Bank of America and others. 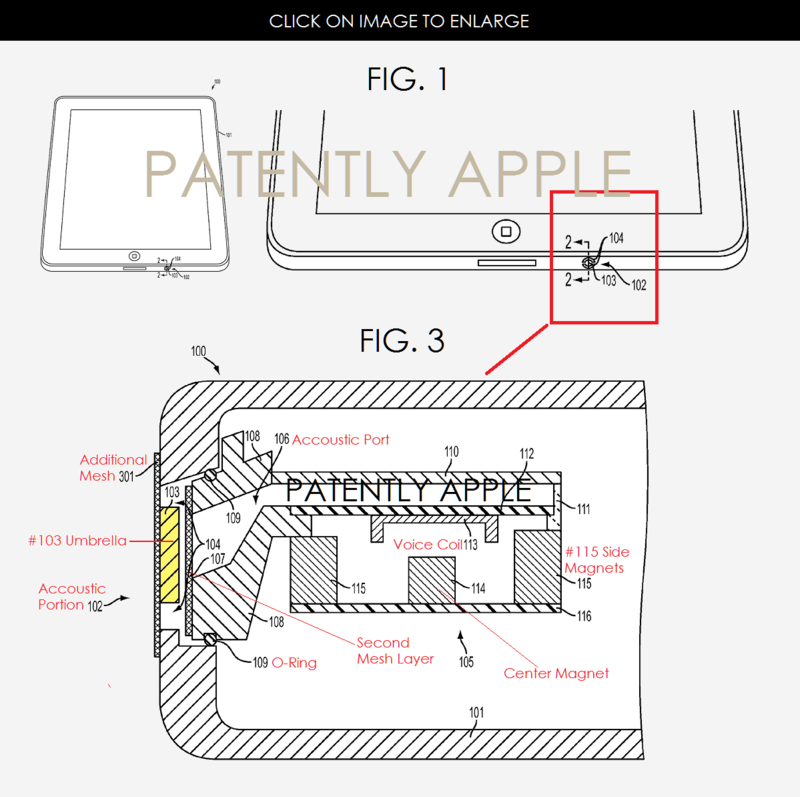 Apple was granted several noteworthy design patents today. One of the designs covers a display structure used at retailers like Best Buy who offer an Apple store-within-a-store kiosk area. Apple was also granted another Apple Watch design patent for the overall "Wearable Device," and the "Remote" part of Apple's EarPods and headphones. 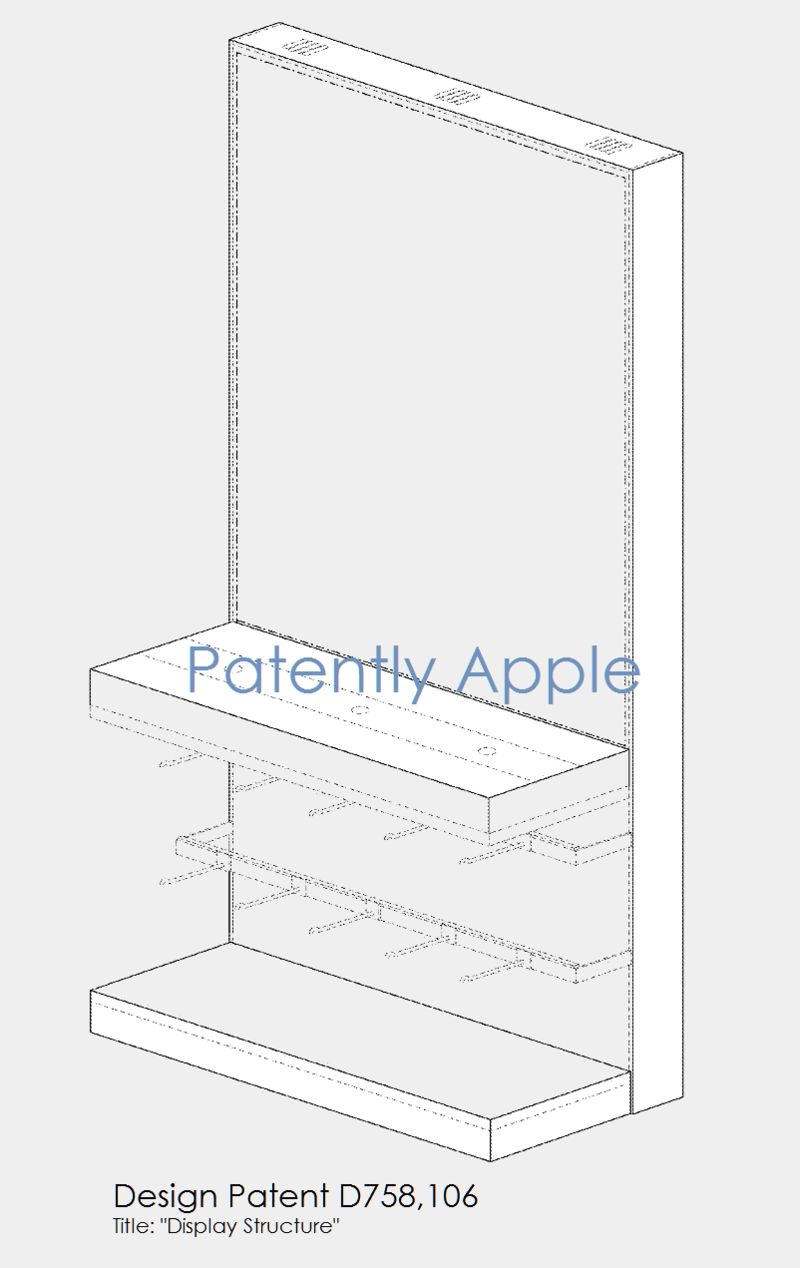 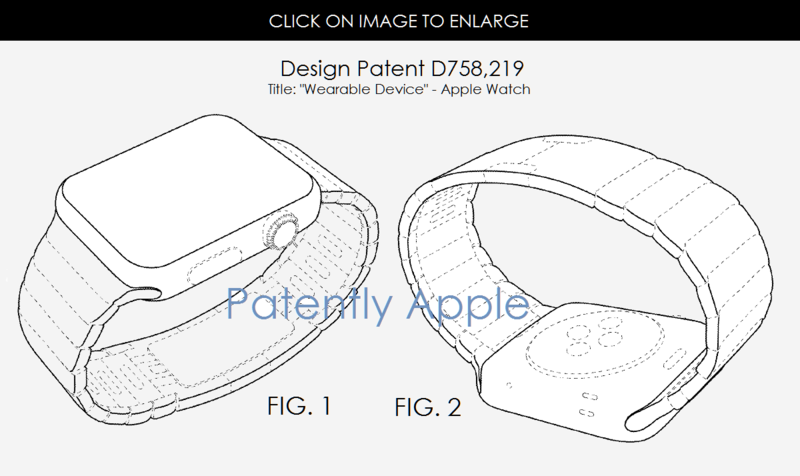 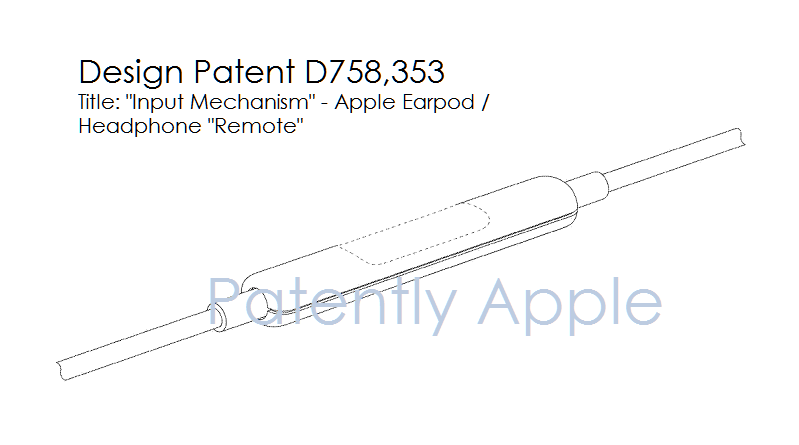 The last design patent of interest relates to Apple Watch and in particular the display. What could be interesting here is that although the design is about the display, Apple is showing us various angles of the Apple Watch and in particular the inside of the Apple Watch in FIG. 4. What's curious about FIG. 4 is that it differs in construction from that we're able to see in this iFixit teardown. While the design is close, it's definitely different in addition to not illustrating the digital crown. In the big picture, this could mean nothing or it could be that we're seeing a next-gen version of the Apple Watch. Unfortunately design patents don't provide us with any detailing to assist us in determining the nature of the design we're being presented with. 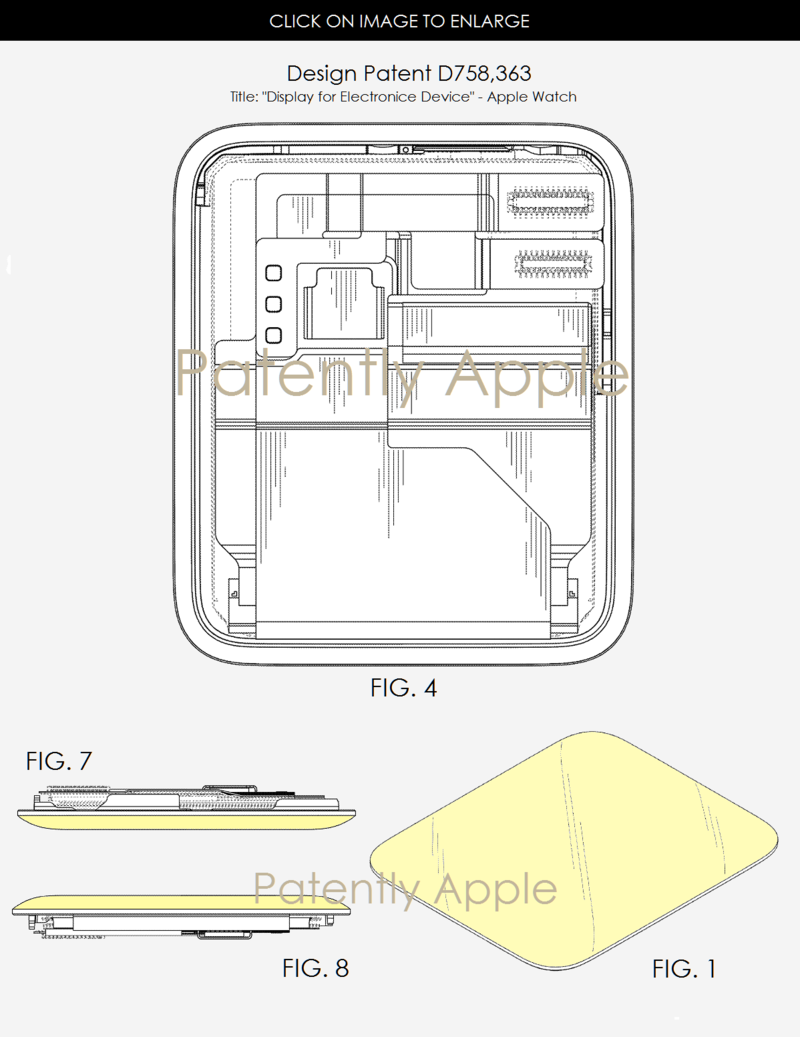 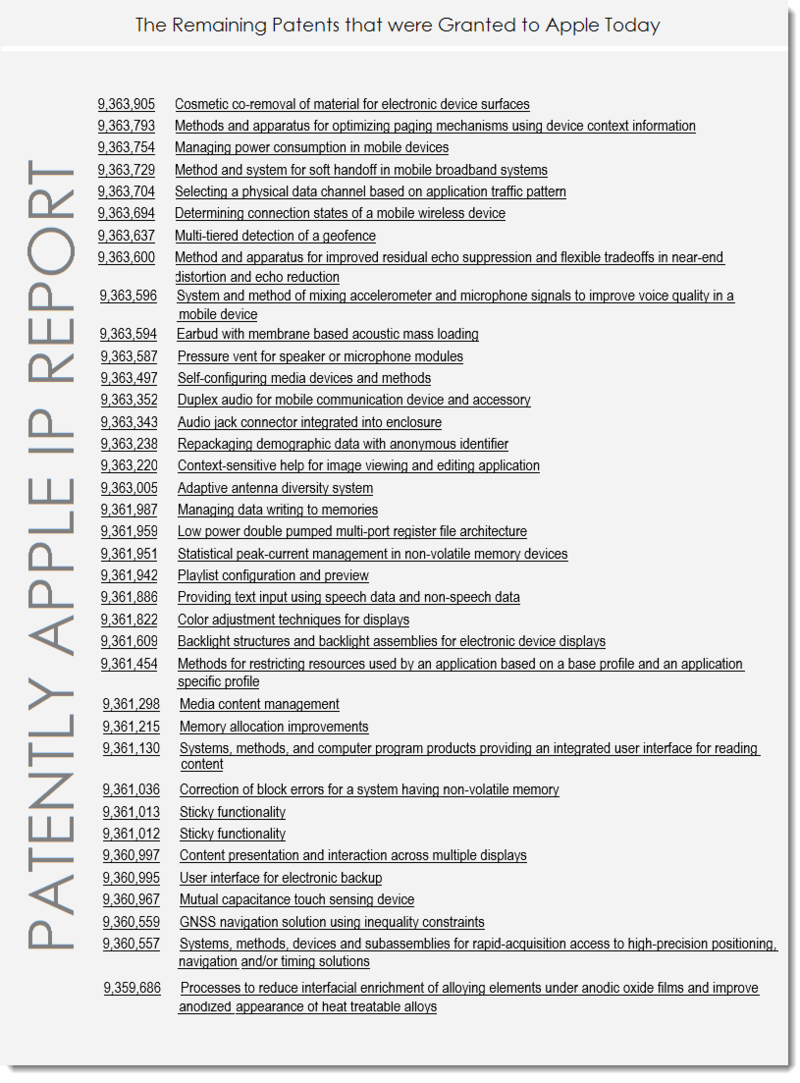