Home Archives Contact Us Subscribe Twitter MeWe Facebook Patently Mobile
Inventor Sues Apple for More than $13 Billion for ripping-off his Idea with the iPhone
Apple, Microsoft and Google are ready to Battle it out with competing 3D Depth Cameras

Apple Could Introduce a 3D Touch iPhone Home Button by 2017

In February Patently Apple posted a patent report detailing a 3D Touch Home Button, one that would appear flat on the surface of an iOS device like the iPhone as noted in our cover graphic. Yesterday analyst Cowen and Company said that Apple's stock was like a powder keg waiting to explode to the upside. Moreover, they apparently noted that their 'field checks' pointed to the iPhone 7 will introduce a newly-styled Home Button that will be flat and be force touch sensitive as Apple's patent presented. Business Insider who reported on this also noted previous rumors on the matter: "Instead of a physical mechanism, Apple will use its 'Force Touch' technology and a motor inside the iPhone to provide the sensation that the button is being physically depressed."

Unfortunately it appears that this story is primarily made up by stitching a series of rumors together. The good news is that Apple has a patent on this. So while it may or may not make it to the iPhone 7 this fall, it could make its way to the 2017 anniversary iPhone. 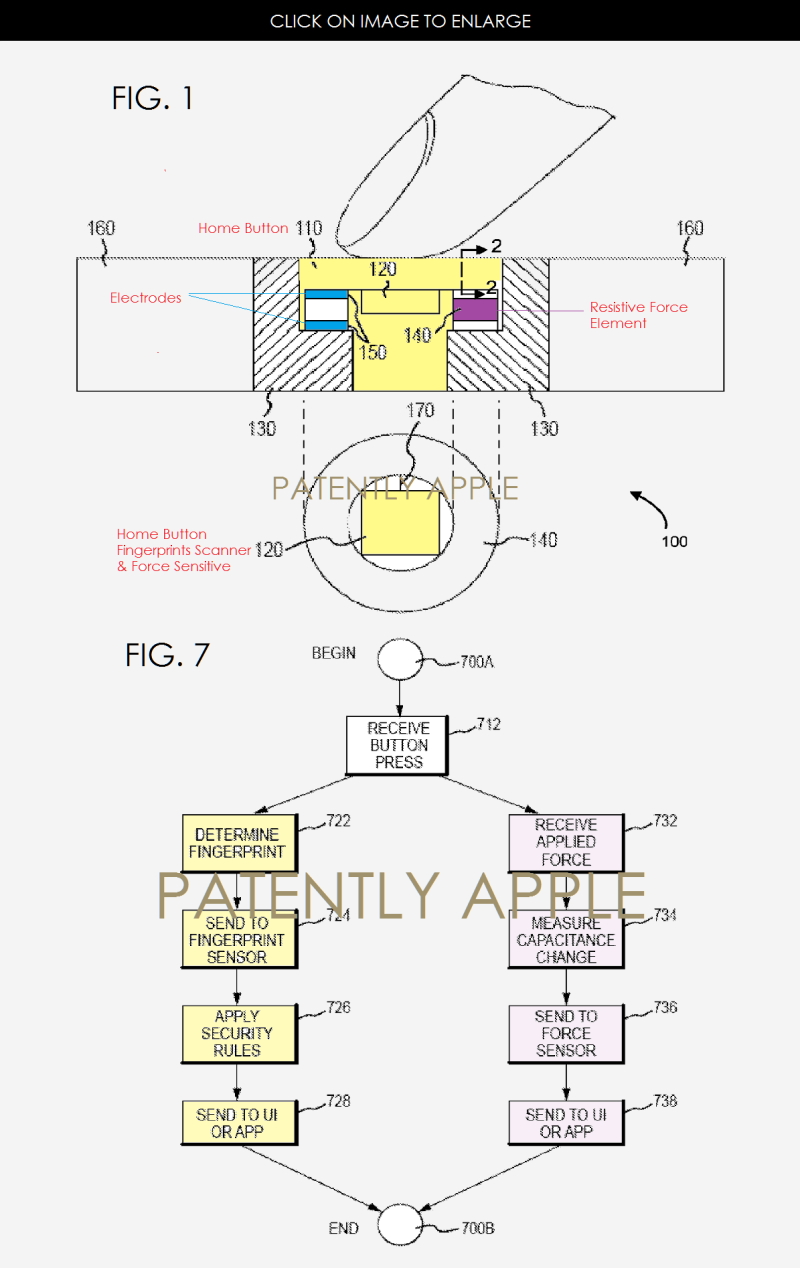 The concept of a virtual button for the iPhone replacing the classic Home Button isn't new. In fact it goes back to a 2012 Apple patent that also described using haptics to give users the feeling they were touching a physical button. So technically the recent 'rumors' are loosely based on things already reported on in patents. 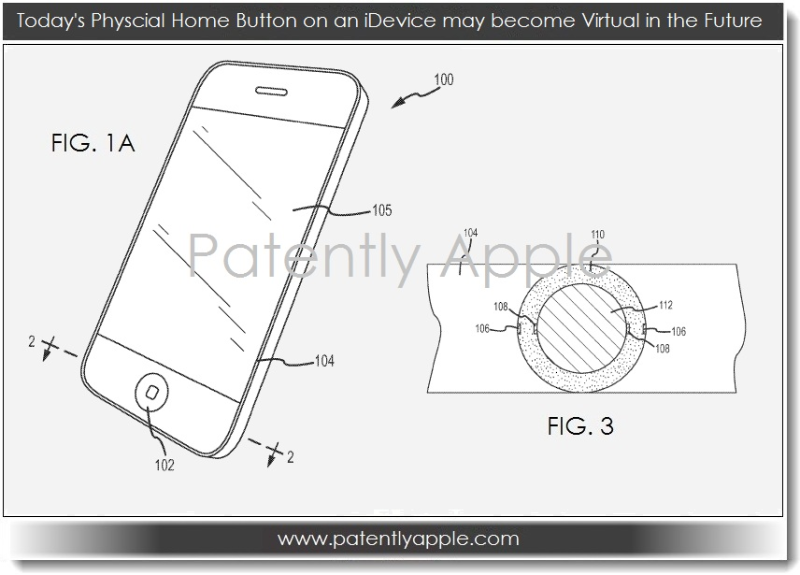