In March Patently Apple posted a report titled "Apple Patent Reveals a Future iPhone using Touch ID to Gain Access to a MacBook without a Password." Our cover graphic illustrates a patent figure from that patent application from Apple. The invention revealed a future method of using the iPhone's Touch ID system to gain access to a second device, like a MacBook or iMac, without requiring a password. Apple made it even simpler at this year's WWDC 2016. Apple demonstrated a user wearing an Apple Watch with watchOS 3 that will allow a MacBook user to login instantly without a passcode.

Apple's watchOS 3 preview webpage highlights this feature as noted in the graphic below. Obviously Apple is trying to pump up Apple Watch sales for this fall, because a number of Apple's patents point to this convenience being available to iPhone users too, but Apple purposely chose not to introduce this feature at this time.

Today, the U.S. Patent and Trademark Office published a continuation patent from Apple titled "Wireless Pairing and Communication between Devices Using Biometric Data" that reveals a major overhaul of their original patent filed back in 2014. To see the changes made to their invention you simply have to compare the patent claims of both from the links provided to you above.

Apple's patent FIG. 8 noted below is a flow chart illustrating a seventh example method for wireless pairing and communication between devices using biometrics. 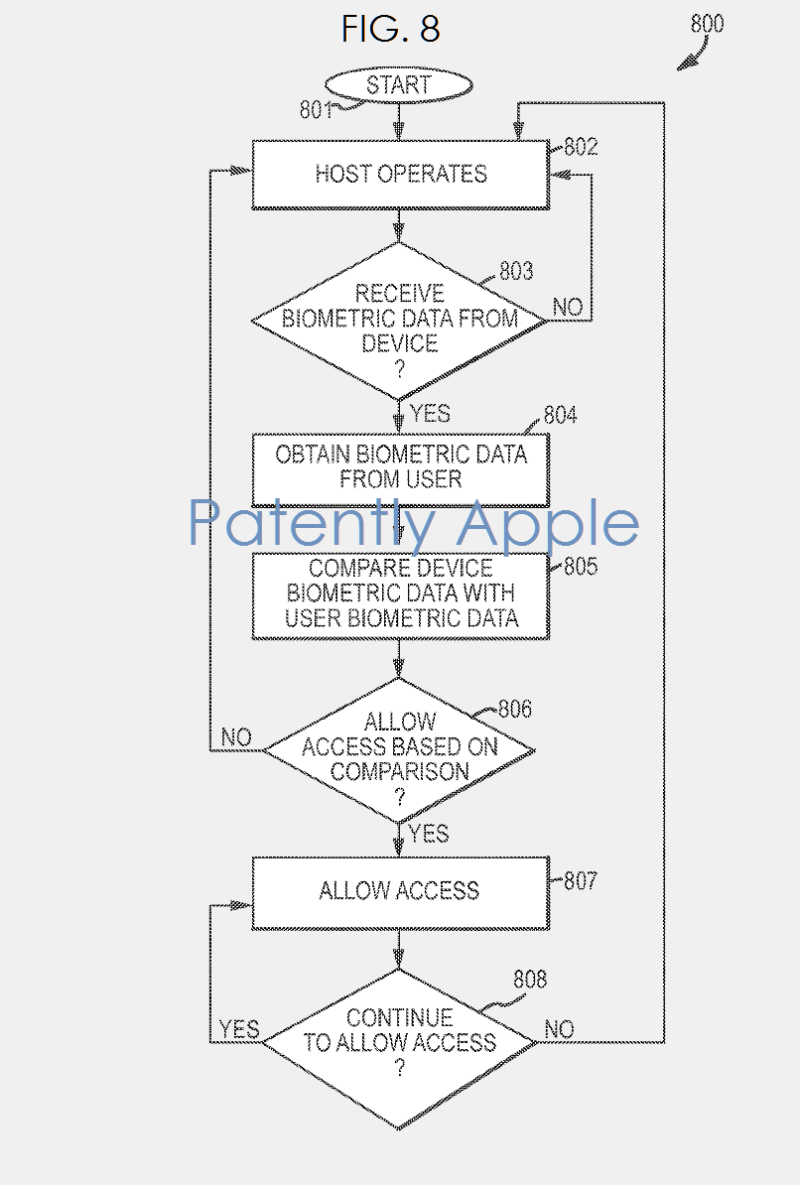 With Apple shifting to OLED displays for their 2017 iPhone line-up, today's patent application is timely in showing us that Apple is also working on waterproofing these very OLED displays. Of course Apple intends to extend this new process to future products using OLED displays such as the Apple Watch and Macs.