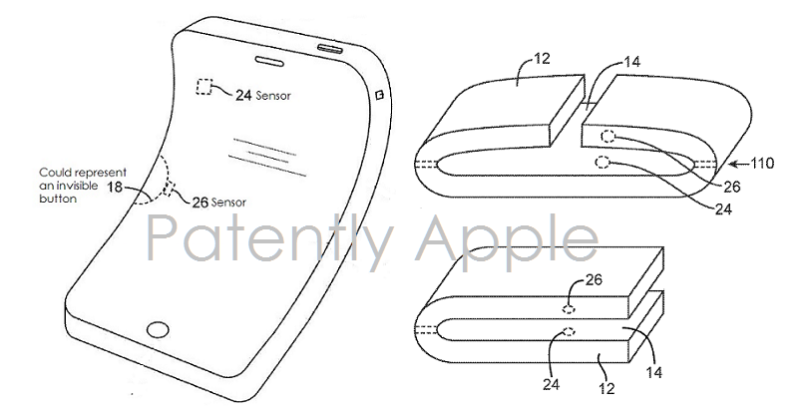 In April 2015 Patently Apple posted a report titled "Apple continues their Work on Possible Future iDevices with Flexible Form Factors and Displays." Apple was updating their original 2013 patent application that we discovered in Europe. Today, the U.S. Patent and Trademark Office published a continuation patent from Apple that reveals that they're once again advancing their invention. Apple's latest moves describe the flexible iPhone housing being comprised of a fabric.

While the original flexible iPhone patent provided multiple options for the material for the housing in the body of the patent filing, Apple didn't commit to a material in their patent claims. In the filing revealed today, Apple single's out 'fabric' over metal, flexible plastic, fiber or silicone as the material of choice. The word 'Fabric' is now found in patent claims 9, 11, 12, 13, 15-20.

In May our Patently Mobile IP blog posted a report titled "Samsung Continues to Work on a Foldable Galaxy Smartphone." During the Rutberg's Future Mobile conference earlier this month, the president and CEO of Samsung in North America Gregory Lee claimed that bendable smartphones were "right around the corner." Our report in May caused a stir in the Android community.

In May we also posted a report titled "Apple likely to Adopt Game Changing Silver Nanowire-Based Flexible Touch Displays for Future iOS Devices." If Apple were ever to develop a foldable iPhone or iPad (single of double fold) they would have to adopt silver nanowire based technology.

The bottom line is that if Samsung were ever to launch a flexible/foldable smartphone design that happened to be popular, Apple has a few patents of their own for this category of device and would be able to quickly respond in kind. Below are patent Figures from Apple's updated/continuation patent filing published today. 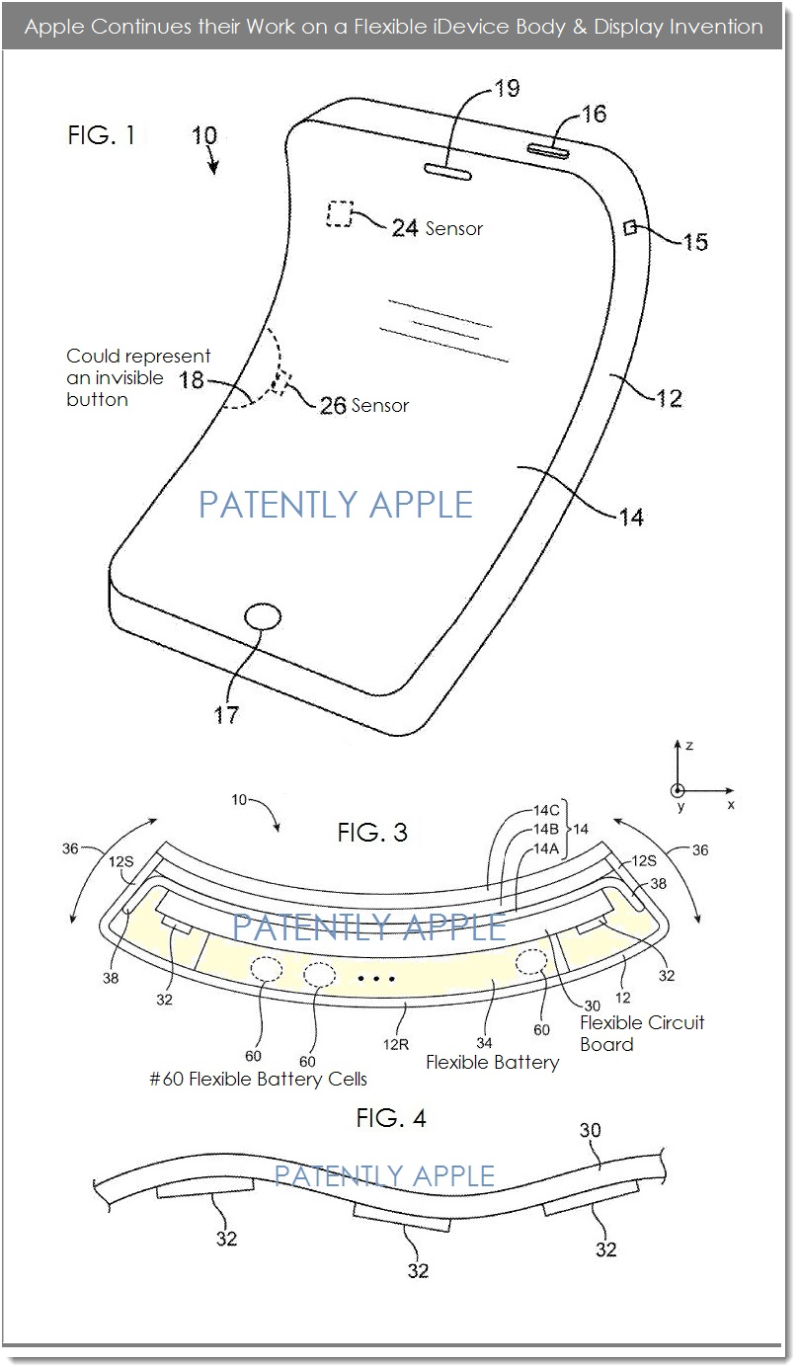 Concept of Folded iPhone or iPad 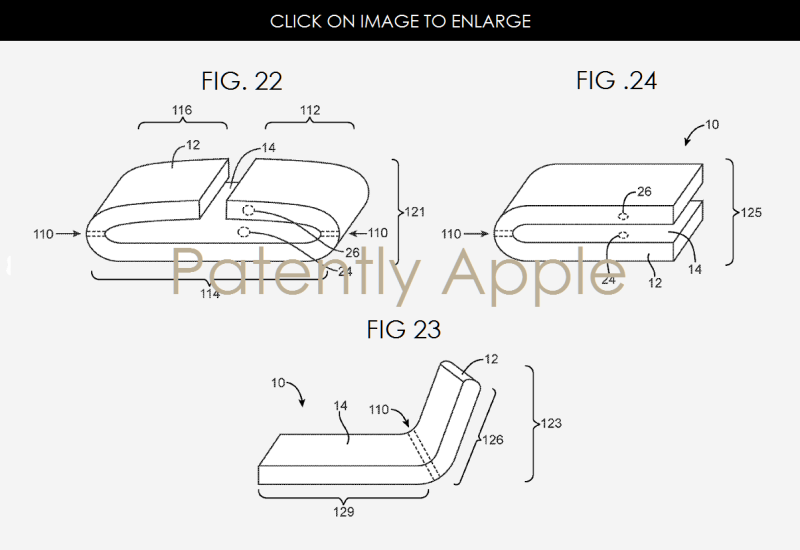 Apple continuation patent 20160179253 was filed in Q2 2014. Considering that this is a patent application, the timing of such a product to market is unknown at this time. For more details for the overall invention beyond the new fabric housing, see our original report based on Apple's European filing here.